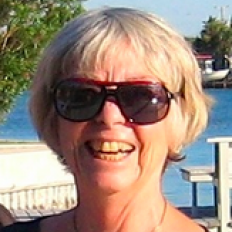 Donna Marie Oglesby spent more than 25 years as a Foreign Service Officer with the United States Information Agency (USIA), serving in Thailand, Paraguay, El Salvador, Austria, Brazil and Washington, D.C.. She capped her career by serving as USIA Counselor, the agency’s highest-ranking career position. While in the Foreign Service, she received the Alliance for International Educational and Cultural Exchange Award for Outstanding Service, the Presidential Distinguished Service Award and the Edward R. Murrow Award for Excellence in Public Diplomacy. Since retiring from the Foreign Service, Oglesby taught 1997 -2017 at Eckerd College in St Petersburg, Florida. Her articles on diplomacy have been published by the United States Institute of Peace, The Foreign Service Journal, The SAIS Review and CPD Perspectives in Public Diplomacy. Her chapter on ‘Diplomatic Language’ was published in The SAGE Handbook of Diplomacy (London: SAGE, 2016). Her article, Sowing the Seeds of Diplomacy on Hard American Ground was published in The Hague Journal of Diplomacy 12 (2016) 283-315.