Home|Culture Posts: More Than You Know

Culture Posts: More Than You Know

“One often makes a remark and only later sees how true it is.” Ludwig Wittgenstein

"Culture does matter,” insisted aspiring Republican presidential candidate Mitt Romney on his return from a three nation trip abroad this week. Readers of Culture Posts and Winnowing Fan surely share the belief. Yet Mr. Romney's words, first spoken at a political fundraiser in Jerusalem's King David hotel, shocked our sensibilities. How and where he spoke the words "culture makes all the difference" revealed the limits of his world.

The Culture Post series began with the intent to explore the cultural underbelly of public diplomacy. I like the phrase. It suggests to me that, whether we are aware of it or not, we always carry our culture with us. Soft and vulnerable, the underbelly both gives birth and is easily wounded. Culture, in its universality, creates, and by its differences, ruptures, the cords of connection across the human dimension of our global life.

Surely, Mr. Romney’s wounding Palestinian dignity by highlighting a cultural causation of the economic success of the Israelis in comparison to their Palestinian neighbor's impoverishment was unintentional. Mr. Romney denies talking about Palestinian culture, of course. Nor was he speaking to Palestinians. But, his intended audiences were not the only ones listening. The message he thought he sent was not the only one received.

It might be fair to see Romney as a realist, in a philosophic sense, who takes for granted a certain way in which his actions and speech relate to the world outside of himself. As most of us do, he rides his horse onto the land, wherever it may be, and expects that the map in his head of the lay of the land corresponds to external reality. "Whatever we believe to be a true picture, Walter Lippmann (1922) wrote, "we treat as if it were the environment itself." Today's social constructivists carry that mind world relationship one step further and say that by acting in the world, based on the pictures in our heads, we are constructing objective social reality. 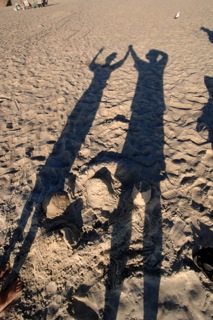 Thanks to the work of Dr. Glen Fisher (1997), we have come to understand these pictures in our heads as our mindsets. Had Mr. Romney read the book Mindsets: The Role of Culture and Perception in International Relations, as all my Eckerd College diplomacy students have, he might have understood that in diplomacy, we play it as it is. Each landscape we ride into is a cultural one full of meaning for those who live there. Not only is it a material world formed by its physical environment, but it is a social world populated by human beings who have history in memory, tradition, language and identity. In this mediated and networked world, while we are talking about nations in the abstract to make a point to one audience, those who comprise the objectified group are listening, reacting, and judging. It is personal with them.

This is particularly true, when we are in their neighborhood. Only 8.6 miles separate Jerusalem from Ramallah, where much of the Palestinian political leadership works. Speaking of the Palestinians as if they were a distant alien body instead of engaging in dialogue with Palestinian political representatives whose ancestral home and identity are formed in relationship to Jerusalem made Governor Romney seem both ill-informed and rude. Jerusalem's governance is politically contested, as Mr. Romney clearly knows. His rhetorical claim that Jerusalem is the capital of Israel was intended to improve his political fortunes with those American voters who see the Middle East more broadly through the prism of Israel's defense. Yet, his success as president, should he be elected, will depend on forming relationships of trust with all parties to the Palestinian - Israeli conflict and being seen to be trustworthy by the peoples whom they represent as well as others in the region.

He knows America is an exceptional nation with a unique world mission, he knows that God is guiding history, and he knows that America must stand by Israel — that miraculous sign of God’s continuing rule.

People of faith hold views about political authority and justice that are as varied as the faiths they hold. These views influence their politics, causing them to act in the world in both constructive and destructive ways. Their religiously informed views can lead to reconciliation and peace or separation and conflict. Students of the influence of culture on international relations understand that religion can be a significant factor in policy-formation and decision-making. Religion can form the "us" or the "them" or the very idea that there are an "us" and a "them." Acting in the world without reflecting on what beliefs influence our worldviews is not wise. Thinking of ourselves as rational actors does not make us so. Yes, we are driven by reason but also spirit, appetite, and fear, as Richard Ned Lebow argues in his magisterial A Cultural Theory of International Relations.

To help Mr. Romney become more thoughtful about the complex importance of culture on the world stage to which he aspires, I would like to suggest he add a few more titles to his "culture matters" bookshelf. I've already mentioned a few. We know he has read The Wealth and Poverty of Nations: Why Some Are So Rich and Some So Poor by David S. Landes and Guns, Germs, and Steel: The Fates of Human Societies by Jared Diamond because they are the books he cited to support his statement. Both are worthy reads. Interestingly, Mr. Romney's "clearer than the truth" interpretation of the causality of culture in Landes’ and Diamond's arguments is further proof -- if any were needed -- that we process information through our own cognitive and affective filters. Diamond has already disavowed Mr. Romney's take on his thesis, saying,

There is still time to take advantage of summer and encourage Mr. Romney to read in between campaign stops. Since we should want him to succeed as president were he to win the office, I suggest he might begin by taking the advice in an earlier Culture Post and read Raymond Cohen's Negotiating Across Cultures: International Communication in an Interdependent World. All my diplomacy students have.

Culture Post colleagues and readers are bound to have other suggestions. Culture does matter. Let's continue the conversation and help a potential American president become more aware of the truth of his remarks.