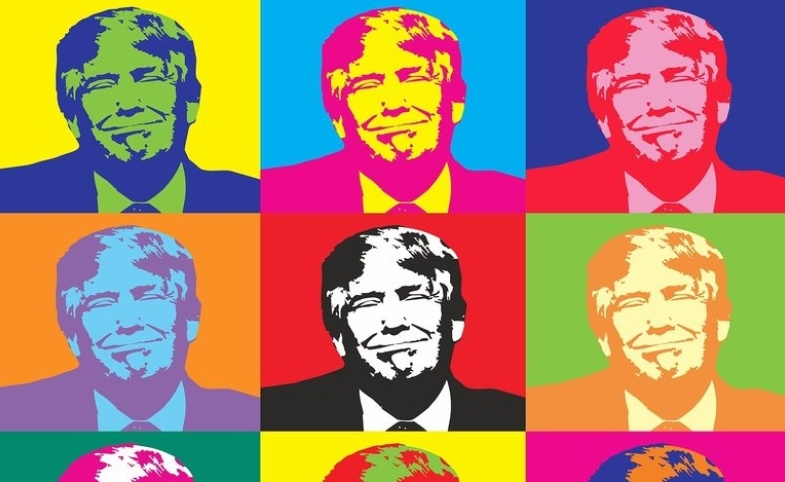 This is [Not] Diplomacy

Note from the author: The Dali/Duchamp exhibit at the Dali Museum in St. Petersburg, closing this month, examined the relationship between unconventional artists on the cusp of a new age. It offered an unconventional lens for understanding American diplomacy today.

Enter the exhibit. It’s 1917. The Dada Movement has freed language from traditional syntax and semantics; rebelling against those who weave devious tapestries of words to perpetuate their power. Join them: toss the words, cast them adrift, promote confusion and nonsense.

In this revolutionary space, language no longer provides a common world in which to take your bearings. Nor does art. The art within is anti-art. It is [not] art. The mission of the artists is to have no mission at all. They are anarchists. Theirs is a political act. They destroy in order to create anew. They provoke, mock, pervert and insult. There is no decency here. No reverence. There is only crude spectacle and novelty. Mona Lisa gets a mustache, a handful of filthy lucre, and Dali’s face. Gender is bent liberally to blur identity, and punched up to the point of erotica. Scientific certainty is challenged. What is truth?

The artists here are global nomads: anti-culture, anti-nationalism. They belong nowhere and everywhere. Craft, skill, expertise have no meaning here. The idea for a work is considered more important than the finished product. Buy a urinal, for example; flip it and render it useless. Call it art. In the category of art, anti-art is art, you know. The category ennobles the vulgar commodity, makes it a message.

The brazen artists ask, “Why should we respect prevailing aesthetic and moral standards? How can we have confidence in our enlightenment culture when the institutions, museums—arbiters of good taste—have brought us war, economic stagnation and death?” The established rules-based order is irrelevant. Take a chance and rebel. Blow it up. Give the smug art world something to gab about and make money from. People are so easily duped. As Marcel Duchamp himself said when Fountain, his urinal, was celebrated as a major piece of 20th century art, “I was drawing people’s attention to the fact that art is a mirage. A mirage exactly like an oasis appears in the desert. It is very beautiful until, of course, you are dying of thirst.” 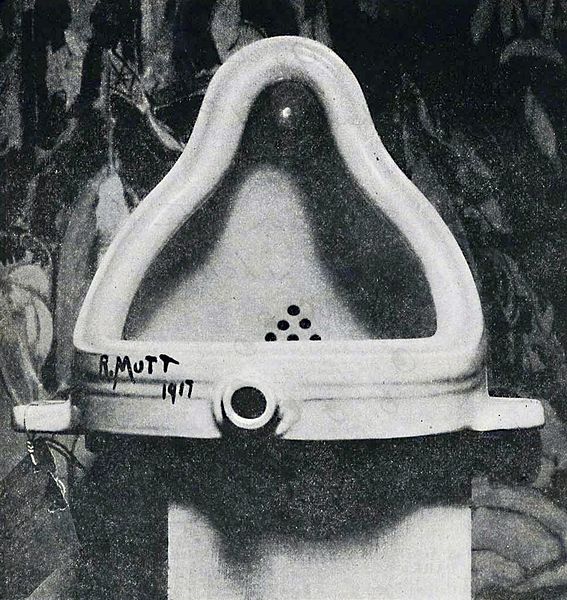 Now, leave the exhibit. It’s 2018—a hundred years later. In the post-fact world outside, lies are not penalized. Crudity is authenticity. Say something; then deny you said it—no problem. Make things up on the fly—that’s something to brag about. The world is rotten to the core. Assault the prissy political correctness that prevents us from telling it like it is. There is no right and wrong; there are only winners and losers at home and abroad.

A fabulist in a ready-made red baseball cap, loose blue suit and flapping red tie, leans across the threshold: “I have the best words. I am your voice.” Then: “Lock her up! Drain the swamp!” It is not what the words say, it is how the words feel, what the words do, that matters. Tell bald-faced lies and win the presidential sweepstakes. Speech acts are a game. Play to win. Then, take the act onto the global stage. Call it public diplomacy.

When what words say no longer matter, the meticulous word work with a life-and-death purpose that is diplomacy cannot exist.

In our domestic environment, illusions are made vivid, persuasive and realistic, so we can live within them. It helps when we avoid certain words: vulnerable, diversity, entitlement, transgender, fetus, evidence-based. It helps when we remove references to climate science from the EPA web site and tout “alternative facts.” Saying a whole lot of nothing is a way of not saying anything. Denying that words were said makes the possibility of a meaningful political dialogue impossible. Bunk is the point. Step outside the lie into the real world however, and disenchantment awaits.

Donald J. Trump is the anti-politician who entered a political contest and won the presidency. In not being a politician he became a politician, changing forever the category itself. He created an image, branded it and embodied it. The intentional image has effect and affect. It is skillfully executed. The execution of the image fascinates the media, apparently much more interested in what is seen, than what is really there. It is a show, we know. Politics is performance; it is [not] politics. It is [not] art. And, it leads to anti-diplomacy by commemorative coin. 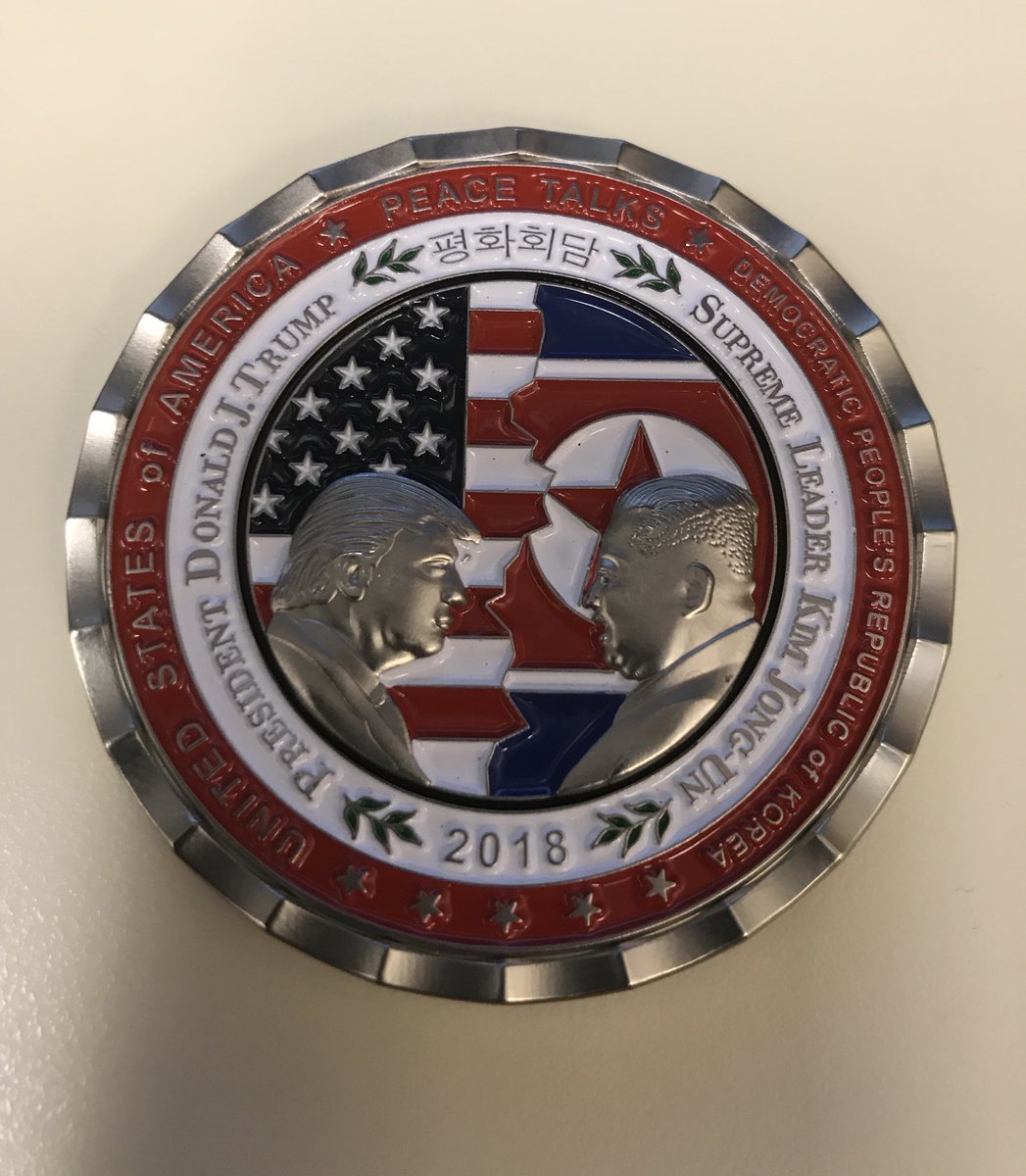 President Trump’s verbal and non-verbal language is certainly public. It gets the world’s attention. With cameras clicking, he refused to shake the German Chancellor’s hand when first they met. The world also knows he hung up on the Australian Prime Minister after chewing him out on their first get-acquainted call. He told Chinese President Xi Jinping about American airstrikes in Syria while eating “the most beautiful piece of chocolate cake that you’ve ever seen” in the Mar-a-Lago restaurant.

Now, the summit spectacle in Singapore is the newest —and perhaps most dangerous—on again, off again illusion of diplomacy. Twitter bluster and gushing “Dear Kim” letters must be what National Security Advisor John Bolton had in mind when he said, “My belief is diplomatic crises, 99 and 44/100ths percent of them, can be resolved with public diplomacy.”

When anything can be said and everything can be unsaid, nothing that is said matters. When what words say no longer matter, the meticulous word work with a life-and-death purpose that is diplomacy cannot exist. Act quickly, “the Korea Peace Talks and eventual, we pray, Summit Commemorative” coin is now on sale in the official White House Gift Shop.