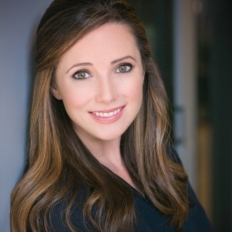 Since April 2018, Katherine has served as President and CEO of Global Ties U.S. She was 2016–2017 Council on Foreign Relations' (CFR) International Affairs Fellow and served as an Adjunct Assistant Professor at Georgetown University’s Security Studies Program and a Non-Resident Senior Associate at the Center for Strategic and International Studies’ (CSIS) Human Rights Initiative.

From 2013 to 2016, Katherine served as Executive Director of the U.S. Advisory Commission on Public Diplomacy at the U.S. Department of State, an office authorized by Congress to appraise and strengthen U.S. engagement activities with foreign citizens. She previously served in the United States government as an assistant to the National Security Adviser at the White House; as a Communications Adviser at the U.S. embassy in Kabul; and as a Professional Staff Member of the Committee on Foreign Affairs at the U.S. House of Representatives. Katherine also worked throughout South Asia as a Communications Manager for The Asia Foundation and as one of the original editorial staff members for Bloomberg View, the opinion platform for Bloomberg News. She received her Ph.D. in communications from Columbia University in 2013 and completed her doctoral fieldwork in Afghanistan and Pakistan where she examined their news media’s effects on security, governance, and civil society. In addition to serving on CPD's Advisory Board, Katherine is a Member of the Global Ties Foundation Board, Carnegie New Leaders Council, and a former Term Member at the Council on Foreign Relations.