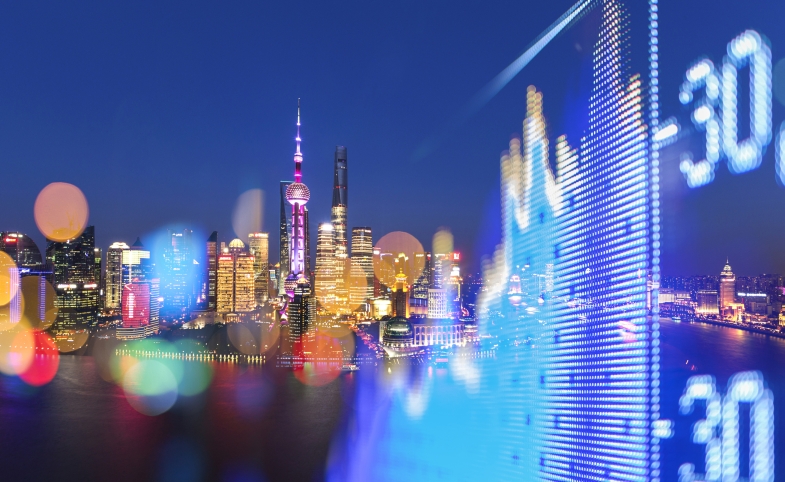 The Business Case for Human Rights in China

Note from the CPD Blog Manager: This article was originally published in “From Genesis to Revelation,” The Stern Stewart Institute Periodical #19, Munich, January 2019.

China is an irresistible magnet for foreign investment and trade. Deng Xiaoping’s 1978 reforms, maintained for 40 years, expanded China’s economy 10% a year, lifting 800 million Chinese out of poverty. With almost 1.4 billion people, China is a mega-sellers’ market. The Chinese government reported that in 2017, 35,652 foreign-funded companies were established, and foreign direct investment was valued at $136.72 billion—a 7.9% increase over 2016. That year, China and Europe had a trade flow of €573 million, and the U.S. over $635 million. Today, China’s economy represents over 19% of global GDP. That’s the good news.

The bad news is that throughout, China has remained politically repressive—and has become increasingly more repressive under Xi Jinping. For some, China’s “adaptive authoritarianism” is a tolerable model for a capitalist non-market economy, one that sacrifices transparency, accountability and rule of law. China has raised its standard of living, created millions of jobs at home and abroad as well as a consumer-driven middle class, experienced consistent, strong economic growth, and provided a tremendous market for foreign businesses, which begs the question: Are a healthy civil society, human rights, democratic freedoms and institutions really necessary? The answer is yes. And in light of China’s slowing economy and mounting debt, when a recession happens—and it happens in every economy at some point—the Chinese populace’s tolerance for repression is likely to evaporate, as it did in Indonesia during the 1997-1998 financial crisis.

In the beginning: The West’s optimism...or naïveté? The consequences of PNTR for China

The story of the West’s trade agreements with China demonstrates an unfounded optimism, or perhaps more suitably framed, a level of democratic determinism, in what open trade could achieve.

In 1980, the U.S. began granting “Most Favored Nation” trading status to China through annual waivers. Despite yearly opposition to renewal by a coalition that included human-rights activists, the U.S. approved “Permanent Normal Trading Relations” (PNTR) with China in 2001, and it joined the WTO. With WTO membership, disappearance of the U.S. government's yearly MFN review, and weak enforcement of the values side of the EU’s own trade agreements, China was unleashed to build its wealth and economy however it saw fit, with minimal outside political interference.

Instead of adopting democratic values of economic liberalism and multiparty democracy, and rejecting hegemonic designs, China ferociously resisted “Western values” as interference in its domestic politics, then increased repression and the closure of its society, and expanded its “Made in China” plans globally.

Despite this, once PNTR was granted, Western businesses dived in to take part in trillions in investments and trade. Although China’s preferential tax treatment has ended and its labor costs are rising, most multinationals make every effort to stay invested. Those who wish to do business must work within China’s increasingly difficult environment. This has created growing tensions for businesses. Some look away in order to continue making deals. Others acknowledge them, struggle and bend to demands.

Parallels exist. The characteristics of authoritarianism drive the Chinese government’s dealings with all sectors of society, even some foreign governments, as evidenced by China’s beholden cheerleaders at its November 2018 review by the UN Human Rights Council. Ultimately, Xi’s government does not approach businesses one way and activists another. They all sit somewhere on a murky scale balancing Xi’s need for total control.

Within the past few years, prominent multinationals Daimler, Marriott, Zara, Medtronic and Delta Airlines were publicly shamed and forced to apologize for marketing campaigns involving use of the Dalai Lama in ads, or references to Taiwan as a separate country.

Lancôme, the French cosmetics subsidiary of L’Oreal, canceled a 2016 concert in Hong Kong over a mainland Chinese social media uproar against pro-democracy singer Denise Ho. The Chinese government, provoked by mega-retailer Lotte’s sale of South Korean land for use by the U.S. military, forced the company to shutter its businesses in China, totaling losses over $1 billion.

Microsoft and Daimler have been subjected to “dawn raids” during which government anti-trust units tore through offices, took documents and computers with confidential IP, and subjected employees to intense questioning. In October 2018, global foreign banks were alarmed when a Singapore-based UBS banker on a business trip to Beijing was temporarily detained for questioning by the government.

Google quietly developed search engine “Dragonfly” for the censorship-happy Chinese market, contravening its sworn principles of advancing the free flow of information. U.S.-based company Thermo Fischer Scientific has supplied DNA sequencers to Xinjiang police without asking how they will be used, while Xinjiang public security authorities collect the DNA of Chinese citizens not suspected of crimes for purposes of profiling them, without their prior knowledge or informed consent.

We need to throw away the notion that foreign investment and trade are or ever will be a panacea for rights in China, but businesses can improve the business environment by using their leverage to support and articulate rights not just for themselves, but also for China’s embattled civil society.

Examples include, among so many others, the closure of centers providing legal aid, anti-discrimination work and public health information, such as Gongmeng and Yirinpeng, and the detention and torture of their respective directors Xu Zhiyong, Guo Bin and Yang Zhanqing; the imprisonment of bookseller Gui Minhai, a Chinese-born Swedish citizen now extremely ill, for the “crime” of publishing gossipy books about China’s political leaders; secret, unlawful “black jails” in state-owned hotels, nursing homes, and psychiatric facilities to detain Chinese citizens, mostly rural, angry “petitioners” who seek redress for local government abuses; the prolonged imprisonment and torture of dissidents, many of whom have died in detention or shortly after release, headlined by the death of Nobel Peace Prize Laureate Liu Xiaobo.

Xi now goes well beyond persecution of activists. One million Uighur Muslims have been forced into “re-education camps” in Xinjiang. Perceived government rivals and even famous celebrities who embrace rich lifestyles have been targeted. With the disappearance and temporary detention of mega-star Fan BingBing, and the abduction and ongoing detention of Interpol president Meng Hongwei, Xi demonstrates that every Chinese person, no matter how high profile, is within his grasp.

All of these communities have common interests. As Sophie Richardson, China director for Human Rights Watch, explains, “An independent, professional legal system in China should be able to both enforce contracts and protect peaceful speech; a truly free press can report accurate, timely information to hold diverse interests accountable. The ability of people to share their ideas freely is essential for a competitive business environment and a less abusive, opaque political system.”

Household-name multinationals have far more leverage with the Chinese government than individuals. If they raise concerns, there may be openings for change. Richardson continues, “Companies should adopt sound business practices in China, including on human rights, and report on them regularly. Firms should reach out to human rights groups to compare government tactics and to understand common problems with the Chinese legal system so they can push for the types of reforms that would benefit both groups.”

Activists are doing the hard work, advocating and protesting for long-term reforms in the legal system. Such reforms could bring positive impact for both groups. Foreign businesses willing to support these changes and raise their own voices would be making a smart business investment.

Kimberly Marteau Emerson
CPD Advisory Board Member
International Board, Human Rights Watch
YOU MIGHT BE INTERESTED IN...

CSR of the Belt & Road Initiative

Corporate social responsibility (CSR) is a means by which businesses can attempt to improve their relationship with the public. In the case of the Belt and Road Initiative, CSR can be used by Chinese firms to mitigate risks...

A parliamentary committee in Britain has called for formal regulation of social media platforms like Facebook, including a mandatory code of ethics and an independent regulator. In the process, it accused Facebook...