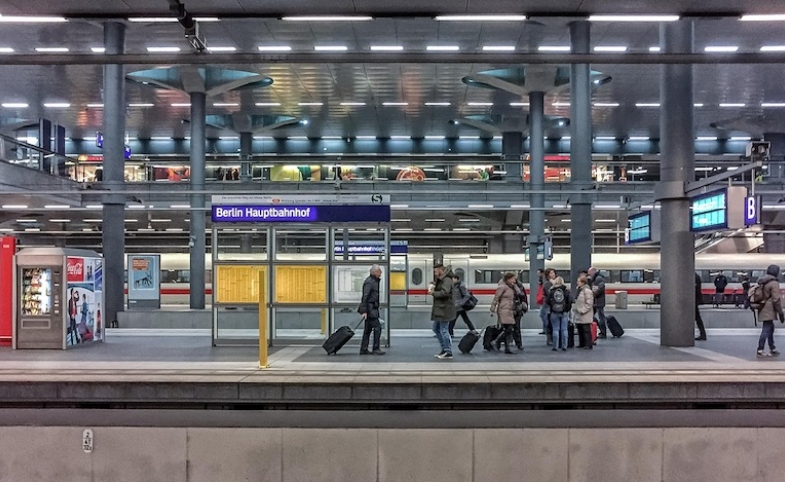 When the Open Society Foundations (OSF) closed their offices and Central European University (CEU) closed their campus in Budapest last year, a collective shudder rippled through all those who seek to advance civil society and liberal democracy in Europe. Founded by George Soros, the foundation and university had become symbols of greater freedom, civic discourse and democracy in the former Soviet Bloc countries of Eastern and Central Europe. But in the wake of the 2008 financial crisis, Victor Orban re-emerged in 2010 from eight years of political exile to become the re-branded conservative leader of Hungary. Since then, sensing the populace’s growing disenchantment with democracy and desiring to consolidate his power, he has tacked further and further to the right, and step-by-step dismantled his country’s civil society.

Sadly, Hungary is not alone in trying to turn back social progress. The rise of populist parties and leaders in Eastern Europe—Poland to the Czech Republic to Bulgaria—has fomented an inhospitable environment for civil society advocates, who increasingly find themselves maneuvered into corners or pushed out.

To the West, the Brexit vote—another outcome of populist politics—portends not only the UK’s economic isolation from the rest of Europe, but has also the reduced relevance of London-based organizations seeking to influence social development throughout the EU.

A healthy civil society is key to a healthy democracy because, as the oft-called “third sector,” civil society, among other activities, holds governments to account. The European Commission defines “civil society” to include “all non-State, not-for-profit structures, non-partisan and non-violent, through which people organize to pursue shared objectives and ideals, whether political cultural, social or economic.”

In Berlin, the OSF has joined a growing ecosystem of NGOs promoting the cause of civil society. Patrick Gaspard, President of OSF, says, “Berlin has obvious attractions for OSF; it’s an international and regional hub, with a vibrant intellectual and cultural life, and a commitment—after the trauma of its recent history—to being open, tolerant and diverse. It is also at the center of debates about the future of democratic institutions and our responsibilities to one another in multilateral spaces” (quote obtained via email; March 2019).

For now, Berlin is poised to play a pivotal role in shaping civil society in Germany, Europe and the world at large. It is our hope that it acts on this opportunity.

Initially, think tanks and advocacy non-profits discovered Berlin during the Cold War, and others have followed. The Aspen Institute’s first chapter outside the U.S. was launched in Berlin in 1974 with the goal of promoting open society, values-based leadership and strong Euro-Atlantic ties, and acting as a convening platform for policymakers, including those in conflict. The German Marshall Fund, opened in Bonn in 1972 but relocated to Berlin after the Wall came down in 1989, was founded to strengthen the transatlantic relationship, as well as promote civil society and democratic initiatives in the Balkans and Black Sea regions. Human Rights Watch, the global NGO focused on investigating and exposing human rights abuses globally, opened an office in Berlin in 2005 to target abuses within the EU, non-EU Eastern and Central Europe, Central Asia and Russia.

More recently, among international NGOs, the U.S.-based Bill & Melinda Gates Foundation opened an office in Berlin in 2018, its second in Europe after London. The International Rescue Committee set up operations in the capital in 2016 to assist the German government and non-profit agencies in managing the influx of refugees fleeing violence in the Middle East and Africa. United Way, one of the world’s largest NGOs, partnered with Berlin-based, social impact consultancy PHINEO to launch a presence in Germany in 2018 to collaborate on collective social impact solutions.

When native-born, Berlin-based, advocacy organizations are added (including Tactical Technology Collective, which investigates the impact of digital technology on civil and individual rights; the Correctiv, billed as the only non-partisan, non-profit source of investigative journalism in Germany; and Democracy Reporting International, which promotes democratic governance around the world as a basic human right), Berlin emerges as a fertile center for civil engagement.

It is no coincidence that these organizations and many others have found a safe haven amidst stormy seas in Berlin—the “heart” of Europe, both geographically and metaphorically. With the breakaway of the UK, social unrest in France and the current abdication of leadership on democratic values by the U.S., Germany is in many ways a bulwark of stability and democracy in Europe. Reluctantly assuming the mantle of leadership, Angela Merkel has pushed hard to unify the EU on issues of democracy, human rights and rule of law across the continent. Ken Roth, Executive Director of Human Rights Watch, says, “Germany has become one of our most important allies for promoting the rule of law and democratic values. And as certain governments of East and Central Europe become more hostile to human rights advocacy, Berlin has become an important regional safe haven” (quote obtained via email; March 2019).

Of course, Germany and Berlin are not without blemishes. The specter of anti-Semitism flares up with alarming frequency, and the population is hardly united behind the government’s policies on migration. On the whole, however, Berlin’s respect for cultural freedoms, and economic and political stability, and its generally welcoming, open society create an environment that is conducive to civil debate and a collaborative search for solutions.

But what more can be done? Germany occupies a position where it should support civil society more heartily and publicly. The federal government and private sector should promote committed partnerships between NGOs and the public and private sectors with funding, work spaces and time allowances for individuals to volunteer for civil society projects on a meaningful basis. The youth of Germany also need “engagement spaces and time so that the day after tomorrow there will be a dedicated civil society,” states Andreas Rickert, CEO of PHINEO (quote obtained verbally; March 2019).

Civil society advocates can hope that this rich and fertile confluence of players—large and small, local and global—can spark new and innovative ideas for solving the challenges of regions beset by conflict, repression and persecution, as well as local challenges. Mr. Rickert continues, “Civil society needs strong partners and recognition. Social engagement is characterized by a sense of togetherness and appreciation at the individual level, between organizations and also between different sectors of the economy and the public sector” (quote obtained verbally; March 2019).

The question is whether a shared locale and shared goals will give rise to a shared vision and strategy for achieving those goals. For now, Berlin is poised to play a pivotal role in shaping civil society in Germany, Europe and the world at large. It is our hope that it acts on this opportunity.

INF Treaty and the Iran Crisis: Why Europe’s Security is Not Automatically Given

For 70 years, the European Union has been the guarantor of peace and security in Europe. Today, over half a billion Europeans are benefiting from the longest period of peace in the history of the continent. Peace and...

How do you turn a racist symbol like the swastika into something palatable? A group of graffiti artists in Germany is doing just that through the #PaintBack initiative, whereby hate symbols are reimagined as colorful works...