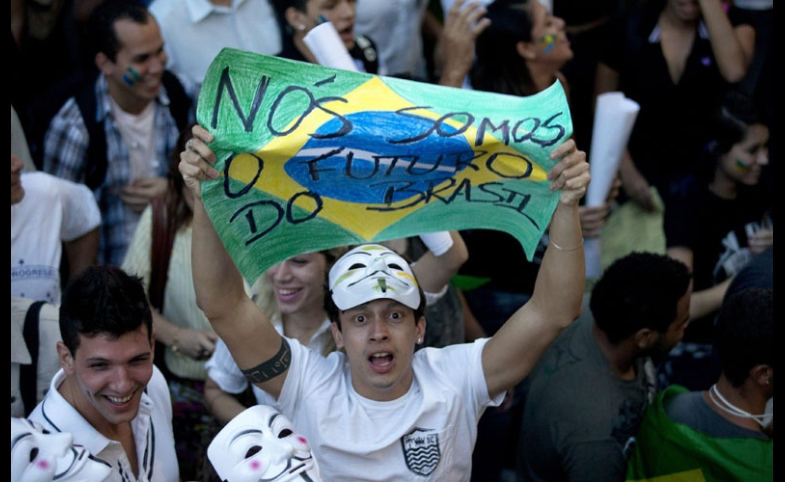 This past summer, representatives from the University of Southern California’s Civic Imagination Project -- myself, Sangita Shresthova, and Gabriel Peters-Lazaro -- spent three weeks participating as instructors in the Salzburg Academy on Media & Global Change.

Since the end of the Second World War, the Salzburg Global Seminar has brought leaders from around the world together to think through some of the hot button problems of their time and to consider alternative ways forward. A decade ago, the Salzburg Academy on Media & Global Change emerged, under the leadership of Emerson College’s Paul Mihailidis, as a summer program for undergraduate and graduate students interested in the intersection between media literacy and civic engagement. The students, mostly young media makers, come from 30 countries across Europe, Asia, Africa, and the Americas, to dig into a “wicked problem” -- this summer, the focus was on migration and the refugee crisis -- and develop media that helps the public better understand the stakes. A publication featuring students’ final projects is available for viewing here.

Through world-building and story-telling workshops, Bollywood dance classes, and seminars focused around academic readings, we were there to focus attention on the role of the civic imagination in fostering social change, helping participants to imagine possibilities that might otherwise get shut down by what political theorist Steven Duncombe has called “the tyranny of the possible.” The core premise is this: Before you can change the world, you have to be able to imagine what a better world would look like, and across histories and cultures, people have adapted a range of different images and narratives to envision and communicate with others the perceived alternatives to their current condition.

In the past, the civic imagination might have been inspired by folk tales and legends, historical figures, or works of the fine arts and literature. Today, more and more young people are conducting politics through the language of popular culture -- marching through the Occupied Territory dressed like Na’vi from Avatar, confronting authorities with the three finger salute from Hunger Games, protesting tuition hikes in Latin America in the guise of zombies, using the World Cup to call attention to social issues facing Rio’s inhabitants, or using superhero narratives to explain the struggles of undocumented youth.

Part of our job was to help young people appreciate that politics might look and sound differently in an era of participatory culture and social media.  Some embraced these new rhetorics easily and spoke them fluently, while others struggled with the status of popular culture in their country or region and wondered whether their countries or regions had any kind of future to imagine. You can learn more about our workshops through Peters-Lazaro’s “Civic Imagination at the 2016 Salzburg Academy on Media and Global Change” article on Medium.

On one of the last days of the Seminar, I sat down with Clare Shine, Vice President and Chief Program Officer for the Salzburg Global Seminar, to compare notes on what we had learned over the three-week long academy about the value of fostering the civic imagination. The timing gave this exchange a particular “now-or-never” urgency and a far-ranging perspective as they talk through the ways that the Global Seminar has long required a leap of faith and imagination of its participants, the ways that young people around the world are changing the nature of political participation, and the ways that culture and politics need to be bridged for the future of the planet. Gabriel Peters-Lazaro edited this abridged version from nearly 90 minutes of conversation, trying to capture the spirit and substance of the exchange.

Henry Jenkins
CPD Blog Contributor
Provost’s Professor of Communication, Journalism, Cinematic Arts and Education at USC
YOU MIGHT BE INTERESTED IN...

The Collaboration between Russian Twerkers and Western Musicians: A Cultural Bridge in a Time of Crisis

Principal Investigator: Elisabeth King, CPD Research Fellow 2021-23 What are the possibilities for building peace in the 21st century, using not military might or economic coercion, but leveraging soft power—attraction,...