Corporate Diplomacy Perspectives—Fear vs. Freedom: A Valentine from Egypt

If the events in Egypt taught us anything over the past few weeks it is that notions of freedom and fear run in parallel. I was struck as many of you might have been by the myriad images and poignant stories pouring out of Egypt showing Egyptians by the thousands demanding their freedom and rallying for global support. It reminded me of why I have such an enduring appreciation and admiration for Egyptians as a people. They are deeply proud of their heritage and culture and this is infused in every aspect of daily life. Their corporate sector has been flourishing and Egyptians are increasing known for being innovative, entrepreneurial, engaging, and creative. Egyptians are also some of the most welcoming, hospitable people I’ve ever encountered in the world. Egypt and Egyptians are a fascinating study in contradictions, rich tradition and symbolism. I went back through my notes from my last trip to Cairo and was reminded of the meanings behind the Egyptian flag which speaks well to the Egyptian mindset and legacy today: Overcoming oppression (black stripe) through bloody struggle (red stripe) and paving the way to a bright future together (white stripe). 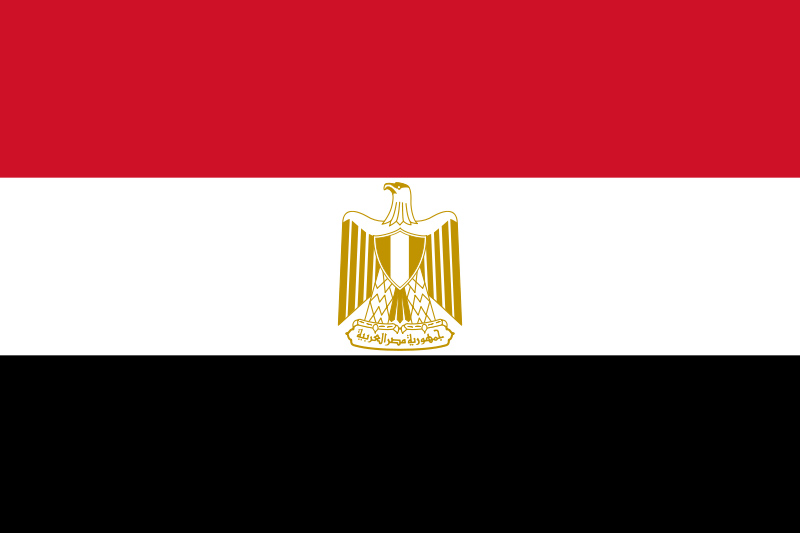 The Flag of Egypt -- Three equal horizontal bands of red (top), white, and black; the band colors derive from the Arab Liberation flag and represent oppression (black), overcome through bloody struggle (red), to be replaced by a bright future (white)

I was also reminded of the Egyptian Ankh symbol for eternal life which I learned from studying the work of Azza Fahmy, famed entrepreneur and jewelry designer known for infusing ancient Egyptian culture in her designs. In Egyptian artifacts, carvings and paintings the gods are often seen holding an ankh to someone’s lips which is to be considered “the Breath of Life” which connotes the breath you will need in the afterlife. This symbol spoke to me as the protesters breathed new life into their country, the region and the world. The feelings of hope, optimism, and celebration throughout Egypt are palpable. Freedom is within their grasp.

That freedom has come at a tremendous price. The world may be “with” Egyptians philosophically but their taking their pocketbooks elsewhere. The travel and tourism sector in Egypt is the lifeblood of the country. This is also high tourism season in the country and the crisis has virtually decimated this critical sector. Some estimates put the financial cost of the crisis at $310 million a day; the Central Bank said tourism could take a hit of up to $1.5 billion. EgyptAir said Sunday that it had canceled three-quarters of its flights during the crisis, losing 80 percent of the revenue it expected to collect. And on February 14, hundreds of tourism operators gathered at the great Pyramids of Giza to send the world a Valentine message in multiple languages that said “Egypt Loves You”. 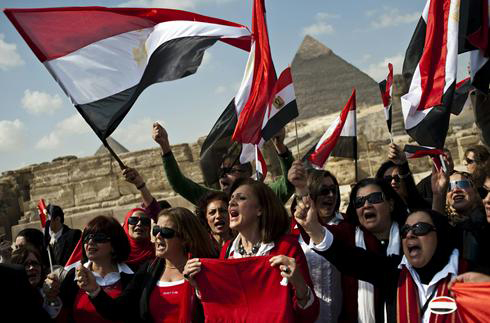 I worry that much of the media coverage didn’t help matters. Rather than focus on context and the voices of modern Egyptians, fear and confusion were dominant, recurrent themes. From a business perspective I continue to believe there are tremendous opportunities in Egypt. To capitalize on those opportunities you need to go there. Business in Egypt and in the region is based on relationships of mutual trust and respect. Relationships that can only be built one on one, face to face, not via social media.

The picture above is quite different than the images that have been running non-stop since the protests began. If you look closely at the picture what do you see? I see a glimpse of the Egypt I know and admire. Modern, engaged, outspoken women, many of them entrepreneurs, taking the lead, waving Egyptian flags and speaking to the world openly and passionately, inviting us to come. I hope the world is listening. I hope the world will come back to Egypt. It is such a special place and people; they deserve our attention, our respect, and our support.