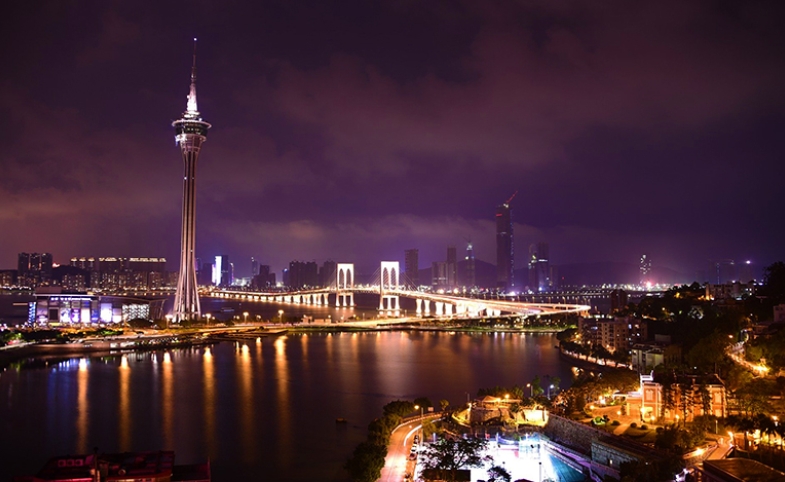 The EU and Macao (China): The Importance of Digital Public & Economic Diplomacy

Note from the CPD Blog Manager: An earlier version of this article was published April 19, 2021 by Marinho Media Analysis here. Co-author Yao Chen, a final-year student at the Beijing Normal University Business School (China) in International Economics and Trade also contributed to this piece.

For those with a historical memory, as is certainly the case of the European Union (EU) and China, Macao is particularly relevant, even symbolically, since it constitutes the first and longest permanent presence by a European country (Portugal) in a Chinese territory from the 16th century to 1999, in administrative terms. Still, this is not just about the past. The EU keeps looking on closely at Macao's present and future. This territory is not only known for its casinos but is also of geostrategic, geopolitical and geo-economic value as it relates to its participation in various Chinese projects such as the Belt and Road Initiative (BRI), the Greater Bay Area (GBA) and Forum Macao. The latter provides China with an organization combining Portugal and Portuguese-speaking countries on several continents: Angola, Brazil, Cape Verde, East Timor, Guinea-Bissau, Mozambique and São Tomé and Príncipe.

In 2020, the EU was the second-largest trading partner and the third-biggest foreign investor in Macao. As part of bilateral relations, the role of digital public and economic diplomacy is vital, especially in the COVID-19 pandemic situation, bearing in mind the specificities of Macao, a Chinese Special Administrative Region within the context of "One Country, Two Systems," and most notably the EU Office to Hong Kong and Macao. Several exclusive interviews with experts enable furthering the topic of this piece with original analyses.

The digital aspect of EU public and economic diplomacy with regard to Macao is developed through, among others, the following means: the institutional website of the EU Office to Hong Kong and Macao; social media, namely Facebook and Twitter; and direct emails.

Regarding the said diplomatic sphere, a few Macanese or European-Macanese examples can also be provided: the Macao Trade and Investment Promotion Institute; the Macau European Chamber of Commerce; and the Macao Economic & Trade Office to the EU.

Professor Suet Yi Lai of the Guangdong University of Foreign Studies (China) considers that Macao wants to show Beijing that it is relevant within the framework of Sino-European relations. In Lai’s opinion, the Chinese government and large companies still have to improve the way they develop public diplomacy to their advantage.

Several experts, such as Carmen Amado Mendes, President of the Macau Scientific and Cultural Centre (Portugal); Edmund Sheng, Program Coordinator of the Master of Arts in European Studies at the University of Macao (China); and Paul-François Polidori, Information and Communication Officer at the EU Office to Hong Kong and Macao, feel that as part of cooperation between the EU and Macao, digital public diplomacy—chiefly within the sphere of economics—is highly important. According to Sheng, this importance grows with the situation involving the COVID-19 pandemic.

While looking at Macao-EU bilateral relations, Sheng states that the Chinese side is currently more active toward developing cooperation. To bolster this assertion, Sheng stresses the fact that while Macao and Hong Kong have their own Economic and Trade Offices in the EU in Brussels, the opposite does not occur, as the European Office to Hong Kong and Macao is headquartered in Hong Kong. To a great extent, this is due to Macao’s relatively low economic and demographic importance, but on the other hand, even compared to Hong Kong, Macao is more passive and invisible in its foreign relations.

José Sales Marques, President of the Macao Institute of European Studies, is vehemently critical of the EU’s lesser emphasis on Macao compared with Hong Kong and states that the EU’s current institutional presence in Macao is irrelevant with regard to public and economic diplomacy.

In the opinion of Carlos Duque Simões, President of the Macau European Chamber of Commerce, the EU’s public and economic diplomacy via the internet has a diminished impact on Macanese soil. For this expert, this situation is due to the fact that the EU’s official representation is based in Hong Kong, but also because in China the internet is dominated by different platforms, most notably WeChat, requiring a distinct presence and in Chinese.

According to Maria Carolina Lousinha, Vice-Consul-Consulate General of Portugal in Macao and Hong Kong, broadly speaking, the digital platforms of the EU Office to Hong Kong and Macao, such as its website and social media, are very active for disseminating useful information to entrepreneurs with interest either in the special administrative regions or in the EU.

As concerns the types of discourse, Polidori maintains that the European Union Office to Hong Kong and Macao uses its website to disseminate official statements and events, whereas its social media, such as Facebook and Twitter, allow audiences’ more informal engagement.

Regarding the target audience, Polidori states that local entities are called upon by the EU to work together with the European bloc on specific issues in creating broad-based events and activities. He emphasizes that every event entails a specific audience, making sure the EU plays a relevant role in addressing needs and circumstances occurring locally.

This research shows that public and economic diplomacy through digital channels is important with regard to bilateral relations between the EU and Macao, especially within the COVID-19 pandemic context.

Concerning digital public and economic diplomacy, several Macanese entities comprise a noteworthy dynamic. With regard to the same diplomatic field, when comparing the involvement of the European Union Office to Hong Kong and Macao in both Special Administrative Regions, experts point to an imbalance favorable to Hong Kong, as the latter currently possesses a political and economic dimension higher than Macao.

The efficiency of public diplomacy regarding Macao goes, inter alia, by way of considering the Macanese political and cultural specificity, such as the role of the government, the guanxi (social and family networks) and long-standing relations between West—particularly Portugal—and East. History continues.

The EU and China, international institutions, know that the internet may be used as a powerful public diplomacy tool, among others, to directly send messages and influence certain audiences; thus, both institutions use it in their bilateral relations framework.