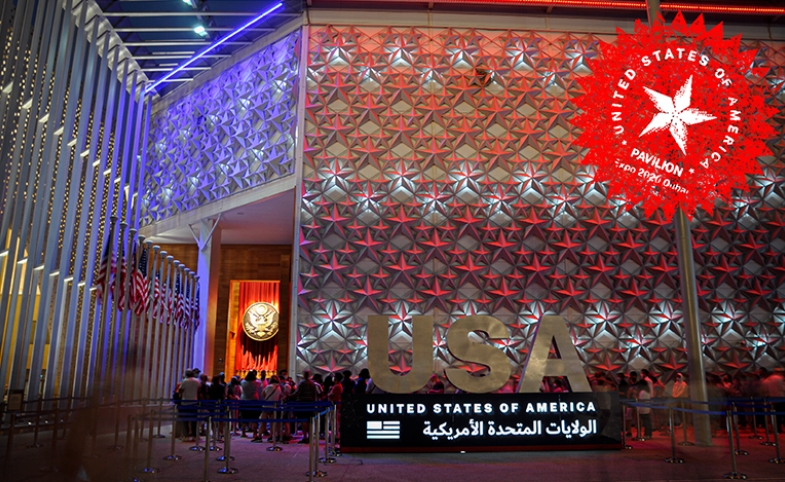 For over a century, the U.S. was a major player in World Expos. According to the list from the Bureau International des Expositions (BIE), the U.S. has hosted 11 Expos, which makes it the record bearer. Expos have left a strong legacy in the U.S. and vice versa. The Space Needle, built for the Expo in 1962, became an identity icon for Seattle; Expos 1893 and 1933 were immortalized as two of the four stars of Chicago’s flag; and Forest Park, the site of Expo 1904 St. Louis and the largest Expo site until 2010, witnessed the first Olympic Games in the country, which happened as part of the Expo. U.S. Pavilions in Expos 1967 Montreal and 1970 Osaka are considered among the most iconic buildings of American architecture.

After Expos 1982 Knoxville and 1984 New Orleans, the awareness and appreciation of Expos in the U.S. declined. The country stopped paying its dues to the BIE, and eventually its membership was terminated. After Expo 1992 Seville, Congress complicated the process to obtain public money for participation in Expos, and the presence and quality of participation became erratic and too dependent on private funding. A low point happened soon after, when the U.S. confirmed its participation at Expo 2000 Hannover but canceled shortly before the Expo started, which became a disappointment for Germany and the public in general, and a source of bad publicity. At Expo 2020 Dubai, U.S. participation was funded by the UAE government and private corporations.

In the years leading up to Expo 2020 Dubai, the relationship between the U.S. and Expos began to take a more positive turn. In 2017, the U.S. Department of State created an Expo Unit within the Office of the Under Secretary for Public Diplomacy and Public Affairs. The Expo Unit coordinates national participation in Expos and supports cities bidding to host one. In the same year, the Trump administration renewed U.S. membership to the BIE, motivated in part by Minnesota’s bid to host Expo 2023. 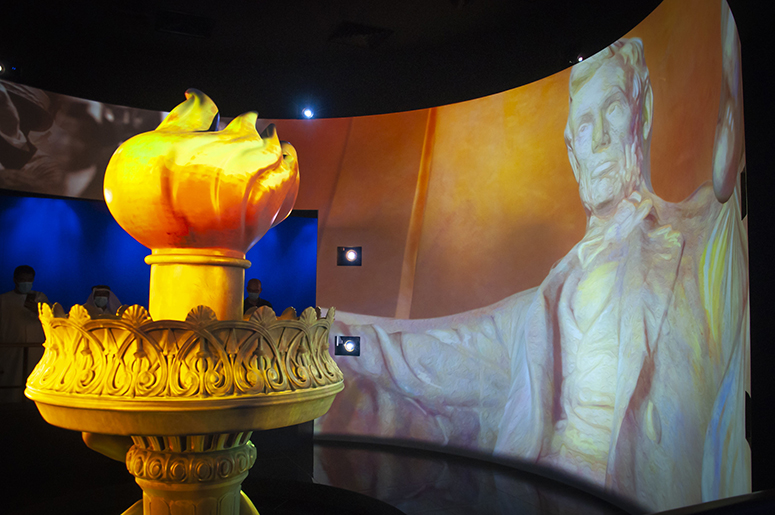 The creation of a permanent Expo office within a federal agency is a practice that has yielded satisfactory results in cases like Canadian Heritage and the German Federal Ministry for Economic Affairs and Climate Action. However, unlike its counterparts, the U.S. created the Expo Unit within the agency in charge of foreign affairs, which allows it to directly align participation with foreign policy objectives.

The Department of State’s ownership of the U.S. Pavilion project is evident in the pavilion in positive and negative ways. On the positive side, the message is more about the complexity of the nation and less about corporations. On the negative side, parts of the delivery have an official government tone, particularly in the message of the "Foundations of Freedom" room and architectural elements that resemble an embassy. Although imperfect, U.S. participation in Expo 2020 Dubai shows an evolution toward public diplomacy that aligns with foreign policy objectives, while providing an enjoyable experience for visitors. 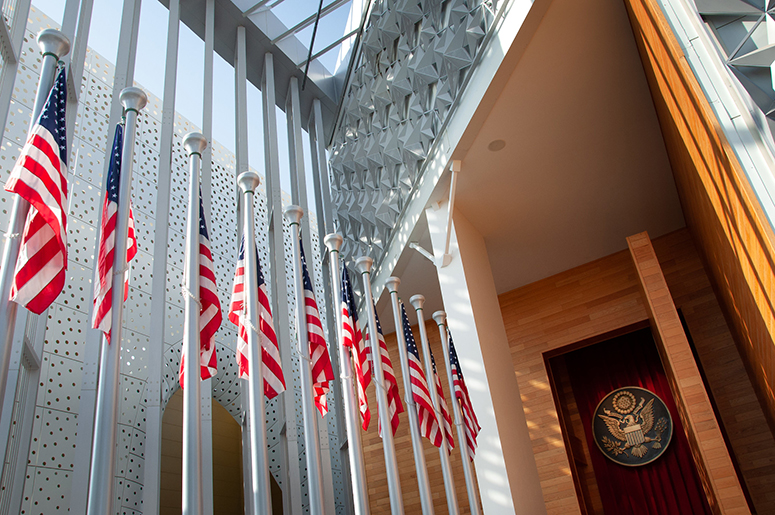 Another particularly strong best practice related to diplomacy is the continued presence of the Commissioner-General at the Expo site. Commissioners-General are accredited government representatives of participating countries in a scheme known in diplomatic theory as special missions or ad hoc diplomacy. U.S. Commissioner-General Robert “Bob” Clark has been an active and engaging participant, giving visibility to the U.S. across the Expo site among other representatives and members of the public. He has also been entrusted with lobbying Congress to eliminate obstacles to public funding for future Expo participation. 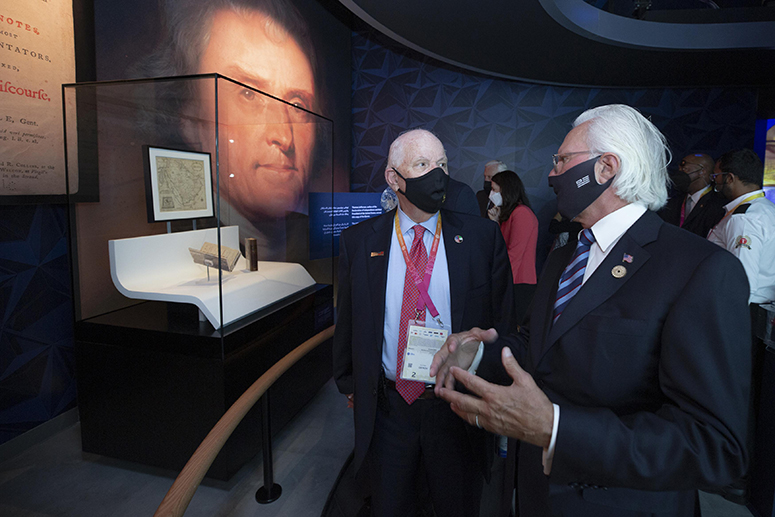 The team in charge of the U.S. Pavilion learned from past missed opportunities and created encounters with artifacts that are rarely possible. This is the case with Thomas Jefferson’s copy of the Quran and the moon rock exhibited in the pavilion. 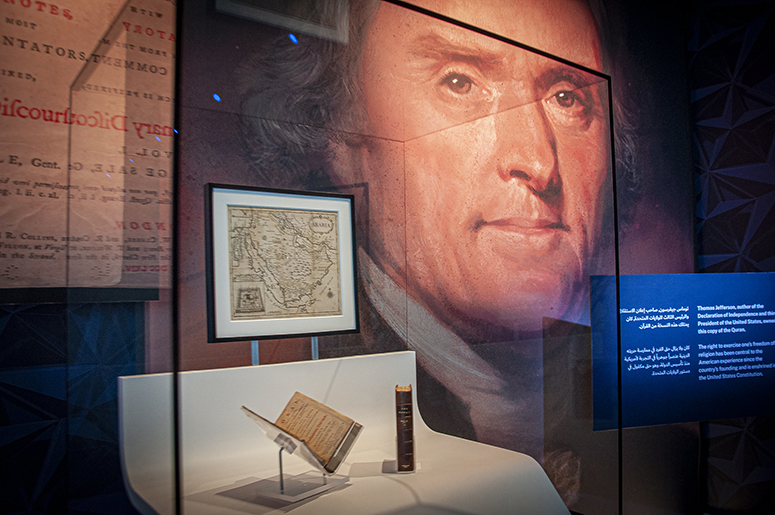 A copy of the Quran that belonged to Thomas Jefferson is shown in the U.S. Pavilion at Expo 2020 Dubai.
(Photo: César Corona / Expomuseum.)

Bringing such precious original pieces to Dubai was challenging, but the opportunities to stand in close proximity with a book of such significance to Muslims and Americans, and to touch a rock that came from the moon, add much value to the visitor experience, make the visit more memorable, and reinforce messages of mutual understanding and technological achievement. 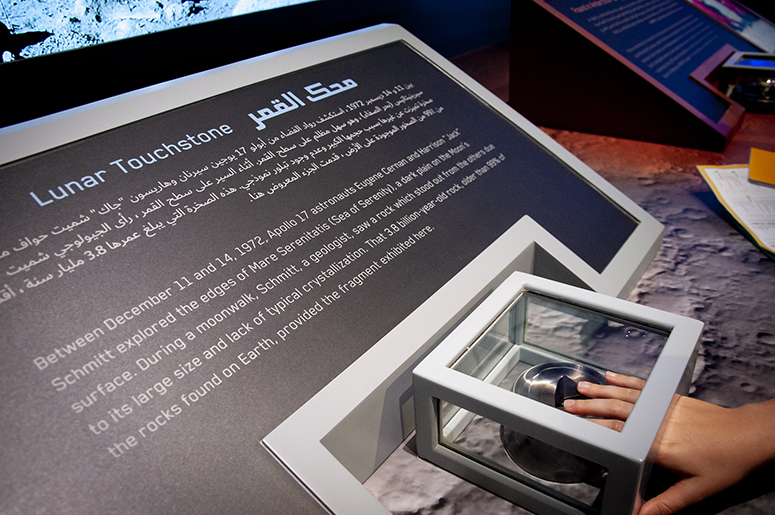 Another major public diplomacy best practice exemplified by U.S. participation in Expo 2020 Dubai is the diversity of its cultural program. The U.S. prioritized artists representing different regions and styles who have enough experience to perform at this level and might benefit from international exposure. Cultural presentations happened throughout the duration of the Expo in different scenarios. 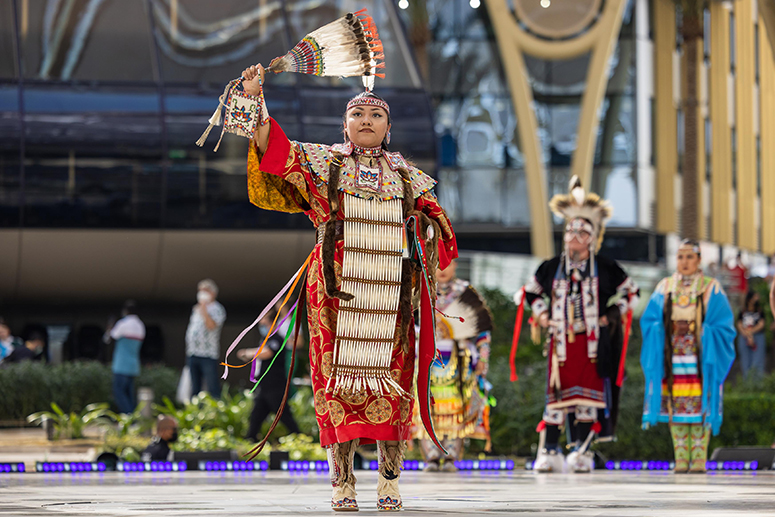 U.S. participation in Expos is in good hands under a specialized team within the Department of State, but not much will improve if Congress does not understand the benefits Expos offer to the population they represent. Public funding for U.S. pavilions is not prohibited, but the Department of State must request funds, and Congress must appropriate them. The case of Germany is a good example of having clear goals about who should manage the message and how it becomes difficult with private funding.

Another area to improve is the use of the restaurant as a tool of communication. The U.S. has a rich gastronomy that includes traditional food and interesting new creations that vary from region to region. The same happens with beverages, ranging from complex juice recipes to artisanal beers. Food and drink can be used strategically to reinforce a message while generating revenue for the pavilion. 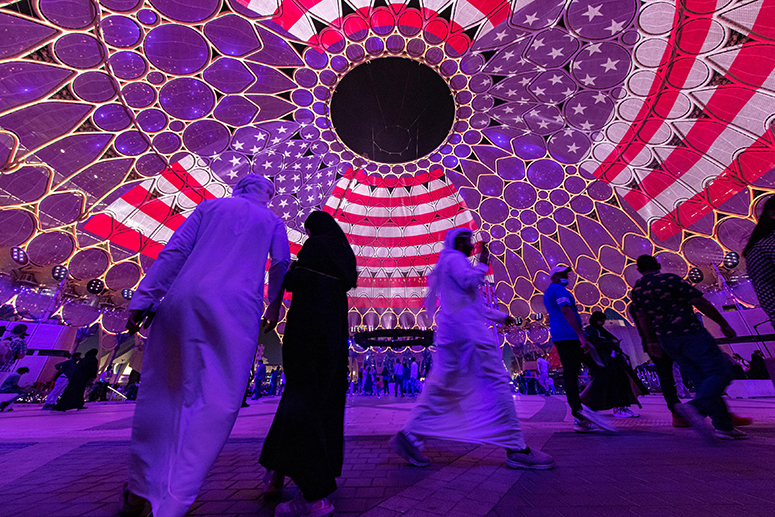 I invite you to visit the U.S. Pavilion virtually here and watch a video of the exhibit here.

On March 31, 2022, Expo 2020 Dubai closed its doors after six months and over 22 million visits. This post also closes our photo essay series on public diplomacy at Expo 2020 Dubai.

Note from the CPD Blog Manager: This is part 6 of a photo essay series exploring Expo 2020 Dubai through historical context, individual country participation and public diplomacy opportunities through World Expos....

Note from the CPD Blog Manager: This is part 5 of a photo essay series exploring Expo 2020 Dubai through historical context, individual country participation and public diplomacy opportunities through World Expos....

Note from the CPD Blog Manager: This is part 4 of a photo essay series exploring Expo 2020 Dubai through historical context, individual country participation and public diplomacy opportunities through World Expos....

Note from the CPD Blog Manager: This is part 3 of a photo essay series exploring Expo 2020 Dubai through historical context, individual country participation and public diplomacy opportunities through Expos. The author...