Home|Featured Expert Opinions: A Look Back at Brazil’s Hosting of the World Cup and Forward to Rio 2016 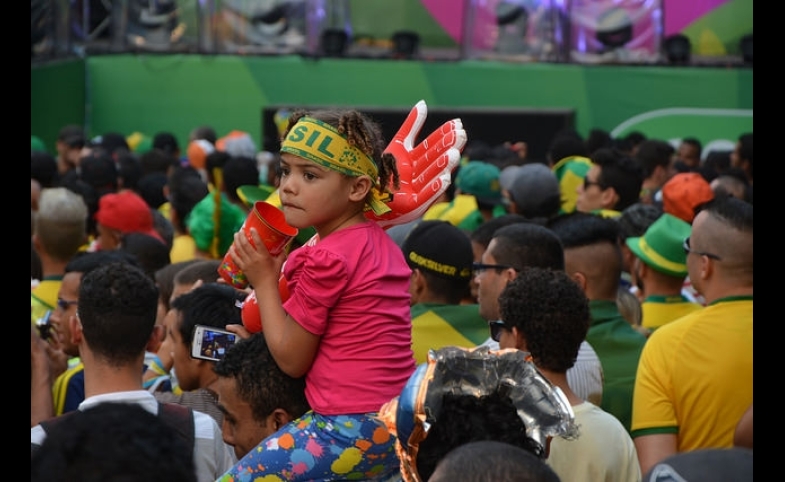 As the World Cup drew to a dramatic close on July 12, CPD reached out to a few public diplomacy experts and asked whether they thought Brazil’s hosting of the tournament had been worth it, in terms of its global image and soft power, and what it means for the country as it prepares for the arrival of the Olympics in 2016.

The failure of the Brazilian team has caused huge damage to the country’s international reputation. Brazilian players are the Brazilian heroes. When they fail it seems the country as a whole has failed. Criticism abounds now not only in the sport arena but in many other fields as well. The political effect of this defeat will be great. Internally the feeling of low self-esteem has increased as a result. - Professor Jacques A. Wainberg, School of Communication, Catholic University, Porto Alegre, Brazil

Pulling off the mega-event has certainly given the country a great deal of global projection. Doing so against a backdrop of massive demonstrations, though, has complicated this achievement. On the one hand, protests have highlighted social problems and politicians’ desires to do business with—and grant wide concessions to—global actors like FIFA. On the other, coming through this and presenting a successful Cup shows Brazilian democracy to be strong enough to survive widespread dissent. - Professor Roger Kittleson, author of 'The Country of Football: Soccer and the Making of Modern Brazil'

As Brazil’s football team has been eliminated, the global circulating sentiment is one of embarrassment. This on-field loss may translate to more dramatic change in domestic politics rather than curry the desired international prestige and soft power. - Rook Campbell, Adjunct Professor of Political Science, Communication and Diplomacy, USC

Brazil, which prides itself on its soccer prowess, has suffered a soft power hit. The negative international press and domestic protests in the run up to the World Cup culminated in utter defeat against Germany — humiliation on the global stage. The post-Cup meeting of BRIC countries intended as a celebration of Brazil’s rising nation status will seem a cruel afterthought.  - Ambassador Derek N. Shearer, Chevalier Professor of Diplomacy and Director, The McKinnon Center on Global Affairs

What are the implications for Brazil's hosting of the Olympic and Paralympic Games in Rio two years from now?

Brazilians love a party, and they'll pull off a decent Olympics just as they finally came around to the idea of hosting the World Cup. Expect public skepticism and disgruntlement ahead of the Olympics as event venues surely run behind schedule and over budget, as happened with the World Cup, but also expect Brazil to throw another fun party in 2016. - Stephen Kurczy, Journalist - Brazil contributor to Americas Quarterly

"Instead of getting bailed out by a Brazilian victory, President Dilma Rousseff and her government will have to defend World Cup spending and preparations for the Olympics in the fall election. The outcome will have consequences both for the Olympics and for the future of the country." (Ambassador Derek N. Shearer)

"The experience of the World Cup should remind local Olympic organizers of the need to act early and to respond carefully to community concerns. Neither of these lessons seems at this point to be taken seriously enough, though, so Olympics preparations will likely be as last-minute and top-down as those for the World Cup." (Professor Roger Kittleson)

"This is a second opportunity Brazil has to attract attention and make connections. After all, sport is the international way of building camaraderie. Brazilians know how to do that. In this field they remain champions of the world." (Professor Jacques A. Wainberg)

It is perhaps cliché to say that Brazil is at a crossroads. Despite the overused adage, the South American country of 200 million will be at the center of the known universe for the next 30 days. Brazil’s hosting of the...