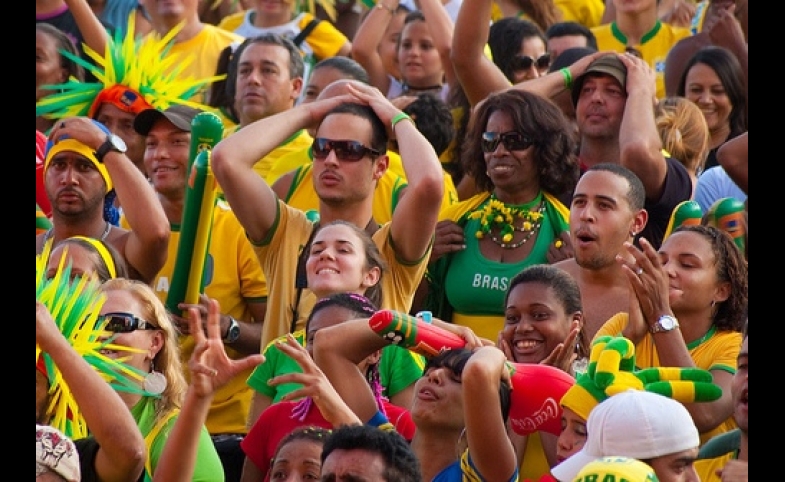 As Brazil prepares for the World Cup kick-off this Thursday, CPD asked a few experts from the public diplomacy community for their thoughts on what hosting the tournament means for Brazil’s soft power.

Will Brazil's hosting of the World Cup give it a boost on the world stage?

Like the Samba and Carnival, ‘the beautiful game’ (soccer) is essential to the country’s soft power. By hosting the World Cup, Brazil is trying to up its game and rebrand itself beyond music and fun. Perhaps a victory by team Brazil and a world class performance by Neymar (the new Pele) will overshadow the bad press and quiet domestic discontent. - Ambassador Derek N. Shearer, Chevalier Professor of Diplomacy and Director, The McKinnon Center on Global Affairs

At least in advance of the World Cup, this is a cautionary tale of how hosting a major sports event is not necessarily a boost for a country's brand. So far the global spotlight has been on Brazil’s economic slowdown, its serious problems of socioeconomic inequality and its issues of governance and inefficiency. Often the problems leading up to a major event are forgotten in good impressions emanating from the event itself. Brazil can only hope so. - Barry Sanders, CPD Advisory Board Member and Chair, Southern California Committee for the Olympic Games

A great deal will depend on whether infrastructure - one of Brazil's Achilles heels - does not create bottlenecks, and on the level and degree of social mobilization that could potentially surface during the Cup. - Ambassador Arturo Sarukhan, CPD Distinguished Fellow

How might other countries use the World Cup to build bridges with Brazil?

“I'd call attention to the other BRICS nations - Russia, India, China and South Africa. Brazil is hosting the annual BRICS summit immediately after the World Cup. The BRICS leaders will likely attend the closing ceremony. It's strategic timing to highlight the multilateral platform and Brazil's relations with the emergent powers.” (Jay Wang)

“Very little government to government driven interaction materializes around a World Cup. However, Brazil's significant power to attract, via music, culture, tourism - and in this case sport - will, at the end of the day, probably be what creates a wellspring for Brazilian public diplomacy and goodwill from visiting fans and audiences abroad.” (Arturo Sarukhan)

“There’s not much evidence that other countries will use the World Cup to improve relations with Brazil. There will be the usual friendly bets between country leaders at matches, but little beyond that.” (Derek N. Shearer, who has also recommended a few sports diplomacy initiatives for President Obama.)