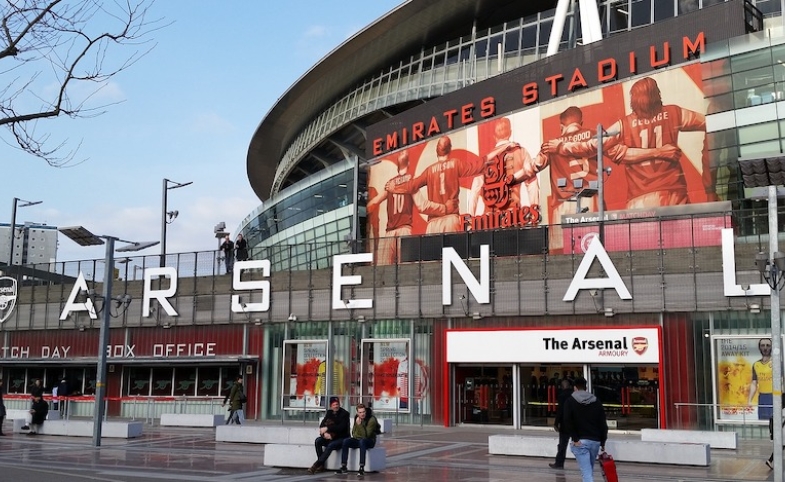 For some years now the states of the Persian Gulf have been betting on sport, especially soccer, as an outlet for their immense incomes from hydrocarbon markets, but also as a way of asserting a new kind of global presence: cosmopolitan, enlightened, balancing ideas of tradition with their own versions of modernity, in other words projecting soft power.

But soccer is just one element in a strategy which includes massive investment in education and culture, with the construction of extraordinary new museums in Doha (Qatar), Abu Dhabi and Dubai (two of the seven components of the United Arab Emirates) and in mass media. Qatar has made Al Jazeera a force in global broadcasting, while Saudi Arabia is building a grand new cinema and TV complex. Beyond ideas of prestige, pressing material calculations are behind all this. Sooner or later much of the world will escape from its dependence on oil and gas; much more urgent is the destiny of the mass of unemployed young men to be found in these societies. Left to themselves, they could become easy targets for radical Islam or worse, might set off revolts like the ‘Arab spring’ of 2011.

It’s the pressures coming from this youth generation – fanatical fans of European soccer – plus their immense wealth, which gives these Arab states their highly significant presence on the world soccer market. The Saudi case is exemplary from this point of view, as David Goldblatt explains in his grand survey of the geopolitics, geo-economics and …geocriminality… of soccer across the globe: The Age of Football (Macmillan 2019). With the rise to power after 2007 of a young ruling Prince, Mohammed Bin Salman, a quite new sports dynamic was set in motion. In 2013 Bin Salman launched his ‘Vision 2030’, aiming to build a new post-industrial economy, flexible, competitive, diversified. Local soccer would be privatized and commercialized and a vast new City of Sport would be constructed. It started to open in 2014 ‘at the astronomical cost of more than half a billion dollars.’ (Goldblatt)

But similar ideas had already taken root in other Gulf states. The Emirates and Qatar chose to raise their profiles globally by investing massively in European soccer, and the English Premier League in particular, the game with the biggest global audiences and the biggest profits, thanks largely to the sale of TV broadcasting rights, worth almost $5bn. in 2019. Dubai offered sponsorship deals to Athens, Milan, Lisbon, Hamburg, Madrid, and gifted a grand new stadium to Arsenal of London. Abu Dhabi has constructed a world network of clubs, pivoting on its possession of top-rank English team Manchester City.

But it’s Qatar which has done most to raise the stakes in this competition: ‘In Qatar [Goldblatt writes] football has become the single most important instrument in the state’s programme of economic and urban development and the most powerful plank in the nation’s precarious foreign policy.’ Qatar is currently spending something like $250 billion to bring the 2022 World Cup to its nation, amidst immense controversies over corruption, worker exploitation and the total unsuitability of the climate. New stadia are rising up, new transport systems built, new urban complexes; the whole is presented to the world by Al Jazeera and in particular its sports network beIN SPORTS, which has exclusive rights to transmit European soccer throughout the Middle East and north Africa.

But this is where the trouble starts. In June, 2017, Saudi Arabia, the Emirates, Egypt and Bahrain broke off diplomatic relations with Qatar and tried to isolate it economically and strategically, denouncing the Kingdom in particular for its close relations with Iran and its support of the Muslim Brotherhood.  Unable to attack Qatar physically – not least because of the presence of a vast new US military base there – the Saudi-led front has based its offensive in cyberspace, and has launched a rival sports broadcasting network, BeoutQ, an outfit which doesn’t pay broadcasting rights to anyone.

Because of this, major world powers and institutions have become involved. Both the US State Dept. and the EU have issued reports denouncing the Saudis’ for theft of intellectual property. Qatar also took the BeoutQ case to the World Trade Organisation; But there the Saudis’ have claimed that the issues involved touch on their national security and, so, the WTO has no jurisdiction.

Seen from this perspective, the planned purchase by Saudi Arabia of the Newcastle United club in Britain may look like small beer. But the $330m being offered by the Saudis is a vast sum, considering Newcastle’s long years without success. The money promises to change the fortunes of the surrounding city. The American interests in Manchester United and Abu Dhabi’s impact on Manchester City have transformed the world reach of those clubs and dramatically altered the general prospects of Manchester. If soft power can best be defined as the force of example, then the revolution in the fortunes of those clubs and that city over the last 20 years, demonstrates how soccer can function globally as a classic currency of soft power, recognised by very different states and societies.

History has forced the Gulf’s rulers to put so much emphasis on building up their soft power, with tourism, heritage, high culture and sport. Although based on millenia of Arab civilisation, as nation-states they are all young. Saudia Arabia took its present form in 1932, but the Emirates were born as recently as 1971 when the British abandoned their centuries-old control of the area. Qatar was invited to be the 8th emirate but chose independence, also starting in 1971. So, these are kingdoms which have been obliged to build their sense of sovereignty, identity and legitimacy from scratch, and to develop self-consciously their own balance between tradition and modernity.

Abu Dhabi is unique in possessing a formal Soft Power Council, which has expressed its own Soft Power Strategy. In the name of this vision the emirate has built three world-class museums. Qatar’s version is reported to have cost over $400m in construction costs alone. The Guardian said that the museum ‘tells the story of how this tiny nation of nomadic Bedouins and pearl divers became, with the discovery of natural gas, the most wealthy country per capita on Earth in just 50 years.’ The building was an extraordinary monument to this, ‘the world epicentre of soft power.’

Abu Dhabi’s Soft Power Council talks of ‘building up the nation’s reputation in the world, highlighting its identity, its heritage, its culture and its contributions to the world.’ Clearly all these states consider soccer to be a vital element among these contributions, an arena of competition full of symbolic meaning in the never-ending battle for soft power and prestige between the rivals of the Persian Gulf.

Every four years, the FIFA World Cup evokes a special time for soccer fans around the globe whose home countries make a debut—or a long-awaited return—to the field. Peru, which hasn't qualified in 36 years, celebrated by...

For World Cup 2022 in Qatar, the United States and the Islamic Republic of Iran will face off. The game will be a kind of echo of World Cup 1998, when the two geopolitical adversaries met in Lyon, France during...