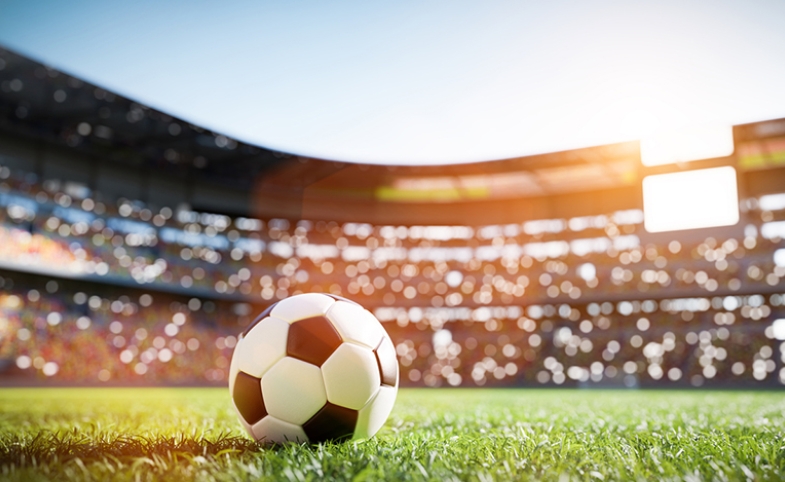 For World Cup 2022 in Qatar, the United States and the Islamic Republic of Iran will face off. The game will be a kind of echo of World Cup 1998, when the two geopolitical adversaries met in Lyon, France during group play. That match came with unparalleled hype and stands as one of the most-discussed games in American and Iranian soccer history. It also stands as debatably the high-water mark in Iran-U.S. relations since the 1979 Iranian Revolution, which severed their diplomatic relationship. In contrast to the 1998 game, the 2022 matchup is receiving remarkably little hype, and a look back at the diplomatic undercurrents at work at the time might help explain this overt difference in tone.

Back in ‘98, the two nations met on the field for the first time in history. The Americans qualified to the competition for the third time in a row after hosting the 1994 finals and advancing to the knockout stages. Iran entered France ‘98 without a single World Cup win in its history, hungry to change that narrative on the game’s biggest stage. But even before the Cup draw pitted the two in Group F along with Germany and Yugoslavia, the U.S. and Iran were already moving, ever so slowly, toward one another. The reason? None other than Iraqi dictator Saddam Hussein. The perceived destabilization threat posed by Hussein’s burgeoning nuclear and chemical weapons programs caused a kind of convulsion among Western officials who found themselves unable to satisfactorily monitor Iraq’s war production. Containing Hussein’s movement toward “weapons of mass destruction” earned high priority in Washington and Tehran, providing just enough unifying force to get the old rivals to move toward communicating more regularly.

Still operating without official diplomatic relations, the two sides showed willingness to work together over Iraq, and officials publicly aired interest in cooperating for the first time in memory. President Bill Clinton used early 1997 to project openness with Iran in official speeches, while new Iranian president Mohammad Khatami echoed much the same sentiment. The two sides pursued cultural exchanges as a way to start down the path toward normalization by hosting sports teams from each other’s countries. And when it was announced that the U.S. and Iran would face one another in their second group stage match in France, it seemed as though the destinies of the two countries were converging on multiple planes.

As the next Iran-U.S. World Cup match arrives, it is not difficult to see that a warming of relations of any kind is simply not in the cards.

In the days before the June 21 match, headlines noted the event’s intense political overtones: “World Cup War!” read the New York Daily News. “More than Just a Game?” asked The Jerusalem Post, while the Wall Street Journal ran the ominous headline, “This is No Game.” Clinton again reasserted his administration’s stated interest in normalization with Iran in a message aired just before the match, stating that he hoped the game “can be another step toward ending the estrangement between our nations.” From the first kick, the match itself mirrored the off-the-field energy surrounding the event. Both sides exchanged level threats, but it was the Iranians who earned a hard-fought and cleanly played 2–1 victory. Iran celebrated its first-ever Cup win against its longtime nemesis, while FIFA acknowledged the moment with its Fair Play Award for respectful performances. Unfortunately for both squads, Iran and the U.S. lost their other group-stage matches and summarily found themselves unable to advance in the competition. Still, the historic meeting proved to be a success on the pitch and is still remembered fondly by Iranian fans as a magical sporting moment.

Although official Iran-U.S. summits were never held, the succeeding months saw Iran-U.S. relations enter a relative holding pattern. Things radically changed in December, after Hussein continued to deny UN weapons inspectors access to manufacturing facilities. Clinton acted on intelligence that pinpointed high-value Iraqi weapons targets and ordered Tomahawk missile strikes from the U.S. fleet in the Persian Gulf, along with aerial bombing runs. Iraq’s weapons facilities were badly damaged, and the major cause for Iran-U.S. cooperation was nearly eliminated in one fell swoop. Suspicions that Clinton timed the strikes in order to distract from the concurrent Monica Lewinsky-tied impeachment process did not change the fact that Hussein’s diminished ability to develop advanced weaponry changed the game going forward.

As the Iraq threat waned in the following months, the only real reason for American-Iranian cooperation waned as well. Efforts to work together over Iraq slowed to a halt, and the two adversaries returned to their respective sidelines of the international playing field, while pushing the World Cup ’98-era of potential rapprochement into a dark memory hole. Although the two sides were never going to become NATO-level allies, there was a sliver of chance that Washington and Tehran would have had to work together over Iraq at some level. Absent the airstrikes, we may have seen more regular communication between the two continue as they leveraged a normally adversarial relationship against a common enemy.

Now, over two decades past the World Cup in France, Tehran and Washington’s official diplomatic relationship remains deeply, and perhaps impossibly, cut off. Iran-U.S. ties are currently complicated by entanglements over Israel, Syria and now Russia’s use of Iranian drones against American ally Ukraine. Internally, Iran is also facing different pressures than it was in 1998. The republic’s domestic unrest over women’s repression has led to activist accusations of national team insensitivity toward the plight of the common people and the squad’s perceived alignment with the ayatollahs. And while Iran’s players opted to overtly stay silent during the national anthem before their opening game against England, tension continues to hover over the team and the nation at large. Put together, as the next Iran-U.S. World Cup match arrives, it is not difficult to see that a warming of relations of any kind is simply not in the cards. Without a Saddam Hussein to (tenuously) bind them, officials in Tehran and Washington may not even attempt to publicly acknowledge the 2022 matchup at all.

But even with the failure of so-called ‘soccer diplomacy,’ 1998 holds a key lesson for observers today. The beautiful game’s power to unite may not have brought the U.S. and Iran together for good, but it did prove one thing: that two countries, regardless of the level of animosity between them, could play one heck of a game. We can only hope that future Iran-U.S. matchups provide us more of the same.

On November 21, 2022, the 22nd FIFA World Cup began in Qatar. This is the first time the world’s premier soccer event will take place in a Muslim country—and in the Arab world. More than one million visitors are...

For some years now the states of the Persian Gulf have been betting on sport, especially soccer, as an outlet for their immense incomes from hydrocarbon markets, but also as a way of asserting a new kind of global presence:...