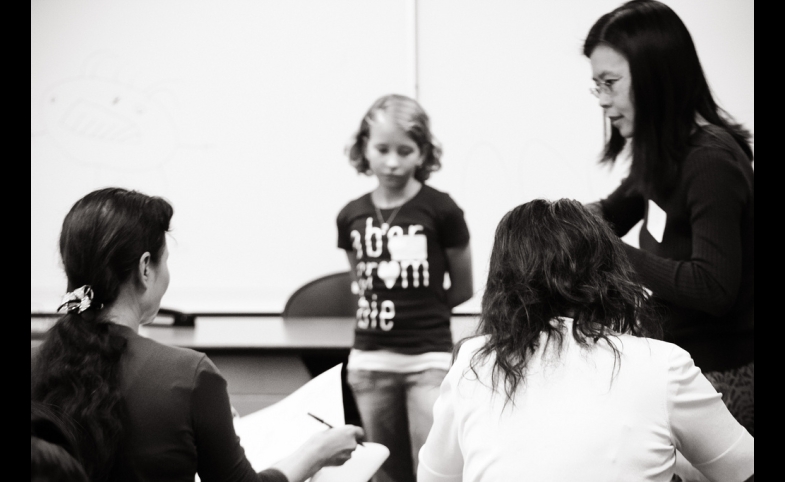 The first Confucius Institute opened in Seoul, Korea in November 2004. Ten years later, the CI boasts more than 1,000 affiliates across 120 countries. CPD interviewed Xu Lin, Chief Executive of the Confucius Institute, about its goals and growth. The interview took place at the National Chinese Language Conference, co-organized by the College Board and Asia Society, in Los Angeles in May 2014. An edited excerpt follows:

CPD: The Confucius Institutes have experienced rapid growth over the last 10 years. What exactly does CI want to be?

Xu Lin: Our vision for The Confucius Institutes is to catch up with the British Council. We want to be able to help those who want to know more about China, who want to study Chinese language and culture. This will be, I think, a symbol of influence and power. But I admit that there is still work to do. The CIs are still in the phase of learning from others, for instance, the British Council and the Cervantes Institute, especially about cultural exchange. It can be tricky for us to introduce Chinese culture to countries that hold different values from us, especially when many countries still have certain misunderstandings about China. We seek opportunities to work with those countries with sensitivity and based on common ground we have with each other.

CPD: The CI began in just a few countries, and now it is global. How have you managed the growth?

XL: I always view the CI as a village enterprise. The reason why Chinese culture has grown slowly overseas is that we haven’t been able to manage it with a business mindset. This business mindset I am referring to is what we call “Let it run free” (fang shui yang yu). The Confucius Institutes have been running on a franchise model. Each institute has full control over its own management, as long as it remains in line with China’s foreign policy. Academic research, speeches, course plans, degree requirements, and even teaching plans are under the jurisdiction of a joint committee board of personnel from both the foreign university and its counterpart in China. The Chinese authority does not intervene with the operation of the CI. Although CIs vary between countries, it is exactly that variety that leads to CIs’ thriving. Generally, every CI has two directors, one from China and the other from its partnering foreign university. The Chinese director serves as a facilitation mechanism. As a whole, the CI has become a sharing platform for both universities.

CPD: How do you evaluate CI’s success and effectiveness, both individually and collectively?

XL: There have been different opinions on how to evaluate the effectiveness of CI over the last decade. While some believe that quality comes first, I believe that quantity comes first, with the number [of CIs] adding up to form a large-scale effect. For this reason, we emphasize indicators like the number of students recruited, teachers hired, events held, and media exposure of CIs in our evaluations. The CIs’ influence has been our focus over the last ten years.

During the next decade, developing CI’s influence will still be the core policy. In terms of the global layout of CI, we will most likely slow down the speed of growth. In addition, we estimate that there will be more and deeper contacts, which may result in some contact and even collisions with different cultures in the future. Although there may be dropouts, we are confident that a considerable amount of CIs will stay.

CPD: What will CIs be like a decade from now?

XL: Language teaching has been our focus for the last decade, as well as cultural events. For the next ten years, especially in the United States, people will have a growing interest in Chinese culture and history. We will continue to give CIs the latitude to promote culture however they choose. CI’s mission will be to construct meaningful discourse with local audiences, either by reconstructing the old ones or building new ones. In the meantime, we are trying to provide a physical space for the CI in their host universities (like American Centers), so that there will be a place for students to gather and discuss Chinese culture, forming communities in which Chinese culture is introduced.

Also, we would like to see more young people devoted to promoting Chinese culture overseas. We always welcome those with talents in international communication, cross-cultural communication, and with a brave heart to join us.

Nation-states are paying greater attention to culture and communication as essential parts of their national power in global affairs. Yet the role and potential of cultural diplomacy for international engagement remains ill-...