The realm of social media and the power of the Internet lies in the hands of the people. Together they are a tool that allow greater access to information, global connectivity, a platform for speeches, advocacy and political statements, tools for video and photo dissemination and much more. The Internet, in many parts of the world, is free and open to the public, which allows for the rapid growth of people-to-people diplomacy across national borders, and has a democratizing effect on information. It has also created the space for the tech boom in which the giants of Silicon Valley thrive. While advocacy organizations and individuals around the world utilize the technologies these giants created in order to push forward their ideas and agendas, these tech companies have remained dormant in the foreign policy and public diplomacy sector.

However, the sleeping giants are waking, something USC Annenberg’s Dean Ernest J. Wilson, III argued for back in June 2012. In his piece “Silicon Valley Needs a Foreign Policy” in Foreign Affairs, and a subsequent extended piece published in CPD Perspectives, he urged the tech sector to leverage its power to influence the national agenda on topics such as education, immigration, foreign economic policy to strengthen U.S. smart power. These tech companies may have been listening when Wilson suggested one year ago, that they forge “a new Silicon Valley Foreign Policy.”

In April 2013, Mark Zuckerberg of Facebook, along with executives and founders of big technology firms such as Microsoft, DropBox, and LinkedIn, with the financial backing of Google, Yahoo and others, launched FWD.us, a political advocacy group dedicated to “changing the U.S. economy through legislative reform in areas like immigration, education and scientific research.” 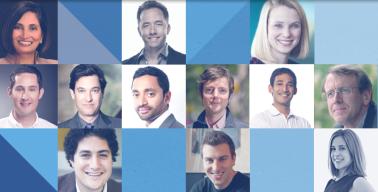 A selection of founders of FWD.us advocacy group © FWD.us

What caused this shift in behavior over the past year? President of FWD.us Joe Green explained to TechCrunch why it took the tech and startup industry so long to become politically mobilized: “People in tech have often felt a cultural disconnect from the political process...you often hear tech founders talk about how their motivation to create companies and products is to change the world. Our goal with FWD.us is to organize and engage the tech community in the issues where we can contribute to the national debate.” In order for these companies to come together, there needed to be a mutually beneficial cause and they seem to have found one in immigration reform.

Like any well-trained public diplomat, Silicon Valley has recognized that the power of a country in the 21st century is not solely in its military capabilities, but in its power to attract. Just as Wilson’s article stated, “The country is now -- and will be for the foreseeable future -- about communication and content.” Our economy is driven by ideas, or as Zuckerberg calls it, a “knowledge economy,” and this is an attractive proposition to many here at home and abroad. In order for these companies to thrive, they must be able to pull from talent both at home and abroad.

Immigration reform is an issue that spans the domestic, foreign, economic and diplomatic arenas, while directly impacting the tech industry. Silicon Valley has a special interest in expanding the H1B visas for skilled workers in order to improve their corporate bottom lines. And while many tech giants may not be interested in the public diplomacy implications of jumping into the immigration debate, they cannot be ignored. If one of the leading sectors in our economy is open and encouraging to immigrants, promoting reform in immigration policies and helping the 12 million undocumented residents come out of shadows, it reflects well on the tech sector’s values and in turn on American values. Many, if not all of these tech giants, are global in scope with offices and employees around the world. They create products that are used by individuals across the globe. If these companies are aiming to bring stable jobs, safe living and working conditions, and products people love to foreign markets, they are representing the U.S. and sharing positive American values. People from countries around the world with skills in programming, development, and the areas of STEM are able to once again see opportunity in the United States. Immigration policy reform can solve a domestic problem at home; improve our reputation with global elites; and at the same time demonstrate American values of openness, innovation, and opportunity.

While the high tech sector now recognizes the power of national politics, it should not forget the implications its companies and policies have on people around the globe.

Discovering Digital Diplomacy: The Case of Mediatization in the Ministry for Foreign Affairs of Finland is a recent study by Aino Huxely that describes how the Finnish Ministry of Foreign Affairs perceives and adopts Digital...

Andreas Sandre, in his recent book, Digital Diplomacy: Conversations on Innovation in Foreign Policy, sheds light on the evolving practice of digital diplomacy in the 21st century. Sandre presents potential...

What's "In the Works" for Corneliu Bjola?

Corneliu Bjola is an associate professor in diplomatic studies at the University of Oxford. He received his Ph.D. in Political Science from the University of Toronto in 2007 and was a research fellow at the...

Former U.S. Ambassador Christopher R. Hill’s recent book, Outpost: Life on the Frontlines of American Diplomacy, is a memoir that provides much insight into his day-to-day life as an American diplomat in the Balkans, Poland...