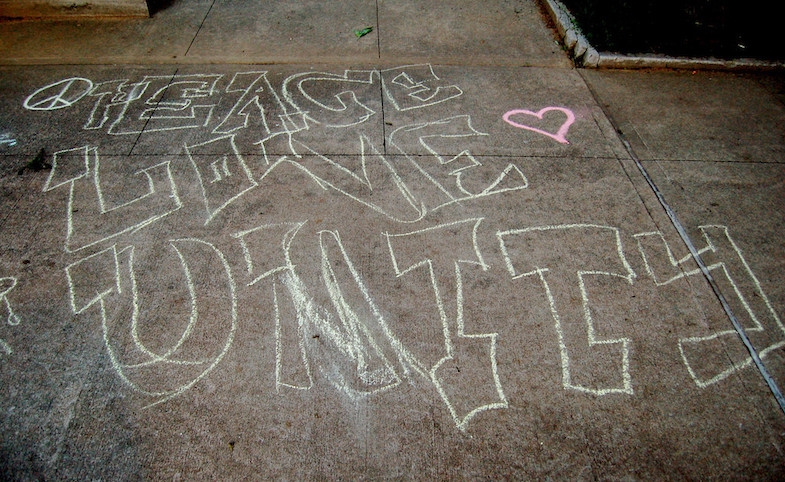 A House United Through Domestic Diplomacy

Donald Trump will soon be sworn in as the 45th President of the United States. The inauguration should be a celebration that coalesces all Americans around respect for the office, trust in our Constitution and the opportunity to move our nation forward, yet the aftermath of this election season has demonstrated that more Americans seem desperate for their voices to be heard, and our divisions seem deeper, than ever in many generations.

During the 2016 presidential election cycle, divisive politics and rhetoric dominated media coverage and has settled in Americans’ hearts and minds. We have seen public protests, acts of violence, stereotyping, and while they may seem like examples of incurable division, they really demonstrate an opportunity for understanding. To take advantage of this opportunity, we need to apply one of our most powerful tools of engagement – diplomacy – in our own country. Throughout our nation’s history, America has united during times of trial.

In 1941, at the time of the Pearl Harbor attack, America was deeply divided. African-Americans lived under a “separate but equal” notion of justice; many Americans had not recovered from the Great Depression, and the economy remained weak and insecure. After the attack, we came together and birthed one of the strongest military service generations our nation has ever seen. Decades later, the attacks of Sept. 11, 2001, no less ruinous than Pearl Harbor, spurred us to rise the next day and join together. The immediate aftermath brought a similar feeling of unity on the home front, but it also soon brought global division, blame and intolerance of foreign ideas, leading to an Us vs. Them ideology.

The ramifications of the Sept. 11 attacks spread far and wide, and I saw them myself. In 2004, while serving as a cultural envoy for the State Department, I began to see, and practice, the power of international diplomacy firsthand.

I traveled to Gaziantep, in southeastern Turkey, on a diplomatic mission. Enthusiastic and eager to do my part but also afraid of the unknown, I aimed to relay our American values of teamwork, diversity and tolerance via cultural diplomacy. Almost immediately, a fuming Turkish man pushed toward me in frustration, saying, “I don’t like the fact that you Americans seek to kill Muslims and you hate our religion.”

Instead of allowing his words and frustrations to form my defining impression of the Turkish people, I chose to hear him out and listen. I wanted to know why he felt this way, and I wanted to assure him that his impression was not representative of all Americans. Listening created an individual confidence; then, we were able to move past our initial confrontation. We discussed shared passions – writing and family – as well as religion, war, conflict resolution and more. He learned that I had no hate in my heart for him; I learned he had none for me. Before leaving, he embraced me with a hug and said, “My apologies to all your people, you all are kind. I see it in you.”

Today, we are divided because instead of listening to opposing perspectives, we make the choice to reject people and slander our leaders in the name of … what exactly? White nationalists gather in Washington, D.C., touting a message of racism; young black youths vandalize the property of Trump supporters; citizens burn the American flag. I have to say to my countrymen the same thing I said to the man in Gaziantep: That does not represent America.

During times of divide, we must look to connect as human beings rather than stereotyping our neighbor and placing each other in categories -- right vs. left, urban vs. rural, educated vs. less educated, etc. Understanding each other in a human sense, and working together to resolve challenges that we face together as a nation, is the only way we will move forward.

Today, we are divided because instead of listening to opposing perspectives, we make the choice to reject people and slander our leaders in the name of … what exactly?

Days after the loss of nine African-Americans in Charleston, South Carolina, at the hands of someone driven by hate and racism, I walked up to a white male sitting in a pickup truck in a parking lot in Northern Virginia and asked, “Can we chat about your Confederate flag?” I didn’t approach him with judgement. In fact, our conversation was very pleasant: “No sir; I am no racist at all,” he said. He introduced me to his girlfriend and in a brief but real conversation, we connected beyond what most would believe possible.

Yes, we debate. We will passionately disagree with opposing viewpoints, and we will stand up for what we view as right or wrong: History has shown this. But even when such disagreements led to bloodshed, the end result has been unification – to a nation that trusts in diversity of ideas and most importantly, its people. The campaign season is over, now is the time to deploy domestic diplomacy, reach out to those fellow Americans whom you might disagree on the surface but agree at the core of our basic principles.

Domestic diplomacy simply means recognizing that we Americans share culture, history and a desire for a better America. Why wait for another tragedy to bring us together? Our similarities create unity, yet we focus on our differences. The spirit of domestic diplomacy can inspire us to understand one another’s similarities and respect our differences.

Look at what highlights your uniqueness and seek it in others when you see anger, division and disagreements. You’ll find qualities and passions you share; you can debate on a platform of respect, shared values and compromise. If we can do this, we can start conversations. Conversation leads to trust; from there, relationships are born and partnerships develop. Moving forward, we should all rally around President Elect Trump; look for avenues to support the new administration. Working in partnership, we can do anything. Because we are the UNITED States of America.

“To all Republicans and Democrats and independents across this nation, I say it is time for us to come together as one united people.”- President Elect Trump, November 2016