Home|If An Airstrike Falls in a Forest...Is the U.S. at War With Yemen? 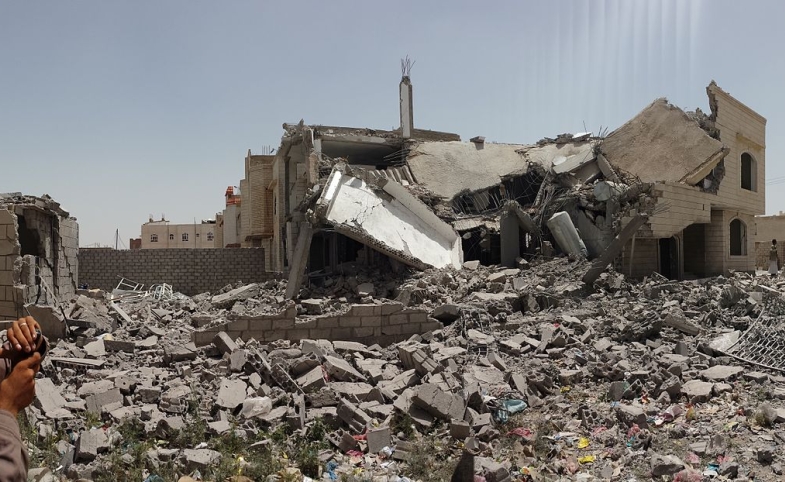 If An Airstrike Falls in a Forest...Is the U.S. at War With Yemen?

Yemen is back in the news. At 23.59h on Wednesday October 19th, a 72-hour ceasefire began between the Houthi rebels in control of most of the country and the internationally-recognized government of Mansour Hadi, who is still in exile, supported by the Saudi-led coalition (SLC). Unsurprisingly, both sides were accused of the violating the ceasefire on the first day.

Those not familiar with the situation in Yemen probably had some expectations that the ceasefire could have a positive impact on the civil war that has plagued the country since March 2015. Those of us in Yemen knew in advance that any ceasefire would only be a token gesture. Even the senior most UN official in the country criticized the long-term effectiveness of such a short ceasefire, because we’ve been through this before. In April 2016, a UN-brokered cessation of hostilities had limited effect. While it did reduce the number of SLC airstrikes on the rebel-held capital Sana’a for a few months, on the active frontlines across the rest of the country—places such as Nihm, just northeast of the capital, Taiz city, and the Yemeni-Saudi border—fighting continued in perpetual violation of the agreement.

Just because we’re talking about it again does not mean that it wasn’t there all along.

Why don’t ceasefires have any value in Yemen? Well, the April cessation was an outcome of the UN-led peace negotiations that were ongoing in Kuwait at the time. One of the reasons espoused was a disconnect between the diplomatic delegations in Kuwait and the military commanders on the ground in Yemen. Indeed, one of the characteristics of the Houthi command structure is that it is amateur and improvised. After all, this is a relatively small bunch of guys from the north who suddenly found themselves in charge of the whole country in late 2014. Their limited numbers and resources is why they had to enter into an uneasy alliance with former Yemeni president Ali Abdullah Saleh and his General People’s Congress (GPC). This alliance was formalized in July 2016 with the inauguration of the Supreme Political Council, an effort by the Houthis and GPC to legitimize their control of the country. The council reopened the Yemeni parliament soon after.

A more conspiratorial reason for the ineffectiveness of the ceasefire resulting from the Kuwaiti talks was that neither side had any real interest in making peace. With delegates in Kuwait allegedly receiving $1000 a day in pocket money so long as the negotiations were ongoing, why would they be in any hurry to find a solution?

A third reason why ceasefires don’t work in Yemen is that the conflict is far more complicated than Hadi and his Saudi allies on one side against the Houthis and their GPC allies on the other. Popular Resistance groups, local tribes, Al-Qaeda, and ISIS are all in the mix, jockeying with each other for influence and control of territory, and making fluid alliances of convenience along the way. Some of these groups, the most active on the ground relative to delegations negotiating outside the country, explicitly declared that they would ignore any ceasefires. Unlike most politicians and diplomats, these guys actually kept their word.

When the current conflict began (officially marked by the start of the airstrike campaign by the SLC in March 2015), it was described as a proxy war between Saudi Arabia and Iran. Then coverage went away for a year and a half because Western powers closed their embassies and withdrew from the country. Even the UN evacuated for a few months. With the recent coverage, media picked up where they left off and are still calling it a proxy war. In reality, the conflict is the complicated hodgepodge of characters mentioned above. 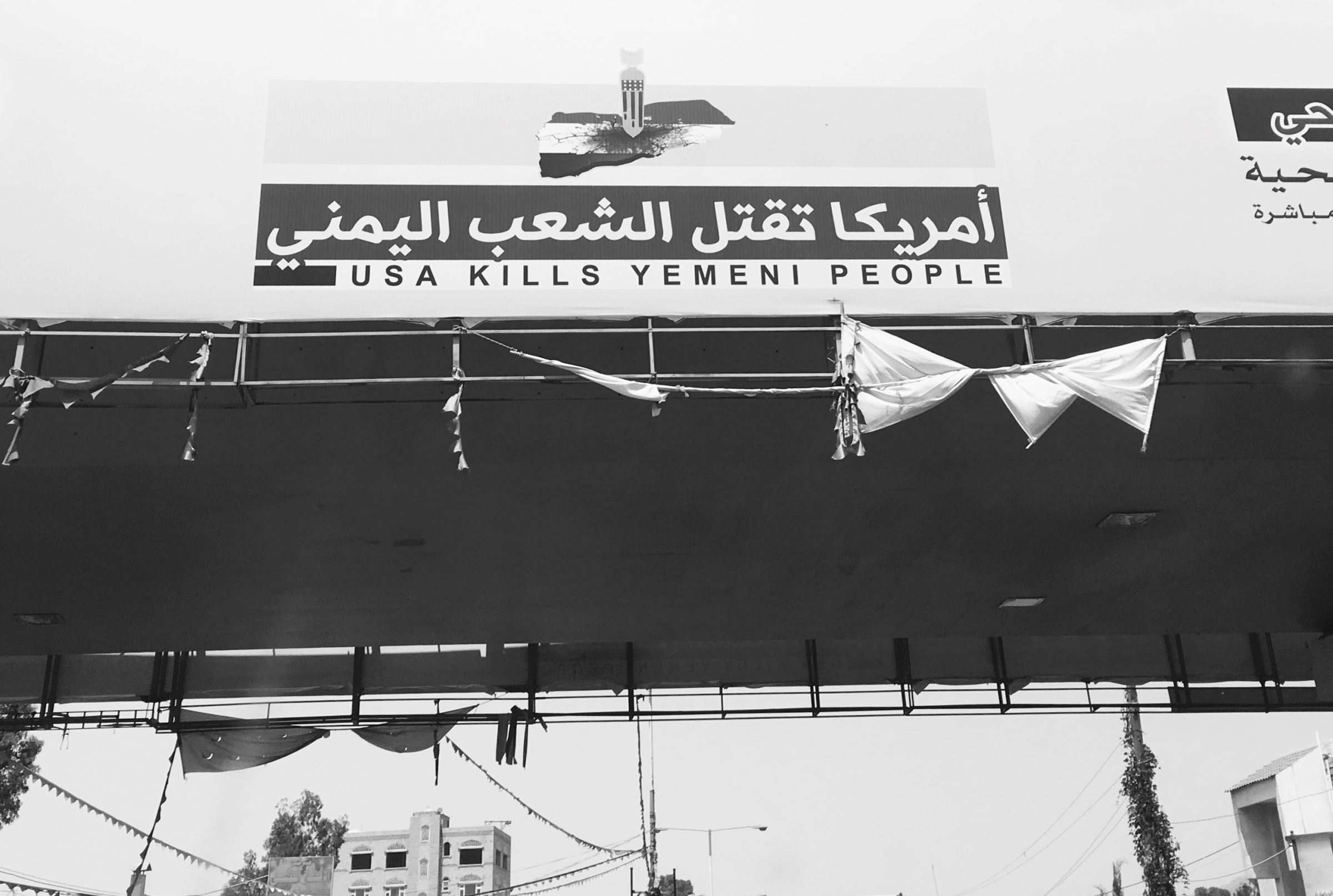 So where does the U.S. fit into all of this? In an opinion piece for the Boston Globe, Stephen Kinzer writes that the US has plunged into another war in the Middle East. However, he posits that this is not because of any significant threat to U.S. national security, but rather due to the United States’ tendency to want to shape other nations, particularly in the Middle East. It is true that Yemen is so off the radar in terms of American interests that most people only know the country from Chandler Bing’s reference to it in Friends. And Kinzer’s point about U.S. policy in the Middle East is a fair one.

On October 9th, Houthi rebels allegedly launched two missiles towards a U.S. naval destroyer in the Red Sea. The incident continued over the next few days, with the US destroying three radar sites in Yemen in “self-defense”. While the exchange did mark a new level of involvement for the U.S. in Yemen, it was not as if the United States had previously been disconnected from the conflict. It has supported its ally Saudi Arabia throughout the SLC campaign in the country. And although the U.S. officially closed its embassy at the start of the conflict, anyone knows that no official diplomatic presence does not preclude an unofficial one. 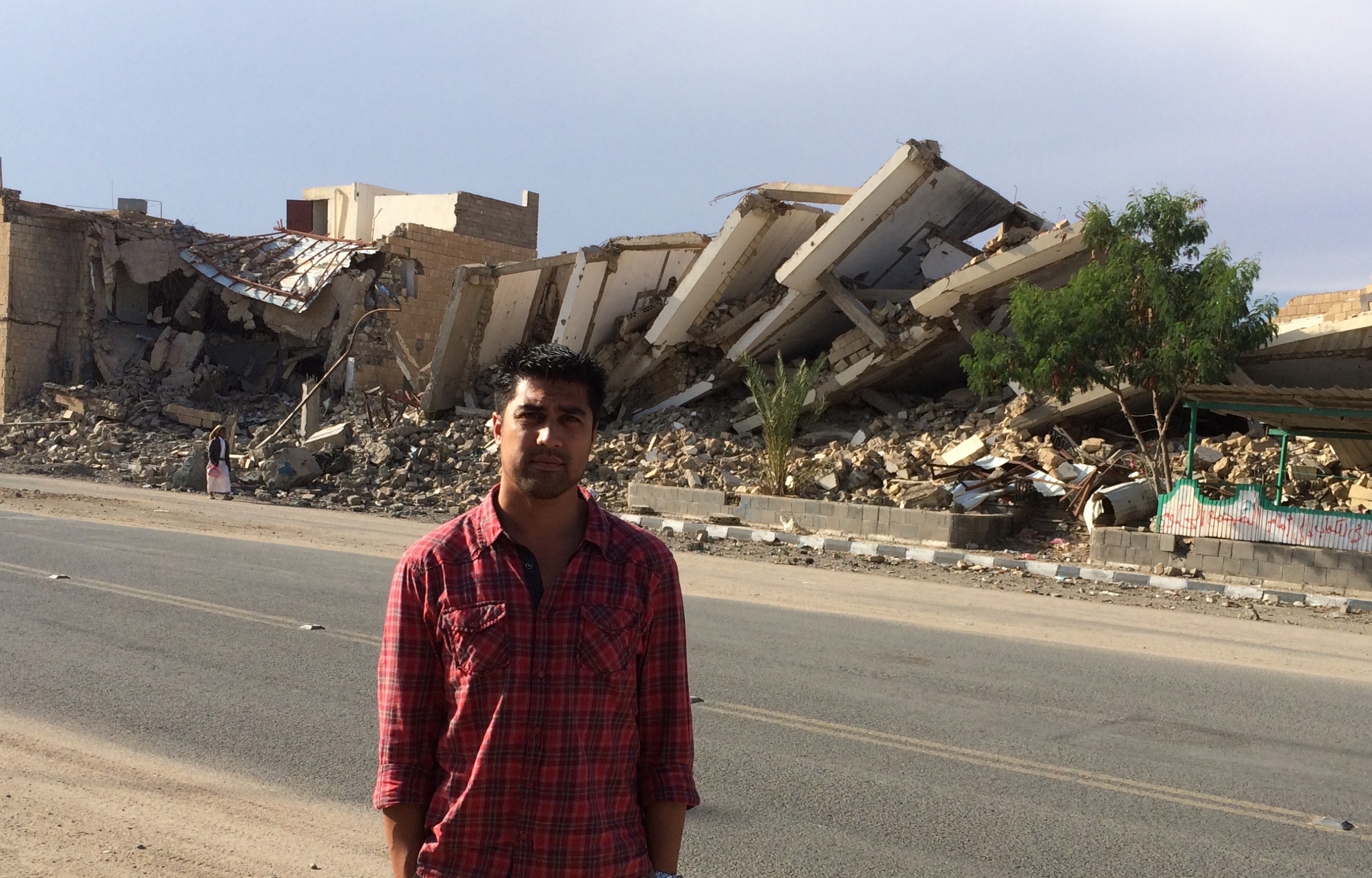 The crux of the matter is media coverage. Just because we’re talking about it again does not mean that it wasn’t there all along. If an airstrike lands on a city and no media was there to cover it, did it really happen? Yes, it did. 10,000 fatalities in Yemen due to the conflict since March 2015 can attest to that. The average Western media consumer cannot possibly keep up with all that is going on in the world, and media has an inherent bias towards national interests (for the sake of ratings). So news media cannot cover everything all the time, but that's no excuse for not delivering on context when the issue makes news again. Just because something isn’t in the media doesn’t mean that it was a tree falling in the forest by itself.