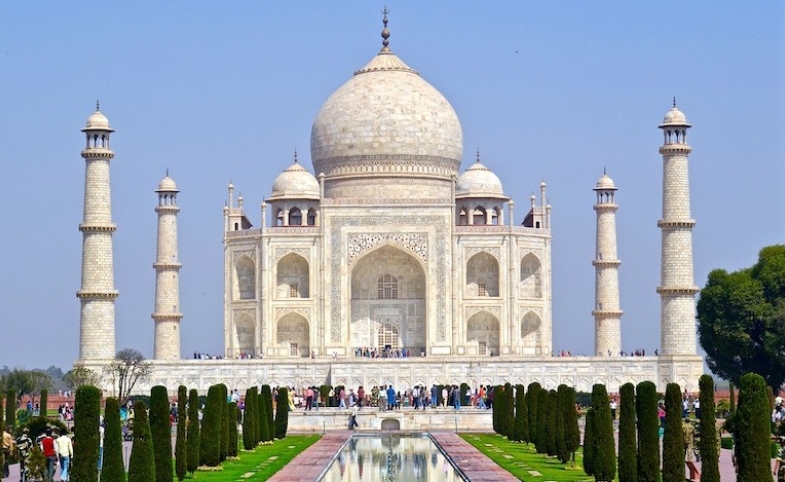 Arguably, few phrases are as misused in international relations as "soft power."

When he coined the term, Joseph Nye captured the important and (at the time) poorly studied phenomenon in international affairs of “getting others to want the outcomes that you want,” predicated on the attractiveness of one’s culture, political values and foreign policy. As the world’s largest democracy that is also home to the world’s largest number of impoverished people, India is variously described as a model of soft power, or a country that makes remarkably poor use of it. For some, its rich culture and democracy stand in contrast to other authoritarian and revisionist great powers, and indeed many Indian leaders speak positively about the country’s soft power potential. By contrast, as implied by its absence from The Soft Power 30 Index, India evidently does not yet benefit as much from international awareness, positive associations or investments in cultural diplomacy as many other countries.

In reality, the picture is mixed. Indeed, there are many ways in which India fares poorly in terms of elements of national attraction. It has a widespread (and often justified) reputation for corruption, endemic poverty and hostility to business. Reports in the international media of pollution in urban areas, child labor and violence against women have also detracted expatriates, tourists, businesspeople and other visitors. At the same time, India’s associations have started to change over the past quarter century from a land of poverty and Mother Teresa to a source of software programmers and techies.

However, despite these contrasting trends, there are several reasons that may explain why India fares worse on objective metrics of soft power than it perhaps should. First, any measure of soft power that compares countries on a per capita basis is bound to favor developed states over developing ones such as India. India may be home to more top 30 unicorns (billion dollar start-ups) than any country other than the United States and China, but its digital penetration remains low, with millions still without access to electricity, let alone basic digital technologies. Similarly, India has more UNESCO World Heritage sites than all but five other countries and more public policy think tanks than any country outside the United States, China and the United Kingdom, but still fares poorly on tourism and education on a per capita basis.

India has often benefited in real, tangible ways from its soft power.

Second, India rates badly on any measure of state-driven cultural diffusion rather than more organic and natural private sector and citizen-led efforts. For example, India’s national airline—Air India—is in such woeful shape that the government struggles to find buyers or investors. But four of the fastest-growing airlines in the world by aircraft orders (Indigo, SpiceJet, GoAir and Jet Airways) are Indian, all privately owned and operated. Indeed, most Indian cultural diffusion to overseas audiences—from yoga to Bollywood—has occurred without the involvement of the Indian government, which has made only belated attempts at reclaiming these phenomena as national contributions. In a similar vein, the Indian government has made no more than modest efforts at promoting the study of Hindi abroad in large part because of its linguistic diversity at home. Recent efforts at doing so have been controversial and hotly debated within India.

Third, there are Indian contributions that are not necessarily associated with the country. The most successful export of India’s largest car manufacturer Tata Motors is Jaguar Land Rover, manufactured primarily in Britain. To give a very different example, Buddhism has hundreds of millions of adherents around the world but very few in its birthplace in India. While Buddhism has become indigenized in such places as Japan, Thailand, Sri Lanka and Mongolia, India has only recently made efforts at appealing to these countries as the fount of Buddhism, by facilitating pilgrimages and sponsoring religious renovations, in China and Myanmar.

Finally, in many cases India’s appeal is to others in the developing world rather than to high-value or prestige markets. For example, despite their many evident shortcomings, India’s universities continue to attract a large number of students from across the developing world, including Nepal, Afghanistan and Africa. Indian food is popular around the world but is often seen as a cheap eat rather than worthy of a Michelin-starred fine dining experience. Indian popular films may not be rewarded at the Academy Awards or at Cannes but have massive followings in China, Central Asia and the Middle East. There are recent signs that Indian culture may be moving up the value chain: consider the establishment of luxury Taj Hotel properties in Boston, San Francisco and London, or the New Delhi fine dining establishment Indian Accent opening up a branch in New York City in 2016.

Despite the evident shortcomings—both in terms of actual soft power and in ways in which metrics capture India’s soft power capabilities—India has a reasonably good track record of leveraging its culture, political values and foreign policy for national objectives. In the 1950s, India benefited from significant aid from both the United States and Soviet Union. Democrats in the U.S. Congress saw India as a darling of the developing world even as Soviet leaders perceived the country as a foothold for their engagement outside the communist bloc. India benefited in very real terms from these associations and relationships, resulting in the establishment of the Indian Institutes of Technology, which formed the backbone of India’s software boom in the 1990s, and the Green Revolution in the 1960s that helped make the country agriculturally self-sufficient.

There was also a strong moral streak in India’s external engagement during the Cold War, helped in part by its self-perception as a pluralistic but postcolonial democracy. In 1959, it was in India that the Dalai Lama sought refuge, and the presence of the Tibetan spiritual leader and his followers in India continues to attract visitors and supporters from around the world.

Similarly, India’s principled boycott of South Africa for its racist Apartheid policies won it respect from post-colonial states across Africa. In 1971, despite overwhelming opposition from the U.S. and United Nations, India created international acceptability for its intervention in East Pakistan (which resulted in the independent state of Bangladesh) by calling attention to the morality of its actions. It was assisted in no small part by the appeal of Indian culture among the likes of former Beatles member George Harrison, who organized a sold-out concert for Bangladesh in New York’s Madison Square Garden that featured Eric Clapton and Bob Dylan, and helped bring acceptability to India’s military intervention and creation of an independent state.

India’s soft power appeal manifested itself even after the end of the Cold War. In the 1990s, India was brought into Asian institutions by the Association of Southeast Asian Nations (ASEAN), which saw the appeal of its growing economy and democratic values. Similarly, in the 2000s, the U.S. worked to gain India an international waiver from nuclear sanctions, effectively recognizing it as a de facto nuclear weapon state, a process that was enabled by mostly positive associations of India as a democracy, growing market and responsible steward of nuclear weapons. Even more recently, governments and dissidents in India’s neighboring countries—from Bangladesh and Nepal to the Maldives and Afghanistan—turn to India for assistance in conducting free and fair elections, drafting their constitutions and developing welfare schemes.

As these examples suggest, the metrics of soft power—particularly those that capture state-led efforts, high-end cultural exports or per capita capabilities—may understate India’s record of utilizing its soft power for national objectives. India has found soft power to be a necessary but insufficient ingredient in its engagement with the world. As a democracy with a rich culture and a modicum of principle in its international engagement, it has often benefited in real, tangible ways from its soft power. Clearly though, it has its work cut out in better projecting its culture and values to international audiences. As India builds upon a range of ongoing political and diplomatic efforts—from improving its ease of doing business rankings, unveiling its Incredible India tourism campaign, getting International Yoga Day recognized by the United Nations or investing in Buddhist diplomacy—we can expect its soft power to gradually grow.

Note from the CPD Blog Manager: This piece, written by Dhruva Jaishankar, originally appeared in the 2018 Soft Power 30 report.