Home|Israel and Palestine: A Dialogue of the Deaf? 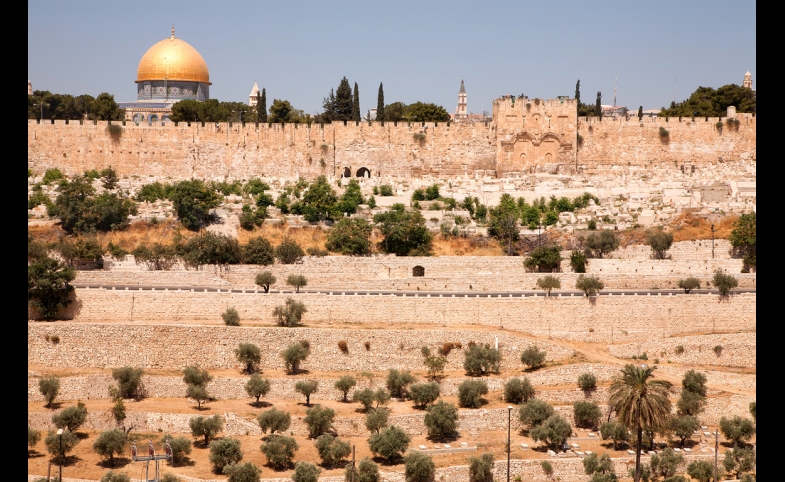 "Dialogue of the Deaf: A discussion in which each party is unresponsive to what the others say."

The past two weeks have seen the onset of a new cycle of violence between Israel and Palestine. To date, this cycle has claimed the lives of tens of Palestinians and Israelis. As the violence wages on, both Israel and Palestine have turned to social media in order to offer their interpretation of events. From a research perspective, this use of social media offers a glimpse into how nations use digital diplomacy in times of crisis.

Interestingly, while Israel alleges that both Hamas and the Palestinian Authority incite against Israel, it is Palestinian President Mahmoud Abbas who is identified as the cause of violence. In a series of tweets, Israel’s MFA claims that Abbas refuses to denounce terror, that he incites terrorism by naming streets after terrorists, and that his combative speech at the recent UN General Assembly urged Palestinians to act violently. This may be an attempt to rally international condemnation of Abbas, which in turn would validate Israel’s claim that he is no partner for peace.

According to Israel, the only solution to the crisis is a Palestinian crackdown on suspected terrorists.

According to the Hamas government, the current cycle of violence is essentially a struggle over the fate of Jerusalem, which has long been at the center of the Israeli-Palestinian conflict. In a series of tweets, Hamas officials have stated that the battle over Jerusalem has officially begun and that Hamas plans to take an active role in this struggle.

“Hamas’s spokesperson Sami Abu Zuhr stressed that the Israeli occupation must cease Judaization schemes and violations of the sanctity of the Al-Aqsa Mosque, and lift the noose tightened around Muslims’ freedom of worship and access to Al-Aqsa”

Interestingly, Hamas seems to be attempting to rally international condemnation of Israel, as the protection of religious rights is now an important global topic. Likewise, these statements present this conflict as one that is relevant to all Muslims. As such, these tweets are quite similar to Israeli tweets that attempt to galvanize international support against Palestinian terror.

What is most surprising about both the Israeli and Palestinian social media narratives is that they seem to ignore one another.

Like Israel, Hamas employs moral arguments in its narrative. Over the past week, Hamas has tweeted images and videos that allegedly demonstrate Israeli violence against Palestinian women and children. Another tweet dealt with Israeli Prime Minister Netanyahu’s claim that Palestinian social media activists are using these platforms to incite violence. Hamas may have highlighted Netanyahu’s statement in an attempt to depict Israel as country that censors freedom of speech, thereby attacking Israel’s self-depiction as the only democracy in the Middle East.

According to Hamas, the solution to Israel’s attack on the Al-Aqsa mosque is a Palestinian popular uprising. The “popular” aspect is a crucial element of Hamas’s narrative, as it evokes connotations of the Arab Spring. In this way, Hamas is framing recent attacks as a democratic revolt rather than as acts of terrorism.

Surprisingly, the official media center of the Palestinian Authority has tweeted only messages with regard to current hostilities blaming the Israeli government for invoking violence. This is not the case with the PLO’s delegation to the U.S. On its Twitter channel, the delegation attacks Israel through moral and legal arguments. For instance, the delegation claims that Israel’s recent killings of Palestinians were similar to an "execution style" murder, or had an "extra-judicial killings and execution style." Such legal arguments carry much weight nowadays as Israel is often the subject of international tribunals, such as the 2015 Gaza probe. By suggesting that Israel has "executed" Palestinians, the PLO delegation may be able to push for further legal investigations of Israel’s military conduct.

A Dialogue of the Deaf?

What is most surprising about both the Israeli and Palestinian social media narratives is that they seem to ignore one another. Hamas’ English tweets do not contend with the Israeli claim that the cause of violence is Palestinian incitement or religious hate. Israel’s tweets do not contend with the Palestinian argument that recent attempts to alter the status quo on the Temple Mount are the root cause of current animosities. Effectively, both sides are depicting staggeringly different realities. This may confuse social media followers from abroad, as they are unable to reconcile the differences between the two realities. Effective digital diplomacy may therefore include more than just getting one’s message across. It also includes countering opposing arguments and claims, thereby winning the debate. Anything else is simply a dialogue of the deaf.

Much has been made of the contests for credibility that take place on social media during conflict. In the ongoing Gaza war, Facebook, Twitter and other online forums have featured the claims of Hamas versus those of the...