Home|Japan and the Art of Apology 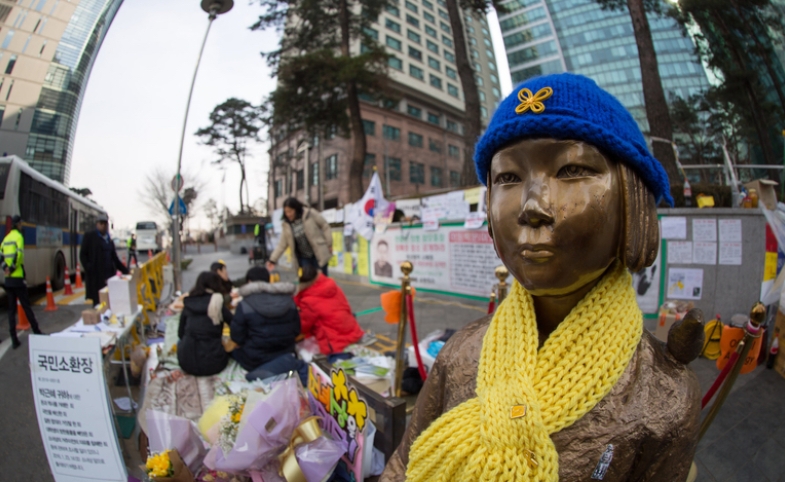 Japan and the Art of Apology

Last Thursday, Japan’s Foreign Minister Katsuya Okada apologized for Japan’s colonial occupation of Korea during World War II. Okada described the time as “tragic” and stated, “I can fully understand the feelings of (Koreans) who were deprived of their identity and nation. I believe we must never forget the victims.” While the words “sorry” or “comfort women” were never uttered, news of another official Japanese apology spread quickly throughout East Asia. Many South Korean news sites lauded the apology and viewed Okada’s statement as a genuine attempt to better the relations between the two nations. While apologies for heinous behavior have rarely hurt relations, Japan is treading thin ice with the South Korean people because of its inability to turn its apologetic rhetoric into action.

At the heart of Japan-Korean relations is Japan’s use of comfort women in WWII. Comfort women were those women who were forced into sexual slavery and prostitution by the occupying Japanese military. While the victims originated from all occupied Japanese territories, the majority was Korean. Until 1993, the Japanese government failed to acknowledge or apologize for their use of sexual slavery despite mounting physical evidence and official documentation. The most substantial apology was delivered by the Japanese Socialist party Prime Minister Tomiichi Murayama in 1995 when he stated, “I offer my profound apology to all those who, as wartime comfort women, suffered emotional and physical wounds that can never be closed…” Unlike the prior vague apologies for inhumane WWII behavior by Japanese officials, Murayama’s was direct, specific, and genuine. While Murayama’s apology was overwhelmingly popular amongst Japan’s foreign neighbors, conservative political leaders from the country’s long ruling Liberal Democratic Party (LDP) despised it.

The conservative and nationalist LDP Prime Ministers following Murayama (ie: Junichro Koizumi) refuted Murayama’s famous apology and continued to stoke the flames of foreign outrage by visiting the controversial Yatsukuni Shrine for domestic political gain. In fact, shortly before I studied in Japan in 2007, former Prime Minster Shinzo Abe found himself in hot water after insisting there was little evidence supporting the use of coercion against the comfort women. Although Abe apologized soon after, the inability of the Japanese government to consistently claim accountability for their WWII actions have turned an opportunity to “come clean” and create good will (or soft power) amongst its neighbors into a public diplomacy nightmare. Fast forward to 2010, and Katsuya Okada’s apology.

Unfortunately for Japan, Okada’s apology, genuine or not, will do little in the long run to repair relations between the two nations. While Murayama did establish the Asian Women’s Fund to assist and pay reparations to comfort women, few victims and their families are willing to collect the benefits because the organization is private and not directly affiliated to the Japanese government. Meanwhile, lawsuits against the Japanese government and large Japanese companies who helped facilitate the abuses have been repeatedly thrown out of Japanese courts. Until the Japanese government and court system take this issue seriously, the legacy of comfort women will remain a constant and painful thorn in Japan’s side as they attempt to increase their soft power in Asia. Japan should learn that empty apologies without action will burn bridges instead of build them.

Mike Hallquist is a second year student in the Master of Public Diplomacy program at the University of Southern California. He began studying Japanese politics and foreign language throughout his undergraduate program at the University of Wisconsin - Milwaukee. During his final semester, he studied abroad at Nanzan University in Nagoya, Japan. In 2010 he was awarded a Foreign Language Area Studies Fellowship and continues to study Japan's public diplomacy, foreign policy, and the Japanese language.