Home|Media in the Arab World 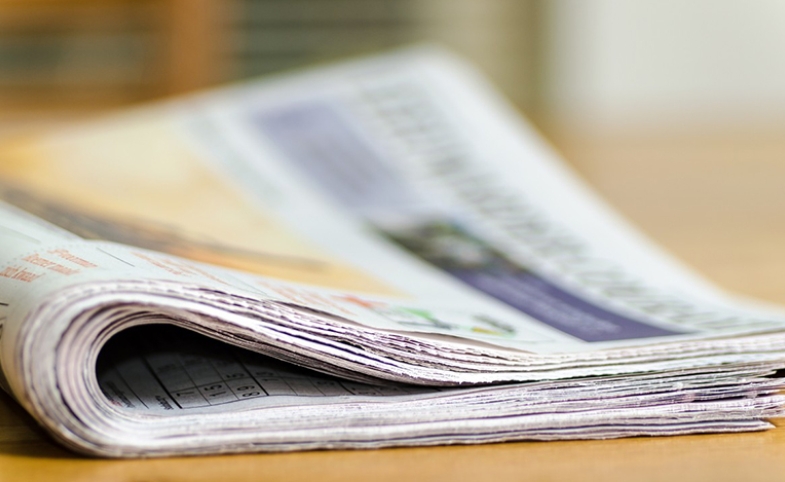 Media in the Arab World

Author’s note: This piece is based on an October 26, 2020 interview examining the influence of Islam in content disseminated in the media. To this end, the case of the caricatures of the Prophet Mohammed in France (2011 / 2012), still with recent repercussions, is contextualized by Kamal Hamidou, University of Qatar associate professor and Mass Communication department head. He lends particular attention to the presence of international media as part of public diplomacy in Arab countries. An earlier version of this interview was published November 4, 2020 by Marinho Media Analysis.

Public Diplomacy within the Arab Context

In order for public diplomacy to be effective, it is appropriate to consider the context of receiving messages as vital. In this regard, according to Kamal Hamidou, University of Qatar associate professor and Mass Communication department head, in Arab countries it is necessary to take into account a normative religion, such as Islam, which influences the lives of Muslims on a daily basis, including the way they envision freedom of the press and freedom of expression. 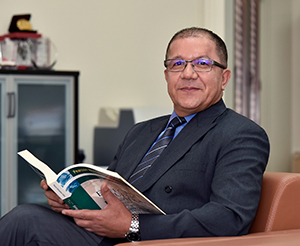 Hamidou explains that media professionals, just like any other individuals, because of Islam, are affected by an ethical and moral framework applicable to the sphere of information, thereby banning slander, defamation, attack on human dignity, racial discrimination and attack on religions, for instance. This expert points out that freedom of expression and freedom of the press cannot override the common good and human dignity, given that, in light of Islam, morality is above information, and messages must be endowed with noble values.

There are various international television media channels in Arab nations, such as: the U.S.'s Alhurra TV and Radiosawa; Russia's RT; Germany's Deutsche Welle; France's France 24; China's CGTN; Japan's NHK; and the UK's BBC. Straightforwardly speaking, Hamidou shares that these media, which have considerable material resources at their disposal, are engaged in a heated media battle, with the goal of exerting influence over Arabs in the information, political and ideological domains.

Hamidou adds that these media seek to rival local channels that dominate the pan-Arab media landscape, such as Al Jazeera, Al Arabiya and Sky News Arabia. This scholar acknowledges that, along with the aforementioned channels, there are other major foreign media broadcasting from the Middle East region or from a nearby area geared to Arab audiences, as is the case with the Israeli channel I24 in Arabic, the Turkish channel TRT Arabic and the Iranian channel Al-Alam.

These channels are regarded by Hamidou as soft power/public diplomacy instruments, disseminating the cultural, political and ideological values of the countries funding them, with relative efficiency and with a popularity that depends on the objectivity with which they address topics affecting the region.

In comparative terms according to Hamidou, the BBC leads TV ratings in the Middle East because it is traditionally more objective and more balanced than the competition. This scholar, in his analysis, considers that Arab viewers, keenly aware of the problems affecting the region, are not deceived, as they reject contents that are ideologically, politically or culturally biased or propaganda-based.

Caricatures of the Prophet Mohammed

With regard to the consequences of publishing the caricatures of the Prophet Mohammed in France (2011 / 2012), Hamidou acknowledges that the terrorist acts affecting the lives of innocent people are religiously, morally and humanly reprehensible. Hamidou is of the opinion that Islam should not shoulder the blame for actions undertaken by ignorant or manipulated individuals.

From this expert’s standpoint, the Charlie Hebdo newspaper committed a serious error by publishing provocative and obscene caricatures of the Prophet Mohammed, thereby involving a religion followed by around two billion people worldwide. Hamidou deplores the fact that this careless act caused the death of several people, heightened tensions and affected the harmony that called for so much effort to build up, through campaigns raising awareness for tolerance and acceptance of others, both in France and in other countries.

This scholar, in his analysis, considers that Arab viewers, keenly aware of the problems affecting the region, are not deceived, as they reject contents that are ideologically, politically or culturally biased or propaganda-based.

Hamidou is at a loss as to how said publication can be defended, for the sake of absolute freedom of expression, while disregarding a religion followed by seven million people in France. The way Hamidou sees it, this case can be accommodated under the French Law on Freedom of the Press of July 29, 1881.

This scholar adds that in France, there are precedents where lawmakers do not hesitate to put forth laws aimed at prohibiting freedom of expression, and where the justice system has sent people to jail or levied fines for their ideas. In this regard, Hamidou points out a bill tabled to prevent criticism of Zionism.

In view of instances such as the caricatures of the Prophet Mohammed, the interviewee maintains that anywhere in the world, Muslims should peacefully express their dissatisfaction, in political terms, which include elections, legislation and associations.

In this interview and using as a starting point Islam’s influence on Arab society in general and specifically on the media, the University of Qatar's Kamal Hamidou contextualizes international communication geared toward a region that is geo-strategically and geopolitically as important as the Middle East.

Hamidou’s critical perspective is presented as being open to dialogue and, as such, with the hope that if there are contents disseminated by the media that cause bloody conflicts, others could contribute toward harmoniously bringing about rapprochement between Arabs and non-Arabs.