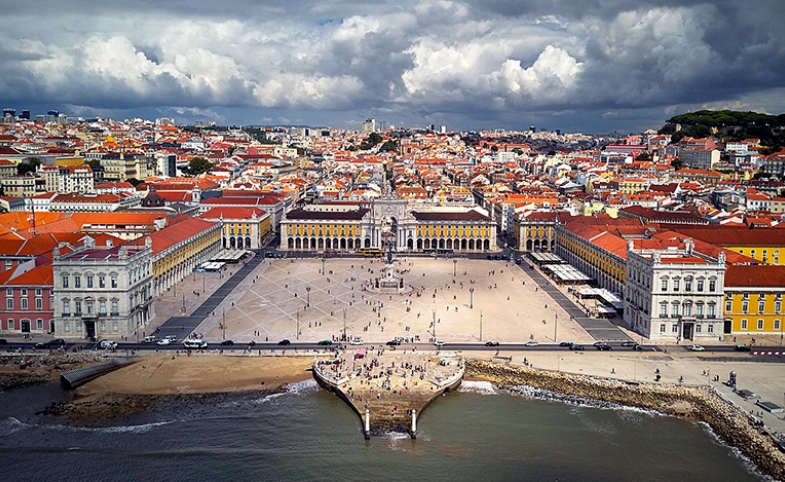 Note from the CPD Blog Manager: The following is an interview dialogue with Army Brigadier General Nuno Lemos Pires, National Defense Policy Deputy Director at the Ministry of Defense (Portugal), conducted by Jorge Marinho and co-author Júlio Ventura October 21, 2020 via Zoom. This dialogue is edited for the CPD Blog and an earlier version was published November 18, 2020 by Marinho Media Analysis here.

Author’s note: This interview presents several measures with regard to protecting citizens concerning information warfare / psychosociological warfare initiatives. Brig. Gen. Lemos Pires reflects on the assertion of national sovereignty and identity regarding the media. He envisions Portugal politically and strategically and highlights the military public diplomacy of the Portuguese Armed Forces.

Jorge Marinho (JM): According to George J. Stein and Richard Szafranski (1995), there is currently, and there will be in the future, an ever greater number of international conflicts surrounding communication­—that is, the effects that messages disseminated internationally can have in other countries. To this end, we can talk about propaganda/public diplomacy campaigns, psychological warfare, information warfare (Szafranski, Richard [1995] “A Theory of Information Warfare: Preparing for 2020”), communication warfare. Do you agree with this perspective from said experts? 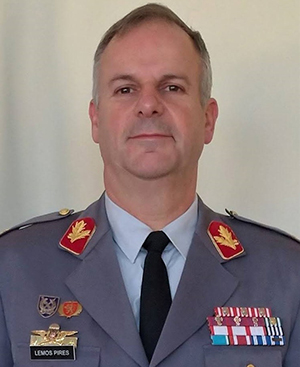 Brig. Gen. Lemos Pires (BG LP): Not only do I agree, but I also think that at the moment, there is now scientific evidence that it is so. Therefore, at this moment, we are talking about everything which, in the field of conflicts, has to do with the grey zone or of a non-war/near-war zone that cannot be classified because there is a problem that has to do with attribution.

While it is very difficult to identify who is doing exactly what, we know where this leads to: the influential domain. All kinds of instruments are used, namely indirect ones that can avoid being attributed (attribution), that is, done by private entities or by unclassified entities, such that we find it very difficult to identify whether or not there is a state or an organization behind this.

JM: How can a state such as Portugal defend its citizens from these initiatives—possibly external ones that target individuals, groups and more or less the vast strata of society—within the context of neuropsychological or psychosociological warfare in some cases? What measures can the state adopt for defending its citizens under these circumstances?

BG LP: There are five Cs that I propose in a book titled, Civilização Quântica (Quantum Civilization) (2020), where two correspond to your question.

The first C involves investing heavily in critical sense/critical thinking. This is what is taught from a very young age and which we need to pursue in adulthood, where the entire message needs to be filtered. And we need to be able to raise doubt. If we start in school, telling a child from a young age: “You are Portuguese,” and we ask them, “What is Portugal good for?”, we’re not telling them they are just Portuguese, but we have to raise doubts in them. “Why do you want to be Portuguese? Why does Portugal exist? Why does the Homeland exist? Why should we go to school?” This is the critical sense.

The other C is citizenship: global and national citizenship that is taught. Now, when we learn citizenship, and we have critical thinking, and we put citizenship into practice over the course of our lives, we become immune. This is group immunity, since we create resilience to external factors.

Júlio Ventura: Do you accept that, even in a state of democratic matrix, on top of declaring a state of siege or of emergency, as constitutionally enshrined in Portugal there can be restrictions to the free flow of information from the outside, for security and national defense reasons that assert sovereignty and national identity?

BG LP: I know we have a Portuguese Constitution with Rights, Freedoms and Guarantees. I know freedom of expression can never be called into question, and the right to information can never be curtailed. Still, I am also aware that where there are rights, there are also duties. Therefore, the right to citizenship and the right to freedom also have the duty of citizenship and the duty of freedom. When there is information offensively designed to curtail the freedom of citizens, I have to defend it.

Now, let’s regulate this. It’s not easy! That’s why the European Union is putting in place a strategy to defend this under these very terms. If it had been easy, it would already have been done. However, if I know what I am defending, I am fully aware of where I want to be heading.

I know I want to guarantee that we are not bombarded, used or the victims of misinformation campaigns and at the same time, to make sure people have freedom of expression so they can speak their minds. While this is a difficult balance, it’s not all that hard because these days, we already have algorithms, big data, ways of working mass information and an understanding that deep down, lies an aggressive intention, or just an opinion or debate.

When we are on open platforms and anybody can see something, with false information the credibility mechanisms are missing, and so we have to create them anew. While we need to have a social media polygraph, which is already somewhat in place, we are still very far from having effective mechanisms.

JM: Let us now address that which could be regarded as military public diplomacy, that is, information and influence activities. By what means and methods can military personnel influence international publics as part of strategic communication? Distributing pamphlets, creating sites, creating/taking part in radio or television programs? Do the Portuguese Armed Forces have some soft power capability, and on top of that a traditional link to hard power?

BG LP: They have increasingly greater capability, both nationally and internationally. Indeed, abroad they are by far arguably Portugal’s most predominant player. If there is a Portuguese Public Ambassador anywhere in the world, this occurs via the Armed Forces. When a soldier is in the Central African Republic, providing aid to the locals, and then CNN shows up to record an interview with him, there is nobody. There is no other institution that is able to achieve this outreach as the Armed Forces do.

It’s the same thing here, in Portugal: during the COVID-19 crisis, when people see Armed Forces that are everywhere and not exactly giving briefings every day, when people realize that troops are at hospitals and senior nursing homes undergoing decontamination, no campaigns are needed to disseminate such an image. Things end up speaking for themselves.

JM: How does a serviceman relate to peace from your standpoint? Is it not a contradiction to want to be a serviceman and to want peace?

BG LP: Peace is what we make. War is just a transitional state to achieving peace. It’s toward that end that we work.