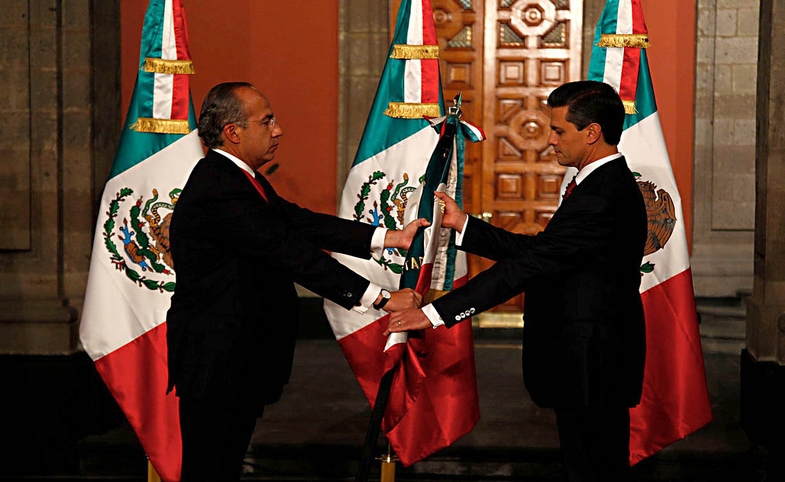 After only a few days in office, Donald Trump’s multiple executive orders have proven that he is no joke. His orders for the construction of a wall at the southern border of the U.S. have resulted in traditional media and social media users honing in on Mexico and its president, Enrique Peña Nieto.

With the world navigating uncharted waters, everyone will be observing how Mexico deals with Donald Trump. They will use Mexico as a reference on how trade, security, and diplomatic issues are to be handled with the new United States government.

Even though Mexico’s outcome looks uncertain, there is nonetheless an opportunity for it to show the world that the country is larger and more important than generally thought, and that it embraces values that might prove right in the end. The government should use this opportunity to reaffirm its position in favor of free trade and seek additional trade partners in order to assuage its dependency on the U.S.

With more than $583.6 billion in goods exchanged at the southern border, NAFTA is the most dynamic trade deal in the world. The outcome of the recently announced renegotiations will unquestionably affect the fate of millions of families not only in both nations but around the world. Mexico’s economy and negotiators will be tested as never before, as it will be the first to negotiate a deal against the Trump presidency.

Governments that are threatened by the new U.S. presidency, such as China, the EU, or any country with a free trade agreement (FTA) with the U.S., will undoubtedly pay close attention to Mexico’s negotiations and the outcome. Mexico con take advantage of this spotlight to promote its economic capabilities, its vision, values, and advantages to the world.

President Peña Nieto and his entourage are being presented with an opportunity to redeem themselves.

Despite the two economies being deeply intertwined, it seems that Donald Trump is committed to separating the United States from Mexico no matter the consequences. In addition to his economic reasoning, there is a racial factor that everyone ought to recognize: Donald Trump’s scarce mentioning of renegotiating NAFTA with Canada, and his racist remarks about Judge Gonzalo and his Mexican heritage are evidence of the White House’s racial attitude and indifference towards its southern neighbor. The outcome of renegotiating NAFTA remains uncertain, but President Trump’s unwavering anti-Mexican position is a signal that Mexican negotiators should never disregard.

In defending its national interests, the Mexican government’s responsibility is to denounce Washington’s posture and reiterate that it will not be intimated by a hostile government.

Fortunately, Mexico is not alone. Recent massive protests within the U.S. and the disapproval of many world leaders of the Trump administration indicate potential allies.

However, to be able to oppose a populist such as Trump, Mexico is itself in need of good leadership. And through crisis after crisis, President Peña Nieto’s leadership has been inadequate, earning him the lowest approval rating in Mexico’s history. This situation opens the door to two-time presidential hopeful Andres Manuel Lopez Obrador (AMLO). An anti-establishment candidate, he is a departure from Mexico's past neoliberal leaders, and has a penchant for Latin American solidarity.

Trump's orders for the construction of a border wall and his threats against Mexico’s sovereignty through the suggestion of sending troops to eliminate the “bad hombres” have provoked a national outrage that have benefited AMLO’s position in the polls. A context with Trump and AMLO could certainly change the binational relationship.

Currently, President Peña Nieto and his entourage are being presented with an opportunity to redeem themselves. If they manage to get a good deal throughout this turmoil, they have the opportunity to mend Mexico’s international image–as well as their own.

Former Mexican Ambassador Arturo Sarukhan believes that “one should never let a good crisis go to waste.” The world is watching. Let’s hope that Mr. Peña Nieto heeds this advice.

Sergio de la Calle
Contributing Researcher, Journalism with Purpose
Candidate, USC Master of Public Diplomacy
YOU MIGHT BE INTERESTED IN...

Donald Trump’s recent incendiary statements against Mexican immigrants and regarding U.S. trade relations with Mexico seem to have shocked many in the U.S. Both issues are pillars of Mexico’s foreign policy to the U.S., for...

Mexico’s international image is in shambles. Once lauded as a promised land by the international media and markets, Mexico has completely lost its mojo due to an improper administration, plagued by scandals. At the beginning...