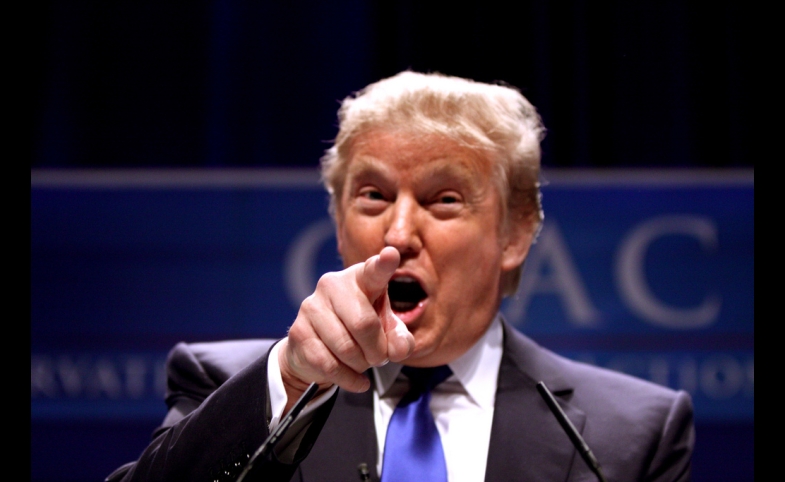 Donald Trump’s recent incendiary statements against Mexican immigrants and regarding U.S. trade relations with Mexico seem to have shocked many in the U.S. Both issues are pillars of Mexico’s foreign policy to the U.S., for which the country has been building a narrative to improve its image and that of its diaspora. Trump’s comments challenge the Mexican government’s narrative, and it seems he is gaining popularity in the presidential GOP race. Should his offensive rhetoric be particularly worrisome for the Mexican government?

Yes, to some degree. Illegal migration always causes heated debate in the U.S. and Mexicans are particularly affected by anti-immigrant rhetoric because of its large numbers of undocumented migrants. Traditionally, Mexico has been discreet in its relations with its diaspora, to protect them from the spread of negative perceptions and potential hostility from anti-immigration groups.

But when cases of murder by undocumented migrants are put in the spotlight, anger arises. This creates headaches for Mexican authorities, which have long insisted upon the acknowledgement of the positive economic and social contributions of Mexican immigrants, and pushed a “shared responsibility” narrative on migration and security issues.

In two of his campaign’s public appearances, Mr. Trump told the story of an African-American father whose son was accidentally shot by a Mexican gang member to make the point that “when Mexico sends its people, they’re not sending their best.” Mr. Trump is challenging the shared responsibility narrative and wants to link crime and immigration. The security situation in Mexico can only worsen the negative perceptions created by this link. Besides, perhaps in an intentional effort to win votes, Mr. Trump’s comments may also agitate existing tensions between the African-American and Mexican communities.

Is it possible that Trump could garner support from the Mexican diaspora by trolling the Mexican government? It is certainly a far-fetched scenario, but one Mexico cannot dismiss.

However, there is no need to press the panic button. This time, as on past occasions, Mexico has found in big companies the partners it needs to cope with the controversies Trump has created. Univision and NBC have already decided not to broadcast Miss USA, the beauty pageant owned by Mr. Trump. The cancellations were possible because Latino organizations put pressure on these corporations. Many other big companies, celebrities, and associations have followed the boycott.

In later statements, Trump clarified that his anger was not with the Mexican people but with the Mexican government, which he alleges is taking advantage of current migration and trade policies. For Donald Trump, Mexico’s government is not an amigo but an untrusted neighbor.

Since the beginning of President Peña Nieto’s current administration, the government has spoken less about the drug war and more about the economic value of the U.S.-Mexico relationship. To this end, Mexico highlights the trade ties it has with several border states and pushes the “North American prosperity” narrative. However, the American tycoon is also questioning these trade policies, alleging that Mexico is outsmarting the U.S. on the basis that the U.S loses by not bringing back manufacturing jobs offshored to Mexico.

Yet Mr. Trump has declared he is confident in winning the Hispanic vote, and perhaps cleverly, he is aware that many in the Mexican diaspora have a long-held mistrust of the Mexican government. Is it possible that Trump could garner support from the Mexican diaspora by trolling the Mexican government? It is certainly a far-fetched scenario, but one Mexico cannot dismiss. An overwhelming majority of Latinos disapprove of Trump, and only a small fraction of them would support him. Besides, his criticism of other GOP presidential candidates seems to be moving him towards political isolation.

So far, the only official reaction from Mexico was a discreet statement from its Foreign Affairs Minister, politely implying that Trump is an ignorant racist. Although there is no reason to panic yet, Mexico should take note of Trump’s criticisms if the country does not want further bad press that makes it look dysfunctional to everybody, including its own diaspora. Instead, Mexico should find more allies in coping with Trump.

The large number of Central American migrants crossing Mexican territory in caravans to reach the U.S. offers Mexico with an opportunity to handle the issue in accordance with its international commitments. It can also...