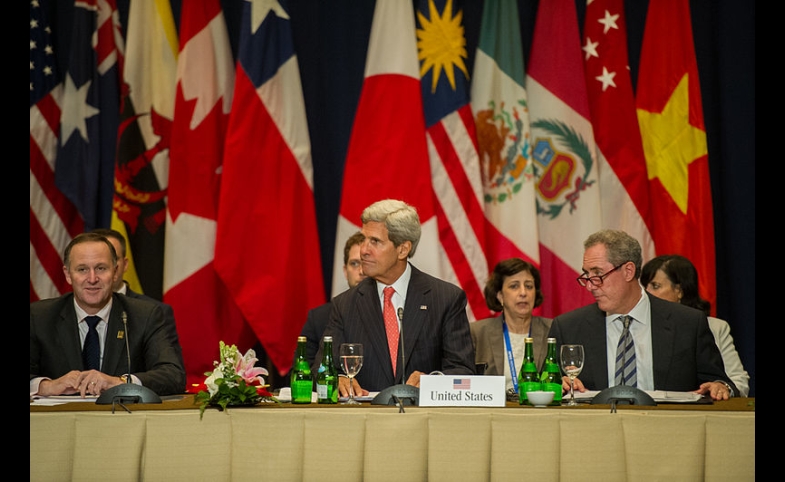 A few weeks ago, negotiations among the 12 Asian-Pacific countries involved in the Trans-Pacific Partnership (TPP) came to a favorable conclusion. The U.S. government touted the TPP as the biggest multilateral trade deal of our time, one adapted to the 21st century economy. The dominant perception is that the TPP is the commitment of the United States to Asian-Pacific relations, as well as an assertion of America’s trade and security rules and norms in a region increasingly influenced by China. This perception works well to positively influence the U.S’ Asian partners. But for its North American partners, Mexico in particular, the U.S’ rhetoric is different.

The U.S is telling Mexico that the TPP will reinforce North American cooperation, while increasing bilateral trade and opportunities in Asian markets. Trade with the U.S. is key for Mexico, as the country wants to consolidate a common prosperity narrative with its neighbor. Arguably, the success of the TPP will bring more credibility to the Mexican government’s narrative. However, if common prosperity should prevail, the challenge for Mexico and the U.S. is to protect the narrative from negative perceptions of the TPP.

One common critique in the U.S. is to compare the TPP with NAFTA, the controversial North American trade agreement signed in 1994. In the U.S., during the years following NAFTA, Mexico was portrayed as a job stealer after manufacturing jobs were relocated to the south. In Mexico, deepening trade with the U.S. was seen as damaging, especially to the agriculture sector.

The dominant perception is that the TPP is the commitment of the United States to Asian-Pacific relations, as well as an assertion of America’s trade and security rules and norms in a region increasingly influenced by China.

Although Mexico has challenged this image by playing up the strong trade tying the border states, recent allegations spearheaded by presidential hopeful Donald Trump about the country outsmarting the U.S. may stir up a debate about the gains and losses of U.S.- Mexico trade.

President Obama has spent considerable time disassociating TPP from NAFTA, and the White House has been keen on framing the TPP as positive for the middle class. Obama has also described the TPP as an improved version of the North American trade agreement, which will benefit workers and businesses from the labor and environmental regulations not included in NAFTA. But this has been a tough sell to Democrats and unions, due to fears that the TPP will bring more job losses. Moreover, high-profile attacks on the TPP from Nobel Prize-winning economists Joseph Stiglitz and Paul Krugman questioned the benefit to free trade, while underscoring one of the main criticisms the TPP has received since its start, namely, the secrecy of its negotiations and the predominance of big corporate interests.

Similar to its U.S. counterparts, the Mexican government is saying that the TPP will strengthen North American cooperation. Mexico is trying to emphasize the TPP’s capacity to attract investment and create well-paying jobs, but criticisms from prominent Mexican foreign policy analysts question whether the TPP can increase market access beyond what it has already achieved in North America. Furthermore, the government’s hope of gaining more access to Asian markets are undercut by China’s strategic position to supply the manufacturing goods that Mexico could offer to the Asian countries of the TPP.

One key achievement for the common prosperity narrative was the North American automobile industry’s “rules of origin” success, which countered Japanese efforts to create greater U.S. access to Japan made auto parts. This was controversial, because the U.S allegedly negotiated with Japan without consulting its North American partners. But automobiles are only one of the issues covered by the TPP. As TPP negotiations become more public, the common prosperity narrative will face more challenges.

The U.S.-China Relationship: Holding Together Through Public Diplomacy

The relationship between the United States and China is arguably the most consequential bilateral relationship of our times for both countries and beyond. Taken together, the U.S. and China represent one fourth of the...