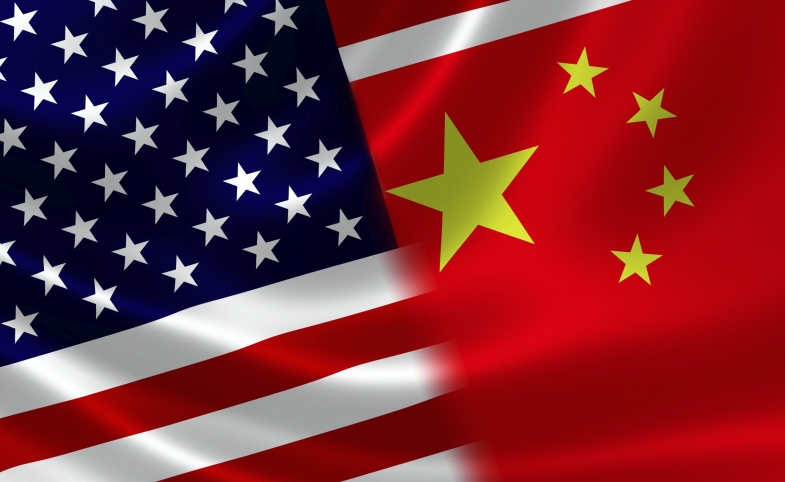 The U.S.-China Relationship: Holding Together Through Public Diplomacy

The relationship between the United States and China is arguably the most consequential bilateral relationship of our times for both countries and beyond.

Taken together, the U.S. and China represent one fourth of the world’s population, one third of the global economic output, over 40 percent of CO2 emission, and nearly half of the world’s defense spending. Given the disproportionate impact the two countries have globally, it is not difficult to understand why the relationship between them also matters greatly to others.

Competition and rivalry between the U.S. and China appear inevitable. Their relationship is generally framed as that of a rising power challenging an incumbent power. There are three possible outcomes for such a relationship: a win-win situation, a negative-sum scenario, and a zero-sum game.

Most of the attention has been focused on the zero-sum scenario. The conceptual expectation when a rising power (China) challenges a sitting power (the United States) is one of security competition and military conflict, because the dominant power will naturally resist the rising power’s efforts to overtake its incumbent position. Many have pointed to historical precedents to demonstrate that military conflict is inevitable in such a power transition, with the exception of the United States replacing Britain in the first part of the twentieth century. After all, the United States and China have different histories, political systems, and cultural norms.

On the other hand, the liberal-internationalist school of thought contends that the dynamics of international order have changed fundamentally, given the unprecedented globalization facilitated by widespread, instantaneous communication technologies and the emergence and diversification of global actors. There are now more incentives and opportunities for countries to cooperate than to compete and destroy. In the U.S.-China case, as James Steinberg and Michael O’Hanlon have argued in their book Strategic Reassurance and Resolve: U.S.-China Relations in the Twenty-First Century, “The lack of intense ideological competition, as well as the absence of bilateral territorial disputes or imperial ambitions by either side, suggest grounds for hope.” And the two countries are far more interconnected and interdependent through commerce and culture than most tend to realize, a trend which is only growing.

Whether one holds a deterministic view or a more optimistic view, the key challenge remains how to effectively manage the tensions and conflicts between the two countries amidst their growing contact with one another and, especially, in light of China’s expanding regional and global footprint, including such new initiatives as the Asian Infrastructure Investment Bank, the Silk Road Economic Belt, and the 21st Century Maritime Silk Road programs.

The U.S.-China relationship is simply too consequential to be allowed to falter and fail. The cost of mishandling it would be enormous, if not disastrous, for all.

The United States has pursued a mixed strategy of containment and engagement toward China since the end of the Cold War. The two-pronged policy of “congagement” – military containment and economic engagement – has enjoyed bipartisan support; but is also seen as a paradoxical tangle and, according to Justin Logan, a “hopeless contradiction,” for one cannot have it both ways in this situation – making China more powerful through economic engagement, while at the same time seeking to contain its power and influence.

The Obama administration has continued with this general policy orientation. This reflects an increasingly common view that the U.S.-China relationship will be characterized by, in the words of the noted China scholar Harry Harding, “a blend of cooperation, competition, and discord.”

At the same time, the Obama administration’s China policy does have a sharpening focus on the Asia-Pacific region through its “strategic pivot to Asia” initiative, later re-phrased as “rebalancing toward Asia.” China has not been invited to join the Trans-Pacific Partnership, a pan-Asia-Pacific free trade pact, in which the United States is playing a leading role. Obama’s China policy embodies consistent themes in America’s China policy over the past couple of decades. However, neither China’s elites nor its general public view his policy as being more cooperative or pro-Chinese than previous administrations’ policies.

Needless to say, there are many complications in managing this complex relationship. Chief among them are the geopolitical uncertainties in regions where the two countries’ interests and values may diverge or collide. The disputes in the East and South and China Seas in recent years are illustrative of such challenges.

Within the United States, the “crisis of becoming number two” will become more acute. Are America’s leaders and citizens prepared for the fact that the U.S. economy will be superseded by China’s in the near future, given the likely continuation of China’s growth trajectory?

However, it should be noted that China’s continued rise is not preordained. The most important uncertainty lies within China. China’s modernization strategy is anchored around loosening top-down, central command over aspects of its society. Although the government retains control over ideology and politics, its relative loss of control means that it is in greater need of public legitimacy; hence the growing importance of public opinion.

In short, competing and conflicting interests abound between the United States and China, and there are genuine differences in the policies they pursue and the values they embody. Nevertheless, the bottom line is clear: the U.S.-China relationship is simply too consequential to be allowed to falter and fail. The cost of mishandling it would be enormous, if not disastrous, for all.

Holding the relationship together requires political and policy imagination, as well as active, sustained engagement through public diplomacy. Public diplomacy tools are vital to creating an enabling environment in which the two countries can pursue goals and policies; whereas a hostile climate of opinion puts pressure on both governments’ diplomatic stance, leaving little room for policy maneuver and implementation.