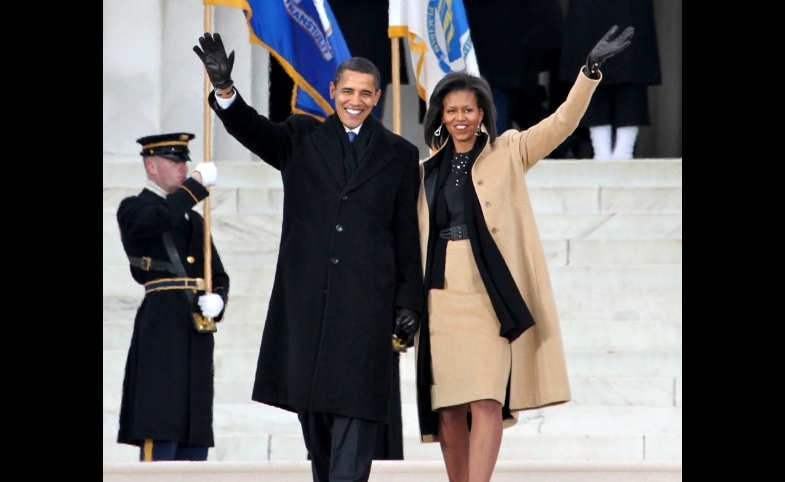 As Barack Obama nears the end of his presidency, and the political fight to succeed him grows more intense, how might we view the foreign affairs accomplishments and failures of the Obama years through the lens of public diplomacy?

Of course, public diplomacy (when conducted by governments) must eventually be judged as part of a larger diplomatic effort. At its best, good public diplomacy goes hand-in-hand with good traditional diplomacy.

But what stand out as important examples over the last seven years of public diplomacy—successful or otherwise? And how have diplomatic successes (and failures) under Obama impacted the support of foreign publics for the United States?

The answer is of more than casual importance. George W. Bush left office eight years ago with the world in a financial crisis and the popularity of the United States at record lows. Today, objectively speaking, the global economic picture is much better than it was in January 2009; if the world’s perspective on the U.S. and its officials has also improved, the next U.S. president will take office having an advantage that Barack Obama and his first Secretary of State, Hillary Clinton, did not.

The Pew Research Center, trusted for its international polling, published survey results last summer showing that around the world, most publics have trust in the United States under Obama. These ratings are considerably better than the approval ratings that Obama gets at home, where the American public is almost evenly split in its view of his presidency.

According to the Pew data, in most of Europe and Africa, Obama remains very popular. In India, the exchange of state visits with Prime Minister Modi dramatically improved bilateral relations and led to high approval ratings. Distinct moves to buttress U.S. relations with countries near China have accompanied high approval ratings in these countries for the United States. In the Western Hemisphere, the Obama Administration’s diplomatic recognition of Cuba has publicly opened a new chapter in how the United States is perceived throughout the region.

Overall, President Obama will bequeath to his successor stronger relations and more positive views of the United States than he inherited from George W. Bush.

But elsewhere—particularly in the troubled regions inhabited by Muslim majorities—both results and public perceptions are discouraging. The Obama Administration determinedly reduced U.S. military presence in Iraq and Afghanistan, but both countries today remain in turmoil. ISIL, which the President dismissed in 2014 as a “junior varsity” team of would-be terrorists, now runs a terrorist government that controls much of Syria and Iraq, and has military affiliates in at least half a dozen other states from Africa to Southwest Asia. Libya may be rid of the dictator Gaddafi, but it is fast-becoming a base for ISIL terrorists.

The list goes on. What is particularly troublesome is that two of the President’s most famous public pronouncements on the Middle East—which impacted his government’s public diplomacy—turned out to be maladroit, if well-intentioned. In Cairo, in probably the most-watched foreign speech of his presidency, Obama boldly called for “a new beginning between the United States and Muslims around the world,” but the Arab Spring his remarks helped to inspire led to waves of repression in Egypt, Turkey and Bahrain. Last month, when the President visited a mosque in Baltimore in an effort to encourage tolerance for Muslims living in the United States, most news reports felt obliged to note that this was the first time he had visited a mosque in the United States in his seven years as President. An otherwise noble act of public diplomacy was diminished by its having taken so long to occur.

But the most difficult blow to U.S. public diplomacy, with regard to a presidential statement, was Obama’s “red line” statement in September, 2012 regarding Syria:

As we all know, chemical weapons were then used by the Assad regime and the “red line” was crossed. But instead of taking immediate, resolute action against Assad, the United States allowed the Russian Federation to apply its own “calculus”—and gave Russia a political role in deactivating Syria’s chemical weapons. This then created a political opening that Putin used to reinforce Assad’s militarily by means of a unilateral bombing campaign that targeted the very groups whom we had encouraged to resist Assad.

As of this writing, even with a nominal cease fire agreed to by most parties (including the Russians), bombing raids by Russia continue, with heavy civilian casualties. More than four million refugees, 250,000 deaths, countless wounded, and no political solution in sight. Worse still, the American official mantra that “Assad must go” has made the United States look ineffectual for having repeated it for years to no effect.

The spread of the conditions that foster radical behavior among Islamic populations is not America’s—or Obama’s—fault. But the distance between the grand idealism of the Cairo speech and the current circumstances in much of the region could not be greater—a fundamental underperformance of hard-pressed diplomacy in all its forms.

The Obama Administration has had significant victories in foreign affairs—the world climate accord, if it holds, is an important advance for America and its image in the world. The Iran nuclear agreement, the establishment of diplomatic ties with Cuba, and regional initiatives such as Power Africa—all can shape attitudes toward the United States as a force for good in the world.

But, as the Obama years draw slowly to a close, the administration’s public ambitions in the international arena have shrunk, as has its attraction to the grand international gesture. The clumsy stagecraft of trying to “reset” relations with Russia is a dim, painful memory in light of Russia’s subsequent aggression in Ukraine and Putin’s attempts to intimidate Russia’s neighbors. Public diplomacy, which once seemed a natural extension of this president’s cool eloquence, now seems no longer a focus of attention. Specific budgets for public diplomacy keep shrinking in relation to the total foreign affairs budget.

On Tuesday, when asked at his ASEAN summit press conference whether Putin had “outfoxed” him on Syria, Obama’s reply seemed like a final effort to give Putin advice about avoiding a “quagmire.”  The “real question” the President said, was “what is it that Russia thinks it gains if it gets a country that’s been completely destroyed as an ally that it now has to perpetually spend billions of dollars to prop up? That’s not that great a prize.” The United States, which as of last year is still spending $35 billion in Afghanistan, $1 billion in Iraq, $1.45 billion to Egypt, not to mention $ 3.1 billion in military support to Israel, has some relevant experience. Per Colin Powell’s “Pottery Barn Rule” (“if you break it, you own it”) we keep paying for the region’s broken crockery.

Overall, President Obama will bequeath to his successor stronger relations and more positive views of the United States than he inherited from George W. Bush. But the strife in many states with Muslim majorities will require new approaches in diplomacy—traditional and public. Maybe that’s why Secretary Kerry was in Hollywood this week, following the ASEAN summit, to brainstorm with studio executives on how to “counter the ISIS narrative.”  Who knows, maybe “A New Beginning—The Sequel” awaits.

Photo by Steve Jurvetson I CC 2.0