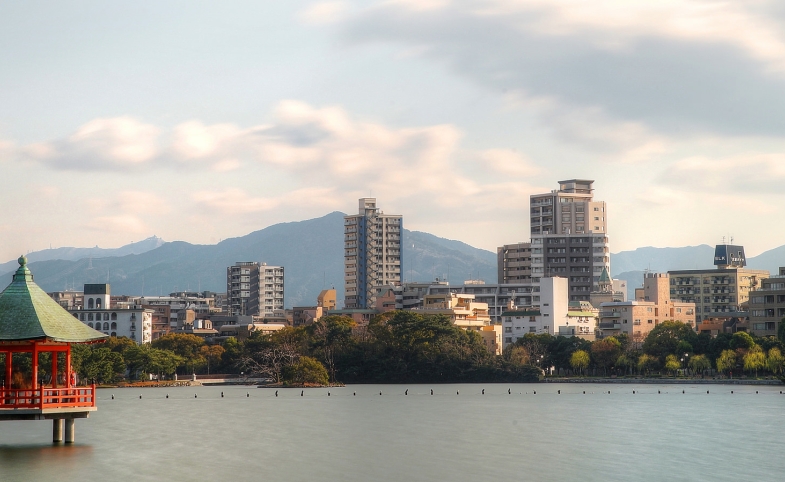 In January 2016, the board of the International Communication Association (ICA) approved the formation of a Public Diplomacy Interest Group within ICA, the academic association for scholars interested in the study, teaching and application of all aspects of human and mediated communication.

The aim of this newly established Public Diplomacy Interest Group is to bring together scholars investigating topics related to public diplomacy, nation branding, country image and reputation, public relations for and of nations, as well as political, global and cultural communication influencing international relations. It seeks to gather all perspectives, research methods, methodological approaches, and theories including the recent critical approaches, to encourage dialogue and debate on these growing interdisciplinary topics.

The idea to set up this group arose in May 2015 at an ICA pre-conference in Puerto Rico. Titled “Advancing Public Diplomacy Research: Bringing Together Political Communication and Public Relations,” this discussion was co-sponsored by the Political Communication and Public Relations ICA Divisions and the USC Center on Public Diplomacy. Its aim was to spark discussion that could lead to new collaborative initiatives between these interdisciplinary fields, and illuminate tangible methods to investigate public diplomacy and nation branding from different angles and perspectives. Here’s the program for that morning: 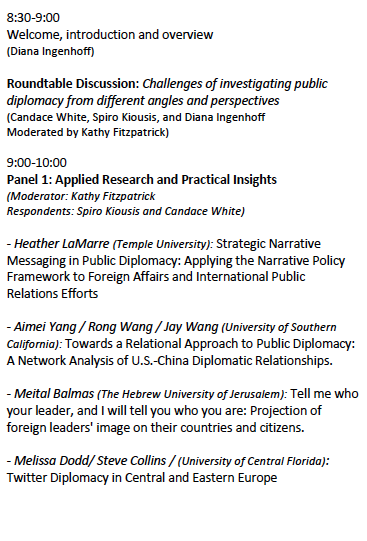 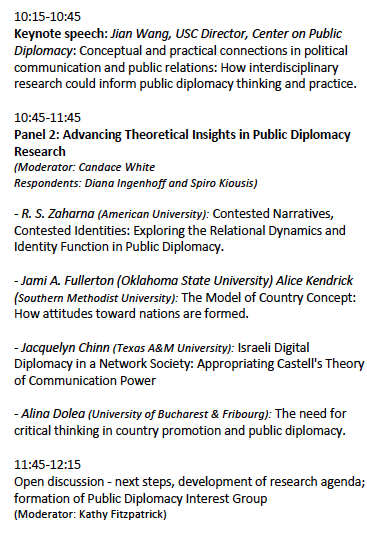 At the end of the event, the organizing committee, comprised of Diana Ingenhoff (University of Fribourg), Kathy Fitzpatrick (American University), Candace White (University of Tennessee) and Spiro Kiousis (University of Florida), proposed the formation of a dedicated Interest Group and participants voted in favor. Consequently, they formed a volunteer working group and I, Alina Dolea, joined them to coordinate the collection of required signatures and the submission of the official request to the ICA board.

Now that the ICA board has approved the Public Diplomacy Interest Group, we will have our first business meeting during the ICA annual conference in Fukuoka, Japan, on Saturday, June 11, starting with 9:30am at Fukuoka Hilton, Kusu. The organizers of this meeting are Diana Ingenhoff (University of Fribourg), Spiro Kiousis (University of Florida), Jian (Jay) Wang (University of Southern California) and myself, Alina Dolea, should you want to get in touch with us for other details.

Join us! If you are interested in joining the Public Diplomacy Interest Group, please fill out this survey. We will add your name to the database of the Interest Group and keep you informed of all its activities.

The Interest Group will have its own panels and sessions starting with the San Diego ICA conference in June 2017, and a call for papers will be distributed shortly after the Fukuoka ICA Conference.

Photo by Marlusz Kluzniak | CC BY 2.0

Alina Dolea
CPD Research Fellow 2022–24
Principal Academic in Media, Communication and Politics, Bournemouth University, UK
YOU MIGHT BE INTERESTED IN...

Culture Posts: What about the Public Diplomacy Context?

Last week the International Communication Association held its annual convention in Puerto Rico, with some 2,500 scholars from around the world attending. For the first time, public diplomacy got a prime billing with a...