Home|Protests and National Images: The Public as an Emerging Problem in Public Diplomacy 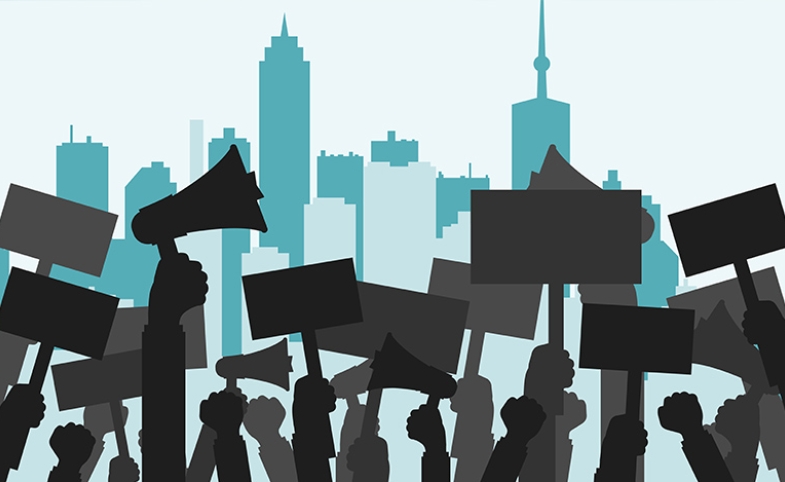 Protests and National Images: The Public as an Emerging Problem in Public Diplomacy

Note from the CPD Blog Manager: This post is based on a panel on Protests and Public Diplomacy, Soft Power, Nation Branding organized by the Public Diplomacy Interest Group at the 71st Annual Conference of the International Communication Association in the summer of 2021. A recording of the panel can be viewed here.

Despite the many unprecedented restrictions that governments have imposed to contain the coronavirus pandemic, people all over the world—in places such as Chile, the United States, Lebanon, Hong Kong, Colombia, France, Brazil, the United Kingdom and many others—have taken to the streets driven by a whole array of contradictory grievances, from anti lockdown demonstrations, calls to expand the welfare state and secure public health, as well as criticisms on how governments have handed the pandemic. Covered not only by national media, but also by Western news media organizations, these transnational media events have impacted the image of several nations, with competing interpretations that they are an expression of the 'national people,' as well as a 'disturbance' or a 'problem.' Yet despite this significance for the overseas perception of a nation, protests are only marginally discussed in the public diplomacy and nation branding literature.

Intrigued that protests are still at the margins of scholarly debates in public diplomacy, César Jiménez-Martínez of Cardiff University and Alina Dolea of Bournemouth University convened a panel at the International Communication Association (ICA) 2021 Conference to explore the tensions and ambiguous character of protests, as well as the implications of episodes of dissent to understand the role of publics. Dolea and Jiménez-Martínez show that protests are largely understood in the public diplomacy literature as threats, as foreign interventions and sometimes as expressions of ‘citizen diplomacy.’ Significantly, there is a clear paradox on how protests are perceived, which depends on who is observing them. When they happen to us, in ‘our’ nation, protests are generally interpreted as a problem or disturbance. Conversely, when they happen elsewhere, protests are often framed as expressions of ‘advocacy.’ This examination of protests through the prism of public diplomacy and place branding sheds light on some of the limitations of soft power and international relations approaches, which traditionally consider the state as the main object of analysis. That perspective means that the national ‘public’ is perceived as a potential source of soft power as long as it aligns with the aims of the state. That therefore raises the question of where the public in public diplomacy is, particularly when members of a given nation explicitly oppose the version of the nation put forward by those in power.

Protests invite us to reflect more on the very role of publics in public diplomacy, particularly when they enter in conflict with the aims of governments and diplomats.

Reflecting on the potential impact on nation brands, Efe Sevin of Towson University makes the point that there is no universal link between protests and perceptions. He highlights that audiences try to make sense of a protest using preconceived notions of a country. Audiences also do not experience these protests first-hand; they hear news from social and traditional media. As a result, protests affect nation brands after two filters: existing perceptions and framing. Looking at the Black Lives Matter movement in the U.S. and the anti-femicide movement in Turkey, he points out that protests bring two clashing views together: the protestor (usually, a social movement) and the protested (usually, a government). Focusing on protests as communicative action processes, he identifies three possible outcomes: 1) a social capital contestation, where the previous image is the most important predictor; 2) a communication and networking power contest between the two involved parties, with media-savviness deciding which frames will influence a specific nation brand; and 3) protests perceived as minor issues with no possibility of changing overall perceptions.

Galina Miazhevich of Cardiff University focuses on the Western news coverage of national protests at the periphery of media flows. She argues that national politically driven protests covered by international media become unexpected media events that can be potentially disruptive for the image of a country. In today’s digital media landscape, nation-states with a predominantly state-controlled media can construct a particular narrative for their domestic audience, but they struggle to control the global mediations of their national ‘disturbances.’ However, this situation is not as straightforward as it seems, as Miazhevich points out after analyzing the Belarusian revolution that followed the August 2020 presidential election and a violent protest after the October 2020 parliamentary election in Kyrgyzstan. She highlights that mass uprisings may not necessarily damage a country’s image: various factors ranging from the nature of the protest, its outcomes, as well as a previous history of similar disruptive events in the region should also be considered.

In turn, Ilan Manor of Tel Aviv University makes a broader argument on the irrelevance of soft power stemming from a changing global landscape. In his view, the 21st century will be characterized by growing competition among three giants: China, India and the U.S. He focuses on China’s response to the Hong Kong protests, which erupted in 2019 due to a bill that allowed extradition from Hong Kong to mainland China and argued that China’s forceful response emanated, in part, from its status as a giant. Like other giants, China also manages its sphere of influence as it sees fit, even with the eyes of the world watching. A soft power approach would find it hard to understand China’s policy shift, which was met by strong condemnation in Europe and the U.S. labeling China as a ‘human rights’ violator. China’s policy also negates ‘China’s Soft Rise’ narrative, which has been carefully nurtured for years. Manor therefore argues that the Hong Kong protests may have been the harbinger of the giants’ spring, as China fully asserted itself as a dominant world power.

In response to the different viewpoints, Nadia Kaneva of the University of Denver stresses the need to situate discussions in wider historical contexts and identify the intended audiences on all sides. Historically, she argues, nation-states have had an interest in controlling the meanings and presentations of the nation. This is also reflected in nation branding and public diplomacy projects, which construct promotional national narratives that are generally quite narrow and have instrumental goals. In effect, national brands are disciplinary discursive technologies that constrain the meanings of the nation. In that sense, they exert a type of symbolic violence on national populations by narrowing the scope of what can and cannot be included in the national brand. Large and visible protests disrupt this disciplinary power. However, scholars should be careful not to romanticize the nature of this disruption and see it as inherently democratic or inclusive. Rather, we should examine these discursive confrontations in their historical contexts. From a communication and media perspective, one productive way to approach this would be to think about the intended audiences on all sides. If nation branding exercises are staged with external audiences in mind and tend to seek economic or political benefits, who are the intended audiences of major protests? Are these audiences paying attention, and why would they? What (re)actions are expected of them, and why? These types of questions can help us to develop more complex understandings of the intersections of national reputation management and protest movements. They can also illuminate the global media logics that shape the discursive, and sometimes very physical, clashes over the present and the future of nations.

Hopefully, these perspectives and questions can spark an academic conversation on the instrumentalization of protests by different social actors, according to their strategic interests and their influence on global publics. Moreover, protests invite us to reflect more on the very role of publics in public diplomacy, particularly when they enter in conflict with the aims of governments and diplomats. ‘The public as a problem’ should therefore continue to be researched and discussed, as we will do in an upcoming event in ICA 2022.

Has the Advent of StratComms Removed the "Public" from Public Diplomacy?