Home|Call for Chapters: PD in Times of Uncertainty 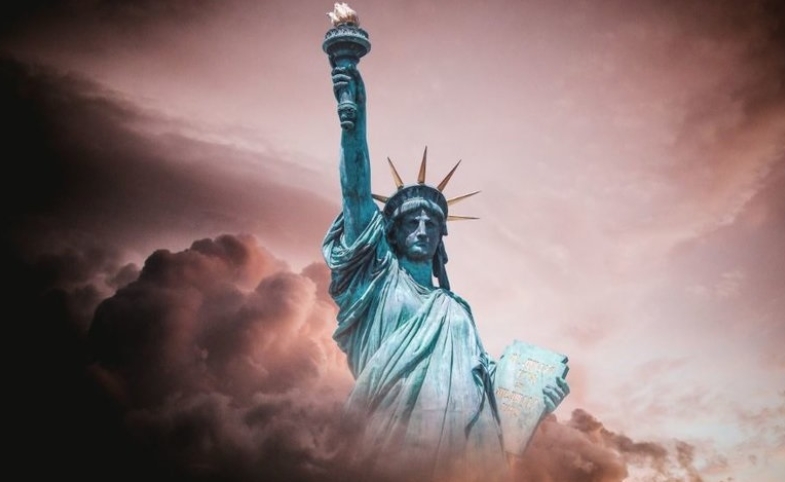 Call for Chapters: PD in Times of Uncertainty

The following call for chapters is for a forthcoming edited volume: "Public Diplomacy at the Times of Uncertainty."

The past two decades have seen increased interest in the study of public diplomacy, with a focus on the emergence of nonstate actors, the accelerated digitalization, the need for continuous professionalization of diplomacy and for better tools to execute, measure and evaluate public diplomacy. It is during these times of uncertainty that we propose a rethinking of public diplomacy as a field of study and practice.

With the fall of the Cold War, the subsequent advancement of the liberal world order and the expansion of a neoliberal political economy across political regimes were legitimized by Western diplomatic actors with stability narratives.

The eastward expansion of polities such as the EU and NATO, the reconfigurations of relationships between state and nonstate actors, the emergence of international regimes (e.g., climate change agreements), the fourth wave of democratization—all of these began shifts in global power politics that gradually led to the outbreak of political upheavals and proxy wars.

Additionally, the expansion of globalism, including the rapid development of digital media technologies, augmented these transformations, which consequently blurred and transcended borders, as well as had profound effects on citizens globally. The accessibility of information, normalization of digital media technologies in international politics and growing citizens’ engagement with foreign policy issues have also altered international communication flows. It is now possible to target publics from all over the globe as well as to give them a voice, aided by the instantaneity of communication patterns. In these settings, diplomacy and statecraft—including the practice of public diplomacy—have gradually facilitated the articulation of narratives that legitimize the stability of, and the promises of, the liberal world order. This is no longer the case.

Paradoxically, uncertainty has amplified since the beginning of the 21st century due to the unprecedented rhythm of simultaneous political changes on multiple levels. In international politics, a variety of nonstate actors (e.g., TNCs, media conglomerates, digital media technology organizations, global social movements) have come to be active and engage with issues considered to be exclusively governments’ affairs. At the same time, the established world order is challenged by the rise of China and Russia, and major protest movements such as the Arab Spring.

It is now possible to target publics from all over the globe as well as to give them a voice.

In domestic political theater, the personalization of politics, anti-establishment sentiments, populism and nationalism have emerged and entered the diplomatic realm, reconfiguring the relationships between actors and traditional allies. In the U.S., the unforeseen victory of Donald Trump and its controversial foreign policy actions (e.g. the travel ban, the immigration order, the new “friendly” relations with Russia and China, etc.) have disrupted previous norms, rituals and even values of American diplomacy (most recently at the NATO summit in July 2018). In Europe, the rise of populism and right-wing parties culminated with Brexit and the questioning of the EU’s future. The EU seems to struggle to keep up with political differences, especially economic development between the “old” Western Europe and the “new” members, while it fails to contend with the rise of authoritarianism in Hungary and Poland. In the Middle East, the political upheavals and conflicts of recent years have also led to paralysis in global institutions with the UN unable to address the Syrian Civil War or the gradual establishment of an autocratic regime in Turkey. Additionally, transnational migration and crises (e.g., the refugee crisis in Europe) or highly disruptive events such as the terrorist attacks across Europe, have fuelled heavily this climate of increased instability and political extremism. Further, digital media technology and social media platforms have facilitated the propagation of “fake news” and disinformation, ironically “helped” by the eagerness of states to instrumentalize statecraft practices.

The role of public diplomacy activities that can bridge differences between societies, nations and governments in an age of rage, societal tensions and disengagement has also been discussed. As a practice, public diplomacy is no longer the prerogative of affluent countries. From Lima to Vladivostok, and from Reykjavik to Cape Town, new actors are increasingly practicing public diplomacy. Thus, there is a need to substantially and geographically diversify the actors that are investigated by public diplomacy scholars.

Addressing these developments, this volume invites reflection around the following key questions that aim to explore the state of public diplomacy in times of uncertainty:

1. How does the practice of public diplomacy compare across different political regimes?

2. How do transnational political trends shape the practice of public diplomacy?

3. What are policy and institutional trends underpinning the adaption of public diplomacy?

4. How are the challenges of digitalization in public diplomacy addressed by political actors?

5. How do professional identities of public diplomats shift, and what drives their re-invention?

Interested authors should send an abstract of 500 words and a short bio (author name, affiliation, contact details) to the editors. Proposals should include: provisional chapter title, the area or perspective on public diplomacy that the chapter aims to cover, the main thesis/contribution of the chapter to public diplomacy theory and/or practice, methodologies, and up to 10 key words.

Publication of the book is expected in 2020.

Alina Dolea
CPD Research Fellow 2022–24
Principal Academic in Media, Communication and Politics, Bournemouth University, UK
YOU MIGHT BE INTERESTED IN...

The Information War over Ukraine

The public dimension of diplomacy is front and center in the current standoff between the West and Russia about Ukraine. While conventional diplomatic processes have continued, both sides have pursued unprecedented public...

CPD Advisory Board Member Markos Kounalakis, Ph.D., is a veteran print and network broadcast journalist, visiting fellow at the Hoover Institution at Stanford University and a presidentially appointed member...