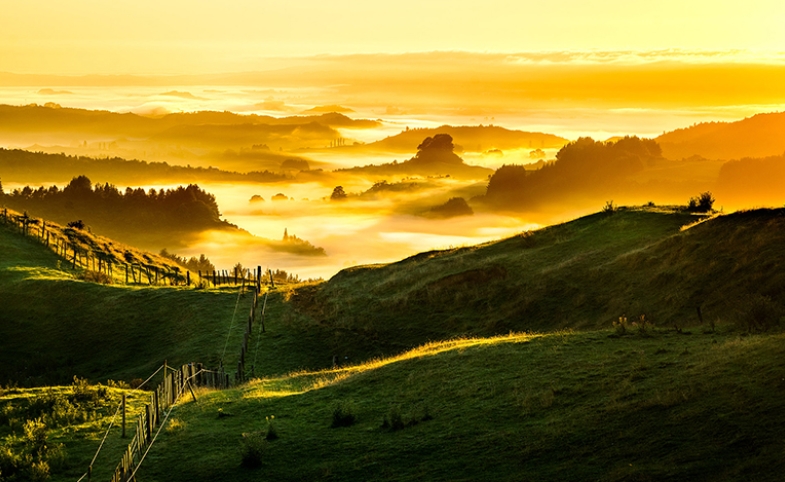 New Zealand is characterized by its mesmerizing landscapes, pure nature and amicable environment to tourists. In the international arena, New Zealand is not only recognized by its iconic cultural elements such as the kiwi bird, rugby and the pavlova, but it is also identified by its efforts in nuclear disarmament, nuclear-free policy, humanitarianism, climate change and contribution to the Pacific region. It has a clear foreign policy oriented toward its neighbors and partners, the promotion of peace, human rights and more importantly, trade. Furthermore, New Zealand has great potential for public diplomacy. The participation of New Zealand in Expo 2020 Dubai displays some of the strengths of its public diplomacy, but the country has more to offer. New Zealand’s pavilion has been criticized at home due to being $8 million NZD over budget for its design and operation. However, it is worth the investment in order to persuade publics attending the pavilion, enhance New Zealand’s image abroad and extend the country’s diplomatic instruments beyond Expo 2020 Dubai.

New Zealand actively participates in different international organizations that represent opportunities to promote its values and advance its strategic goals abroad. For example, this year New Zealand is hosting Asia-Pacific Economic Cooperation (APEC) 2021, in which it promotes trade, investment, research, economic recovery, climate change action and scientific cooperation. It has been a great opportunity of digital diplomacy where Ministry of Foreign Affairs and Trade (MFAT) representatives have exchanged ideas with their counterparts, key strategic partners and important participants of the industry who are eager to contribute to the different areas that APEC is concerned about.

In the case of Expo 2020 Dubai, this event brings together politicians, businesspersons and visitors from around the world to mingle, visit the pavilions and interact with officials from the host country and the countries participating in the event. As such, it is worth the $61 million NZD investment allocated to this project because it represents a peculiar opportunity to expose New Zealand to the rest of the world in a vivid place that allows human interaction, live experiences and possibilities to create networks that would not be possible via online only. New Zealanders are working there to create a better reputation for the country and build relationships with potential strategic partners, investors and tourists. In this expo, New Zealand is projecting its Māori culture—unknown to many visitors to the expo—and its touristic destinations, enhancing its nation brand.

However, New Zealand’s pavilion is focused more on tourism and culture rather than trade, industry, technology and foreign investment attraction, which should be important goals for participation in this expo. New Zealand could promote more its ingenuity, technological innovations, biotechnology, film and streaming industry, video game creation, dairy industry and healthcare systems development in this venue. A pavilion in the Expo is a showcase to display a snapshot of the country’s novelties. Thus, New Zealand is exercising public diplomacy at a basic level, that is to say, engaging local officials and representatives, interacting with foreign publics that want to know about the country and taking advantage of this venue to diffuse messages—core activities of public diplomacy. Aside from addressing and interacting with publics of the host country, public diplomacy also involves interacting with its government officials. For example, the New Zealand delegation and the Whanganui River iwi leaders held a Tāngaengae dawn blessing in which they invited Emirati officials to enjoy the experience and gain a deeper understanding of Māori culture. This cultural event is a starting point for developing ties with the representatives of the Emirates.

In order to economically recover from COVID-19 and better advance its international goals, [New Zealand's] MFAT needs a refined use of public diplomacy involving communicating to foreign publics, engaging different stakeholders and building long-term relationships with strategic partners participating not only in Expo 2020 Dubai, but around the world.

New Zealand has previously participated in only five expos, including Expo 1970 Osaka that projected New Zealand’s potential for exports; Expo 1988 Brisbane that emphasized Māori culture; Expo 1992 Seville that highlighted New Zealand’s location in the Pacific; Expo 2005 Aichi that promoted filmmaking technology; and Expo 2010 Shanghai that featured strengthening trade relations with China. New Zealand’s promotion in Expo 2020 Dubai emphasizes Māori culture and tourism, which are primordial and important for the current government agenda, but innovation, trade and investment seem to be secondary. Māori culture is embedded in New Zealand society and has to be preserved, uplifted and reinforced, but in this sort of event, New Zealand needs to be more creative in the promotion of exports, innovation and technology. In order to economically recover from COVID-19 and better advance its international goals, the MFAT needs a refined use of public diplomacy involving communicating to foreign publics, engaging different stakeholders and building long-term relationships with strategic partners participating not only in Expo 2020 Dubai, but around the world.

New Zealand has the capacity to appeal to foreign publics and attract more investment, trade and open businesses abroad. One of the important characteristics of New Zealand's diplomacy is its implicit feminist foreign policy. New Zealand not only has a female prime minister, but it also has the first Māori female Minister for Foreign Affairs. She is concerned about the Pacific, collaboration with APEC, climate change response, indigenous issues and establishing stronger relationships with partners and friends of New Zealand. This characteristic enhances the image of New Zealand abroad and its commitment to gender equality and indigenous rights.

In order to be more assertive, the MFAT may incorporate more elements of public diplomacy such as the collaboration of non-state actors including corporations, industry associations, advocates and NGOs. Together, they can build more networks to advance common goals that boost the economy, promote New Zealand values and affect positively not only New Zealanders but other people in the world.

For example, the MFAT through the New Zealand Aid Programme has received support from Oxfam Aotearoa, which advocates to increase overseas aid and climate action budget. This partnership has delivered agricultural training and education for youth from Vanuatu to Sri Lanka. Another example is the Trade Experettes, an NGO that advocates for more diversity and inclusion in trade and policy worldwide that receives support from the MFAT to foster diversity, which in turn enhances the MFAT’s vision on trade and gender inclusion.

There is already collaborative work among some New Zealand embassies and local groups in host countries. For example, the New Zealand Embassy to Mexico supports events such as the 2021 AMEXITEC 2nd Forum about new approaches for the development of meat products with the objective to share scientific information about the meat industry. This boosts the participation of meat producers from Mexico and New Zeeland. Another instance is the participation of Fisher & Paykel Healthcare in the promotion of LGBT community inclusion in Mexico along with the New Zealand Embassy to Mexico. Also, the Australia, New Zealand & Mexico Business Council (ANZMEX) is an industry group that provides support, explores business opportunities and promotes collaboration for New Zealand businesses that want to expand to Mexico. It also offers wine tasting, annual assemblies, webinars and energy debates, which align with the MFAT’s goals.

Hence, the MFAT has been working effectively in the promotion of New Zealand culture, business and indigenous culture, but a boost in public diplomacy may represent further opportunities for collaboration, innovation, trade, networking and reputation beyond Expo 2020 Dubai.

Laura Clarke and the Exercise of British Public Diplomacy

An important feature of diplomacy in times of digital communication is to build strong relationships that last longer. The importance of a diplomat in a host country is still relevant nowadays in order to make history. The...

The Reputational Reckoning for 2020: Part Two, Worrying News for the USA and Good News for New Zealand

This is part two in a series of three conversations between Nicholas Cull and Simon Anholt on the latest results from the 2020 Nation Brand Index. Part one can be found here. In 2005 British analyst Simon Anholt published...