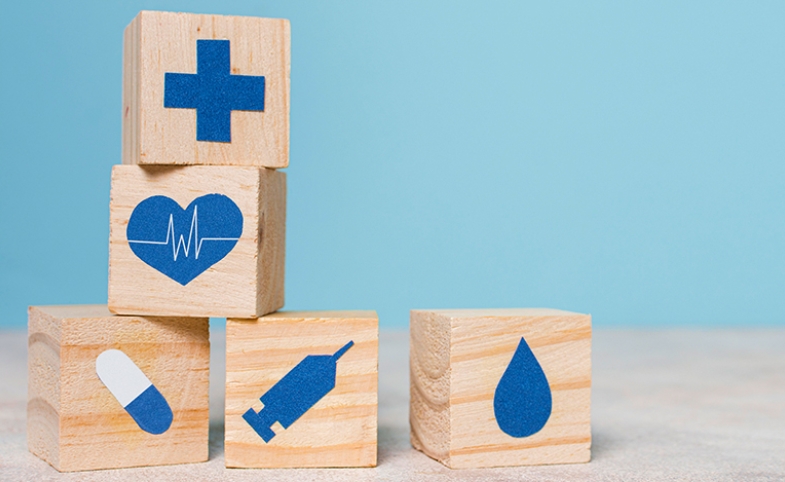 Note from the CPD Blog Manager: All views expressed in this blog post are that of the author and do not represent the opinions of any other authority, agency, organization, employer or company. An earlier version of this piece appeared on the author's Consular and Public Diplomacies Blog here.

It was mid-morning in a church in Minneapolis when Maria (not her real name) had her glucose checked as part of Binational Health Week activities. She was in her mid-forties, and it was the first time she had done it. When the nurse saw the results, she immediately called the doctor. Maria’s sugar levels were sky-high, and she was referred to a local hospital. After three days, Maria was released from the hospital with a diabetes diagnosis. She was unaware of her illness, and her participation in the health fair might have saved her life.

Maria’s case is a common occurrence during the yearly celebration of Binational Health Week (BHW), which is organized by the government of Mexico through its consular network in the United States, together with the Health Initiative of the Americas and thousands of allies across the nation including consular offices of other countries.

The program is an outstanding example of Mexico’s public-consular diplomacy in the U.S. focused on preventive health. BHW has reached millions of people in the 21 years since its creation. It has also promoted the establishment of multiple long-term partnerships, a defining element of 21st-century public diplomacy.

Preventive health care is an extraordinary consular assistance program offered by a few countries to their citizens abroad. BHW was developed to meet the needs of the Mexican community in the U.S., a country that has struggled to provide affordable health services to all of its population.

Since the early 1990s, the Ministry of Health of Mexico has organized yearly multiple health weeks across the nation. During that decade, the Mexican population in the U.S. grew rapidly due to a combination of various factors:

A significant development was the growing number of Mexican women and children moving to the U.S., thus demanding new services such as health and education.

In California, a significant push for starting BHW was the passage in 1994 of Proposition 187, “a ballot initiative proposed by anti-immigrant organizations, which restricted undocumented immigrants from the state’s public services, including access to public education and healthcare.” It never came into force but was a hard lesson for the Hispanic community as a whole, not just for the Mexican undocumented population in the state.

In 2001, the then-California-Mexico Health Initiative, now known as the Health Initiative of the Americas (HIA), and the government of Mexico agreed to organize health prevention activities in California in October; thus, Binational Health Week was born. It started in seven counties, had 98 events and 115 participating agencies, and reached close to 19,000 people.

The collaboration between health authorities and related organizations with the consular network deepened through the years, evolving into strategic partnerships across the nation.

The Evolution of Binational Health Week

From its humble beginnings in California, BHW took off like a rocket. It rapidly expanded to other states, and by 2004, it became a national endeavor. The then-newly created Institute of Mexicans Abroad (IME) and its Advisory Council supported expanding its activities to all the consulates.

It was clear that access to health was an important issue, particularly for new arrivals, which comprise a large percentage of women and children as they reunited with their families in the U.S. due to the end of circular migration of mostly male migrants.

Two critical elements of BHW stand out that were necessary for its success. One was that opening and closing ceremonies took place alternatively in Mexico and the U.S., thus making it a genuinely bilateral collaboration.

The government of Mexico allocated money as seed funding for the organization of BHW activities. It also invested much time and human capital in the organization, thus demonstrating its commitment to promote preventive health activities north of the border.

In the beginning, the activities of BHW concentrated on health fairs. Still, as the program evolved, the organizers incorporated many other services and activities. For example, according to the 2018 BHW report, 45% of the events were health fairs, while 26% were informative sessions, 15% were trainings and workshops, and 6% were conferences and forums. Regarding services, 33% were guidances, 22% were screenings, 19% were services referrals, 12% were medical examinations and 9% were diagnoses.

In the 20 years since its creation, 6.9 million people have attended an activity within the framework of BHW. Nearly 90,000 agencies have participated in more than 40,000 events and activities.

The program has been very successful, from lead testing to national events and research projects. For example, from 2003 to 2018, PIMSA sponsored 116 binational research teams and 46 graduate students, investing $4.4 million and over $5 million in additional funding.

In the framework of BHW, the Ventanilla de Salud, or Health Desk program was developed, being another successful effort of Mexico’s public-consular diplomacy. Besides, the collaboration between health authorities and related organizations with the consular network deepened through the years, evolving into strategic partnerships across the nation.

In conclusion, Binational Health Week is an excellent example of Mexico’s public-consular diplomacy efforts that have benefited close to 7 million people since its creation in 2001 while establishing enduring partnerships. Not to mention, the program has promoted a continuous dialogue between health authorities and the consular network with Mexican communities.

Note from the CPD Blog Manager: All views expressed in this blog post are that of the author and do not represent the opinions of any other authority, agency, organization, employer or company. An earlier version of...

Mexico’s participation at Expo 2020 Dubai has been active in terms of public diplomacy. Mexico’s pavilion immensely displayed its culture, folklore and touristic destinations that are hallmarks of the country. Mexico’s...