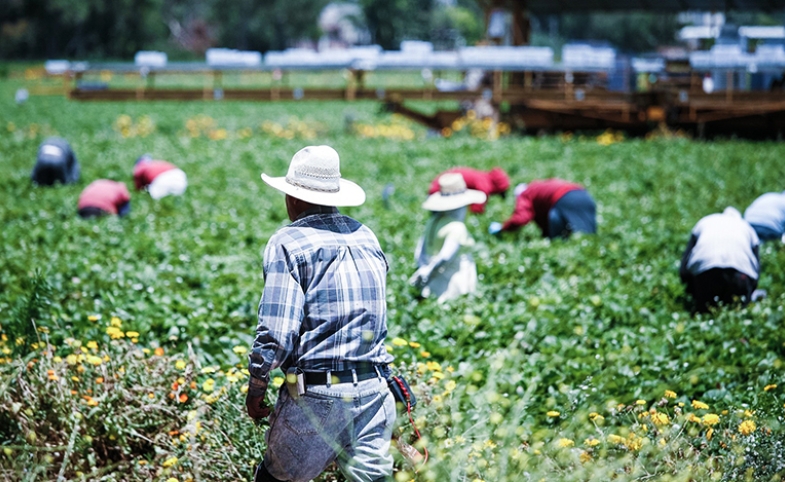 Note from the CPD Blog Manager: All views expressed in this blog post are that of the author and do not represent the opinions of any other authority, agency, organization, employer or company. An earlier version of this piece appeared on the author's Consular and Public Diplomacies Blog here.

LRW started in 2009 and “is a joint initiative between the governments of the US and Mexico that seeks to increase awareness in Mexican and Latino communities about the rights of workers and the resources available to them.”

In 2021, 50 Mexican consulates and 560 partners held 680 events with 520,000 people and collaborated with the consulates of Colombia, Costa Rica, Dominican Republic, El Salvador, Guatemala, Honduras and Peru.

Additionally, the Embassy of Mexico in Washington renewed national cooperation agreements with the Wage and Hour Division (WHD), the Occupational Safety and Health Administration (OSHA), the Equal Employment Opportunity Commission (EEOC) and the National Labor Relations Board (NLRB).

However, the consular protection of Mexican workers in the United States has been a priority of the consular network since the 19th century. In the third decade of the 21st century, it continues to be the focus of Mexico's public-consular diplomacy.

The Origins of Labor Rights Week

Because Mexico and the U.S. have not reached an immigration agreement, also known as “the whole enchilada” and partly due to the terrorist attacks of September 11, 2001, both governments have searched for opportunities for greater collaboration in new areas. One such field is labor rights.

An alternative reason for the greater attention to labor issues by Mexico's government is proposed by researchers Xóchitl Bada and Shannon Gleeson. They state that pressure from Mexican community groups to have a proactive role in labor rights cases resulted in greater collaboration with U.S. authorities.

As a result, in 2004, the Ministry of Foreign Affairs of Mexico (SRE) and the U.S. Secretary of Labor issued a joint declaration followed by signing letters of intent with WHD and OSHA.

After a few years of collaborating, in 2009, the SRE launched the first LRW, using the Mexico-University of California initiative Binational Health Week as inspiration. In its first edition, 15 consulates and 255 allies organized 199 events, with 18,788 people. In total, 829 consular labor cases were registered.

Since then, Mexico's consulates across the U.S. have entered into more than 400 agreements with regional offices of labor agencies, including OSHA, WHD, EEOC and others (Table 1).

Organizing a week of events focusing on labor rights has been very successful. More than 1.7 million persons have attended an LRW event since 2009, including half a million this year alone.

Regardless of the political discourse, continuity of the effort has been crucial, creating trust among the consulates and labor authorities with workers, unions and labor rights organizations.

An additional advantage is that new activities are proposed by consulates and partners every year, expanding and deepening the cooperation. For example, after a few years of the LRW, some consulates with the help of their allies offered workshops at different workplaces, including factories, restaurants, construction sites and agricultural fields. They found out, through practice, that it was a lot easier to reach out to workers at their locations rather than asking them to go to a consulate or a church.

The LRW has been identified as an example of “practical joint initiatives” to protect the labor rights of low-skilled immigrant workers. Mexico promoted the LRW in the 2nd Global Consular Forum meeting held in Mexico in 2015.

It is well known that current public diplomacy strategies search to establish a long-term partnership between the receiving and sending states. Therefore, the institutionalization of relationships with partners, through signing collaboration agreements and other forms of cooperation, has demonstrated its usefulness in weathering changes of leaders and priorities of the different governments. It also has facilitated the continuity of the LRW, which has been vital to building lasting and successful relationships with allies and the workers themselves.

Researchers Nina Græger and Halvard Leira state, “the degree of [consular] care provided for citizens abroad is thus tied not only to political system, but also to the state capacity, the perceived necessity for domestic legitimacy and responsiveness of foreign host governments.”

In the case of the LRW, the interest of the U.S. Department of Labor and other authorities in promoting labor rights in the immigrant community, through collaboration with the Mexican consular network, has been essential in its success. One of the most important results is turning the consulate into a trusted ally of local organizations and bridging them with federal and state agencies.

In a country such as the U.S., which offers fewer protections for workers and has multiple labor regulations and authorities, the LRW is an excellent public-consular diplomacy effort with a focus on some of the most vulnerable workers. It is also a perfect example of collaboration by the governments of the sending and receiving states with civil society organizations.

Today's relationship between the U.S. and Mexico can be thought of as, "it's complicated." At this invitation-only webinar with the Mexican Council on Foreign Relations (COMEXI), we will unpack the critical public diplomacy...