Home|Russian-U.S. Cooperation in Global Health Needed Now More Than Ever 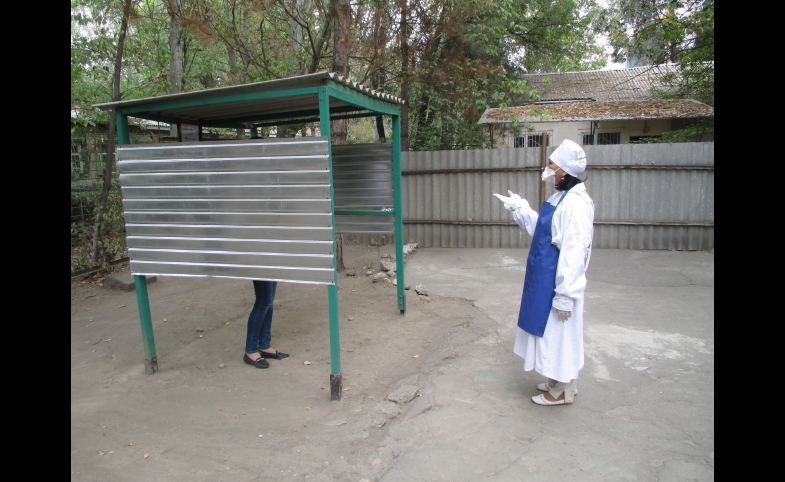 Russian-U.S. Cooperation in Global Health Needed Now More Than Ever

On October 30, 2015, the Russian Federation will host a meeting of the BRICS health ministers. These countries – Brazil, Russia, India, China and South Africa – bear nearly half of the global tuberculosis (TB) burden. During the last meeting of BRICS health ministers in December 2014, all five countries made historic commitments to eradicating TB. In addition to agreeing to take action to increase the number of people receiving treatment for TB, they also pledged to cooperate on international scientific research initiatives for new diagnostics and treatment methods.

The meeting is timely. Russia’s expertise in drug-resistance is unparalleled and the global health community urgently needs such experience to respond to rapidly increasing rates of drug resistance. The World Health Organization (WHO) released its first ever report on antimicrobial resistance in April, 2014 which concluded that antimicrobial resistance is now occurring in every region of the world and has the potential to affect anyone, of any age, in any country. Six months later, the WHO published a report on tuberculosis that stated that the proportion of new cases of drug-resistant tuberculosis did not change between 2008 and 2013, despite the plethora of new initiatives launched to reduce the number of new cases.

The Russian Federation is ranked among the countries that have reported the largest amounts of money allocated for the prevention and treatment of multidrug-resistant tuberculosis (MDR-TB). With an incidence rate of 89 new cases per 100,000 people, Russian health workers have a lot of experience in treating MDR-TB. Although TB treatment in Russia faces serious challenges, the programs implemented in the Russian regions of Orel and Tomsk have been hailed as models for other parts of Russia and other countries to follow. In addition to applying the lessons that Russian health professionals learned firsthand, these initiatives were also the product of collaboration with the U.S. and other international organizations that benefitted patients and communities both within and outside of Russia’s borders.

Russia can also make a strong contribution to global prevention and treatment of MDR-TB. Their experience in treating MDR-TB in Russia equips Russian health workers with an expertise that they can use to inform global MDR-TB policies and assist other countries to respond effectively to drug-resistant forms of tuberculosis. During the World Conference on Lung Health last year, a U.S.-based physician explained to me that he valued the advice of his Russian colleagues and hoped there would be more opportunities to exchange knowledge. “I see around five cases of MDR a year, but my colleagues in Russia see twenty times that number so I look forward to the opportunities to discuss clinical management,” he said.

...Without the ability to share the lessons learned, health professionals all over the world are forced to try to overcome the same learning curve in isolation.

Unfortunately, cooperation between Russian and U.S. health professionals has faced new obstacles in recent months. Many of the programs that provided a forum for Russian and U.S. health professionals to exchange knowledge and experiences were run by non-governmental organizations. But due to new legal restrictions on NGOs that operate in the Russian Federation, several well-known organizations have ended their activities in Russia.

These closures only heighten the importance of the remaining forums for discussion and knowledge exchange. One of these is called the U.S.-Russia Social Expertise Exchange (SEE). In April 2015, I had the honor of participating in this laudable program and was able to meet with public health professionals in Kazan, Moscow, and St. Petersburg. I was able to share my experiences as an infectious diseases researcher and learn from clinicians, social workers, and project managers working to provide services to communities in Russia. Going forward, I intend to apply the knowledge and contacts that I developed in Russia to my work.

Building on the interactions between Russian and U.S. public health professionals, the SEE has resulted in multiple important public health-focused publications including the Roadmap for Health Interventions for At-risk Women (2014), Promoting Health among Migrants in the U.S. and Russia through a Public Health Approach (2014), and Tobacco Use Cessation and Treatment of Tobacco Dependence (2013).

But without the ability to share the lessons learned, health professionals all over the world are forced to try to overcome the same learning curve in isolation. With drug-resistance growing rapidly, international cooperation with Russian health professionals is needed more than ever before.