Home|Six Narratives in Search of a Truth: The Georgian “Rave Revolution” 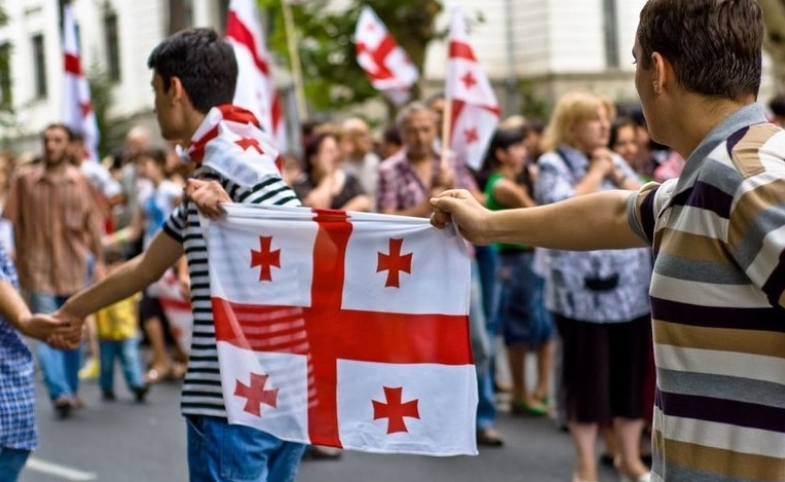 Six Narratives in Search of a Truth: The Georgian “Rave Revolution”

Many experts assert that we are living in a post-fact environment, in which truth is obscured by divisive political agendas. As illustrated by the recent “rave revolution” in Tbilisi, the capital of the Georgian Republic, a discrete event, action or policy can produce multiple narratives that provide competing explanations for what happened—and why. These narratives, in turn, have the power to exploit, or be exploited by, basic disagreements about national identity, values and state legitimacy. Possibilities for a sustaining narrative convergence disappear. And that’s a big problem.

But let’s start with the facts. Early in the morning of May 12, 2018, Georgian State Security Services raided two popular Tbilisi nightclubs, both home to a thriving local club scene and considered as a “safe space” for Georgia’s LGBT community. Eight people were detained during the search for alleged drug traffickers. By that evening, public outrage over the “baseless” raid erupted into a large protest in front of the Georgian parliament building.  As the peaceful but heavily policed demonstration unfolded, protest leaders denounced the “overwhelming use of force” during the “illegal” raid and called for the resignation of the prime minster, while the largely youthful crowd danced to club music. The next day, right-wing extremists launched a violent counter protest. Police dispersed both groups, and the interior minister subsequently pledged to “review” Georgia’s anti-drug trafficking policies.

These are the truths that everyone could agree upon. But then, it got complicated. Six explanatory narratives emerged out of the reporting and commentary on the raid, each telling a different, wholly proprietary, version of the story.

The first narrative grew from statements by government officials, who justified the forced closure of the nightclubs as a means of protecting Georgia’s citizens from an increasingly “unfettered” trade in narcotics. The Ministry of Interior described the raids as the culmination of an intensive three-month investigation into drug trafficking in and around Tbilisi nightlife, and insisted that the “high level of security during the operation” was necessary in support of its "uncompromising struggle against the illegal trade in drug substances." While some officials questioned the violence of the raid, most conceded the need to address the issue of drug trafficking.

As articulated by the protestors, the second narrative disputed the government’s version of events, arguing that the raid represented an “open” and “blatant” violation of human rights and a blow to “progressive social change.” A typical Facebook post proclaimed, “with this shameful act, the government of Georgia declared a war against the ideas and values that unite thousands of people in Tbilisi clubs,” adding that these clubs are “bright spots of free expression, development and social changes." Local human rights activists, meanwhile, interpreted the raid as an attack on Georgia’s clubbing subculture, which is viewed as “debauched and immoral” by more traditional sectors of Georgian society. According to one protestor, “some of these people who are trying to stop us don’t want these clubs to exist because they do not want western values."

Narratives matter everywhere. Those of us in the field of public diplomacy must be able to balance multiple “truths” so that no one version of the story prevails.

The third narrative, a corollary to the second, blamed the raid on the Georgian far right, which views the emergence of increasingly liberal attitudes toward sexuality and gender as a genuine threat to a more traditional way of life. In fact Russian disinformation narratives, prevalent in the Georgian information space, routinely portray so-called “morally bankrupt” Western values in unflattering terms, and play to deep-seated fears and prejudices among more conservative groups. This has had a deliberately divisive impact on Georgian society and certainly fed the protestors’ perception that the far right has launched a “discrediting campaign against” the club because it “stands at the forefront of social change” and “speaks loudly” against “inequality, injustice and discrimination."

The fourth narrative more explicitly laid the blame for the raid on “pro-Russian regressive forces,” which, prior to the attack, had allegedly engaged in a “dirty campaign against the clubs and independent movements.” These pro-Russian forces, according to the narrative, have been “intentionally fighting against the…youth culture of independent Georgia” which embraces “freedom, equality and solidarity.” This narrative also suggested that the raid represented a profound conflict between “the Soviet past of this country and the dictatorship we used to live in, the police country we used to live in, and the future we want for our country."

The fifth narrative, which appears exclusively in Russian external media, used the raid and subsequent protests to discredit Georgia in the global information space. Russia Today (RT), a well-known source of disinformation, noted archly: “When authorities in Georgia ordered raids on two nightclubs in the capital of Tbilisi, they could never have expected the party to be brought to them in protest.” RT then goes on to skewer the demonstrators: “Footage…shows protesters engaged in a sort of makeshift rave, setting up tents and showcasing their best dance moves outside the state house.” Significantly, RT made no mention of the protestors’ speeches and statements about human rights and progressive social changes, choosing rather to depict the protest as a bit of slapstick comedy engineered by frivolous youths against a hapless Georgian government.

The sixth and final narrative proposed, rather startlingly, that the “rave riots” might represent a groundswell of political change in the region—a potential Caucasus spring. At the end of its otherwise straightforward report on the event, Radio Free Europe/Radio Liberty (RFE/RL) Georgia observed that the raids and subsequent protests followed “weeks of street demonstrations in neighboring Armenia that forced the prime minister to resign.” Notably, the RFE/RL report was the only one of the international news services to hint at a possible linkage between the Georgian and Armenian protests. RFE/RL’s funding affiliation with the U.S. Government’s Bureau of Broadcasting Governors could well suggest, to those narrators looking for a conspiracy, that the U.S. might condone such an outcome. This, in turn, could represent a serious threat to regional stability.

The six narratives that became the story of the “rave revolution” arose from the fundamental polarization at the core of Georgian society. In the final analysis, all six narratives were “true” to the extent that they accurately reflected widely disparate, popular perceptions of Georgia’s national values, identities and policies.

In addition to undermining the legitimacy of the Georgian government, these competing narratives provide fertile ground for foreign power influence, especially in the information space. And this story is not exclusive to Georgia. Narratives matter everywhere. Those of us in the field of public diplomacy must be able to balance multiple “truths” so that no one version of the story prevails—at the expense of social and political cohesion. We must seek possibilities for narrative convergence rather than dominance.