Home|We’ve Upgraded to Public Diplomacy 2.1, but Does it Matter? 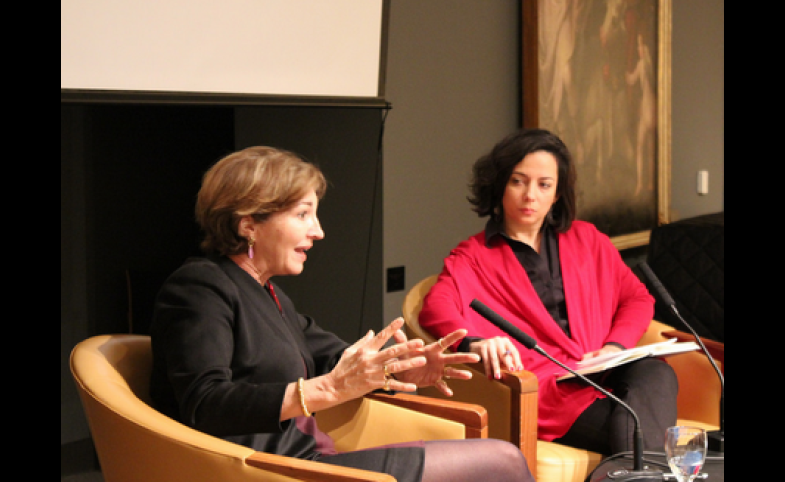 We’ve Upgraded to Public Diplomacy 2.1, but Does it Matter?

The rise of Web 2.0 tools created a new, easy-to-use channel for diplomats and public diplomacy bureaus to reach far-flung publics. Many foreign ministries adopted the new technology almost immediately, creating a field called public diplomacy 2.0. New problems appeared quickly though. Social media’s all-in participation creates an environment where messages cannot be controlled as they are framed and re-framed by the twittering masses. Connotation in social media is frustratingly fluid, and the context of messages, as they are passed from platform to platform and reader to reader, mutate in unpredictable ways. Then there are the trolls: being in broadcast mode is as likely to create a snarky backlash as it is to create an audience of curious on-lookers. Public diplomacy 2.0 was supposed to be the ultimate engagement device, but commentating on commentary is not a conversation and posting digital posters is not effective messaging.

We now know that social media is not a public diplomacy panacea. It is easily criticized as being “more interested in the appearance of dialogue than actual conversations.” In other words, operationalized engagement (the creation of the “environment”) undercuts the concept’s ideals.Comer & Bean compare American public diplomacy to a corporation that “welcomes consumer feedback on its branding efforts but not its role in global warming.” They explain Web 2.0 as a new way of marketing via the Internet: It creates the perception of user empowerment that in reality works as a way for companies to refine their personalized branding and utilize user-generated content as cost-free labor. Therefore, public diplomacy 2.0 could be considered the marketing of a dialogue rather than the call-and-response inherently promised in a two-way communication platform.

Then, there is the whole evaluation problem. A message-receiver using Web 2.0 tools is not the same as a receiver at the end of person-to-person interaction. Data that analyzes usage or viewers via the Internet does not equate to engagement. A receiver may “follow” or “like” a program without ever being exposed to the message. So how are scholars and practitioners engaged with digital diplomacy supposed to measure effectiveness?

Public diplomacy programs are aimed at foreign publics, especially those with an unfavorable view of the host government. Surveying these populations with accuracy is difficult. Researchers would need to survey the receiving population before and after the program to gauge whether the receivers changed their perception of the host government. That “after” is a significant problem. How long does it take for a public diplomacy program to take effect? And how do you even appropriately collect that information?

Then, of course, there is the macro-argument- should we be using the Internet as a public diplomacy device at all? Despite often impressive analytical numbers, the Web currently lacks global inclusiveness. Though U.S.-centric, James Thomas Snyder—the author of The United States and the Challenge of Public Diplomacy and a former member of NATO’s International Staff—hit the nail on the head:

No doubt the Internet has brought about a revolution in communications as well as a communication of revolution … But its immediate access, instant gratification and supernumerary analytics have masked a stupidly expensive, massively oversold and extraordinarily anemic Rube Goldberg device for global communications. Politically speaking, the Internet is largely a system of the democratic haves texting feverishly to themselves … Instead of congratulating ourselves for the newest new thing, or the State Department’s number of followers or friends, we should be pouring resources into connecting, forcing open, and communicating with—in the best way possible—those countries and benighted populations. - James Thomas Synder

THE CASE FOR PUBLIC DIPLOMACY 2.0

Not all is lost though. With five years under the belt, a whole mess of trial-and-error programs, and case study after case study of “here is where this went wrong,” foreign ministries have transitioned to public diplomacy 2.1. Lessons were learned: Communicating within this new public sphere should only be done strategically, targeted, and with genuine concern. Self-serving, blanket statements will not reach audiences anymore. But despite this focused approach, practitioners must realize that communities on the Internet are not walled off. Any directed messages are available for scrutiny by all publics, and therefore should be written with that in mind. Furthermore, this increased scrutiny means that the messaging must also be done in a truthful manner. The last thing a government wants is to be seen as partaking in propaganda à la the Cold War.

In addition, practitioners of public diplomacy 2.1 need to be part of a community of interests and find ways to be a service to their audience rather than just marketing policies. This means communicating to the desired audiences in their own language and using their platforms of choice. It is more beneficial to be seen as empowering a network to speak for itself rather than speaking for them. Strict advocacy and controlled messaging must be discarded as habits of the past; public diplomacy 2.1 requires flexible and open two-way communication.

Any good public relations theorist can tell you, two-way symmetricalcommunication is the ultimate goal. It predicates that both sides of the table are not only listening intently but also willing to change their stance on an issue, or at the very least, to adjust. It’s a negotiation as much as it is a conversation. Does anyone really expect Twitter replies to change how a government will enact foreign policy? Will a YouTube comment really force a foreign ministry to reconsider its official stance on an issue? Probably not. So, what is the point of all this online engagement other than the marketing of a manufactured government brand?

THE ANSWER COULD BE…

Public diplomacy 2.1 practitioners are exposed to more information and viewpoints than thought humanly possible just a decade or two ago. Everyday, people from all over the world are sharing their responses, ideas, and perceptions; and governments are paying very close attention. Public diplomats that monitor the world through a series of fast-moving bits and bytes cannot—and most certainly should not—be unaffected by this enormous amount of new information. Could, counter-intuitively, the greatest use of public diplomacy 2.0 be for foreign publics to reach and mold government perception?

This may just be wishful thinking. Even if an online exchange does manage to persuade an individual bureaucrat enough to alter his or her perception, is it possible for that individual to be a domino? In other words, could that single person be the first in a line to alter the perceptions of an entire government, which could ultimately result in an altered foreign policy decision? Foreign ministries are made up of a relatively small number of individuals, and individuals are indeed alterable. The question remains though: is anyone really listening?