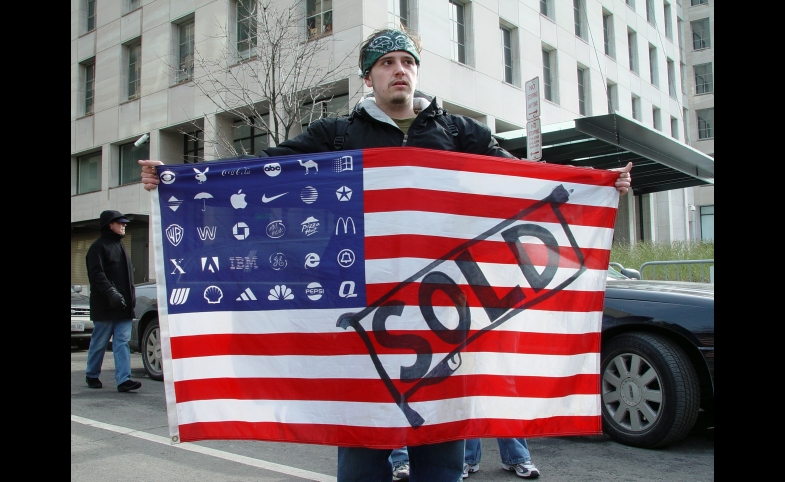 Note: This blog is part two of a two-part series. Part one can be found here.

Simon Anholt arrived at an outlook similar to that of Ambassador Choi’s commercial paradigm after a decade of consulting governments on how to improve their national brand. He theorized that the better your “brand” is as a country, the more investment, tourism, and other economic activity you can attract from governments, firms, and citizens of other countries. The problem Anholt confronted was that governments more often than not sought an advertising-based approach, superficially spinning the attractiveness of their country rather than fixing the structural problems that keep investors away and public opinion negative. But how can a country project a manicured, positive image in an era of complete exposure? Anholt concluded that it cannot, and furthermore, that the expanding nation brand industry was leading to another form of international competition: global public opinion.

After years of research, Anholt discovered that the morality of a country’s actions shaped global public opinion more so than any other factor he measured: “I am not a cynic but I expected that people might admire Germany more than Poland, say, because Germany had more wealth,” Anholt told The Guardian, “or had a more beautiful landscape. Turns out that the most significant driver is: is this country a force for good? And when you think about it that is really motivated by self-interest. We admire countries that we don’t have to worry about.” A moral governance style can be demonstrated at home, but, in the global public opinion battlefield, foreign policy is where the significant gains can be made. In today’s globalized and circumscribed environment, countries need to consider the morality of foreign policy in addition to national interests if they want to improve their image and reap the benefits. Anholt conceived the Good Country Index (GCI) in order to quantify and promote this notion.

As the GCI website lists, the threats of modern humanity are borderless: climate change, economic crisis, terrorism, drug trafficking, slavery, pandemics, poverty and inequality, population growth, food and water shortages, energy, species loss, human rights, migration, etc. Each individual government must address a number of these issues within its own borders in order to prosper. Currently, however, they are addressing them individually and domestically, and typically to the detriment of the whole. A moral foreign policy would approach these transnational problems as if the global public is your constituency and a healthy, stable international system is your foremost national interest. Anholt, using behavioral indicators, attempts to score countries on how well they utilize this approach. It may be an oversimplified index, but it is promoting enlightened national interests, and that is a necessary evolution of international relations in the 21st century’s commercial paradigm.

The life work of Ambassador Choi and Mr. Anholt converge on the need for 21st century leadership: in Choi’s words, “a commitment to a long-term perspective and enlightened action on a global scale.” Competing today to secure maximum national interest within a zero-sum perspective — a warfare paradigm — is self-defeating; any benefit to one country alone will by definition harm the global political economy and the interdependent states that comprise it. American public diplomats are in the unique position to be proponents of a “good country” global system, but their ability to do so will depend on governments allowing for enlightened expenses: acting as the government’s eyes, ears, and heart abroad rather than just the mouth. That may not result in the analytics-friendly, short-term public opinion boosts promised by nation branding, international broadcasting, and social media campaigns, but the promotion of enlightened national interests is more likely to lead to a sustained, positive global opinion of a country and its government. This is the stated goal of public diplomacy.

A moral governance style can be demonstrated at home, but, in the global public opinion battlefield, foreign policy is where the significant gains can be made. In today’s globalized and circumscribed environment, countries need to consider the morality of foreign policy in addition to national interests if they want to improve their image and reap the benefits.

In the 2014 Comprehensive Annual Report on Public Diplomacy and International Broadcasting, the United States Advisory Commission on Public Diplomacy laments that the U.S. spends only 1.7 percent or $602 million of its International Affairs Budget on public diplomacy while corporations like Coke or Microsoft are spending in excess of $1 billion in branding activities. They specify that “public diplomacy spending often has to compete in the larger marketplace.” This is a dangerous framing of public diplomacy. Corporations manipulate sentiment toward their brand in order to make consumers purchase products. Spending hundreds of millions of dollars on promoting “brand U.S.A.” is not only redundant — extensive private sector and globe-spanning media already defines contemporary American values for foreign audiences, whether we like it or not — but harmful as it invites accusations of hypocrisy and propaganda. The recurring themes of modern U.S. public diplomacy are laudable: promote education; empower entrepreneurs; counter violent extremism; support democracy, human rights and civil society; and advance environmental protection. Let those actions demonstrate American values, not empty marketing-speak.

The U.S. has been a global leader since its decision to participate in World War II, which, as Choi points outs, although certainly based on traditional national interests, was also an early demonstration of an enlightened one. Franklin D. Roosevelt opted to help others for his country’s own interest. It can be argued that the attitude behind this action and those that immediately followed, specifically the Marshall Plan, was more responsible for creation of U.S.’s moral leadership on the world stage than its military power. We live in a different era now, and the generations influenced by those actions are decreasing in numbers. If the U.S. wants to regain its status as a moral hegemon and not just a military one, it needs to adapt to the circumstances of today’s circumscribed world and commercial paradigm. That means investing in enlightened national interests, and the first step to achieve such a feat is reconsidering the roles of its public diplomats.