Home|What It Takes to Achieve the Best Public Diplomacy 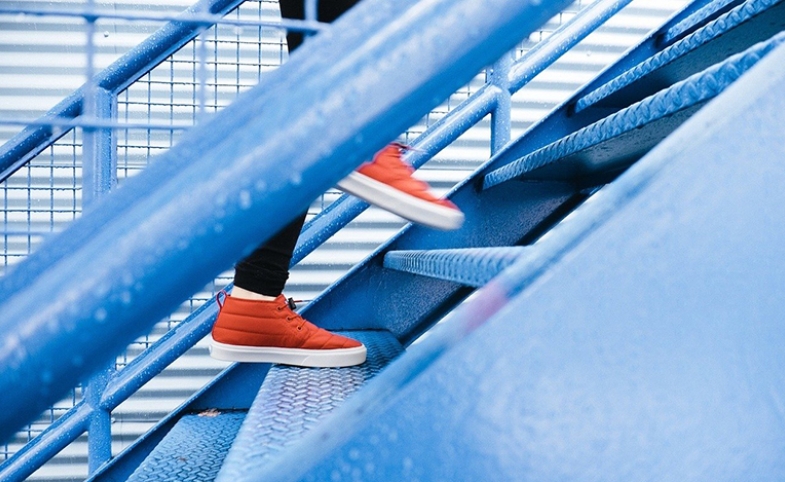 What It Takes to Achieve the Best Public Diplomacy

Note from the CPD Blog Manager: The views and opinions expressed are those of the author and do not reflect the official policy or position of any agency of the U.S. Government.

The goal of professional training isn’t simply to impart new knowledge, but to get the trainee to integrate and change behavior based on new understandings. At the State Department’s Foreign Service Institute, we evaluated our training based on Kirkpatrick’s Four Levels of “reaction, learning, behavior, and results.” The ultimate goal was level 4: creating training that impacted how diplomats do their jobs and had a positive effect on their performance.

The same is true of public diplomacy. The goal is not only to share information about one’s culture, country, and policies, not simply to get the foreign public to understand and take in those new facts, but to have them change their attitudes and behaviors based on that new knowledge.

We understood that getting our trainees out of their comfort zones was the most effective way to really get them to change behavior—to actually integrate new lessons learned. This speaks to the goal of public diplomacy as well, and more specifically, to the overwhelming importance of exchanges and cultural diplomacy and programming.

Art, music, theater, culture are most powerful when they make us uncomfortable and question received truths. That’s why presentations of U.S. jazz mattered behind the Iron Curtain; jazz showed the power of innovation and individual creativity that questions received forms and patterns of music.

Ambassador Cynthia Schneider lays out the underpinnings for the importance of jazz as a uniquely powerful tool of American cultural diplomacy in her chapter, “Culture Communicates: U.S. Diplomacy that Works.” As Cesar Garcia, founder of The Mistake Room, noted in an article by Leila Nazarian:

“Artists ... challenge us to consider things differently even when we don’t agree with them. In short, they put the messy and unresolved things shaping our world out in the open and demand that we face them. That’s important because the world is not black or white. When people shy away from complexity, extreme positions emerge, and then we have body counts.”

He goes on to claim:

“Artists are important in civic life because they continuously embrace the things that are most often too hard to talk about and that alone gives us an opportunity to keep talking about them with each other and with those who aren’t like us.  … That’s what diplomacy is in many ways – talking to others about the tough stuff, attempting to find common ground, and finding ways to live together.”

Educational and cultural exchanges take the participant outside of her or his comfort zone and strip away received truths and assumptions. While highly uncomfortable because it makes one vulnerable, it is that very discomfort or vulnerability that opens one up to considering new ways of seeing things, which is ultimately the key to successful training or successful public diplomacy. The long-term transformative effects of study abroad attest clearly to the power of such exchanges.

Indeed, the best public diplomacy must be open and transparent and vulnerable. It cannot simply repeat information—it must create experiences and atmospheres of openness and creative dialogue that allow not only for the exchange of information, but also for a truly experiential and learning moment of exchange.

Throughout my career as a public diplomat, the most impactful public diplomacy efforts I have seen embodied­­­­, such as openness and emotion, whether through discussions about sensitive topics like minority rights in other countries and in the U.S., or arguing that if Americans were wrong to prejudge and stereotype Arabs and Muslims, then so also were Arabs and Muslims wrong to stereotype Americans.

Amazing changes in attitudes (and hopefully behavior) can result from effective public diplomacy that truly touches people’s hearts and opens their minds. Once we agree to avoid mutual generalizations, we can move on to constructive discussions of policy more broadly. Only through such exchanges do we begin to echo the deep exchanges of longer-term educational and cultural exchanges. Such discussions can lead to integration of new insights and knowledge, and achieve the ultimate public diplomacy goals in ways that simply providing information, particularly one-sided information, does not and cannot.

While highly uncomfortable because it makes one vulnerable, it is that very discomfort or vulnerability that opens one up to considering new ways of seeing things, which is ultimately the key to successful training or successful public diplomacy.

That is the difference between propaganda and true public diplomacy. And one reason propaganda never really works. It never creates vulnerable uncomfortable moments of true attitudinal and behavioral change, because it is never open or vulnerable itself. Much has been written about the differences between propaganda and public diplomacy. I would add what I think is an essential element of creating moments of vulnerability to achieve true and authentic change. Or as Nancy Snow put it in her article, “Public Diplomacy and Propaganda: Rethinking Diplomacy in the Age of Persuasion:” “Public diplomacy, or diplomacy to publics, puts human interaction front and center in far less manipulative ways than propaganda.”

Indeed, I think an essential element of that freer exchange of ideas that constitutes public diplomacy is that it be truly mutual, open and vulnerable, and often uncomfortable for both sides—because as we see in training evaluations and effectiveness, that is when true learning and truly integrating new lessons or information into one’s behavior takes place, and that is, after all, the goal of public diplomacy.

It takes self-confidence and faith in oneself and in one’s message and country to practice that openness, but that is what public diplomacy is. It is trusting your country and society enough to encourage others to come and study or participate in exchanges openly and freely. It is trusting your interlocutors enough to believe that they can come through intensely uncomfortable vulnerable moments to draw the lesson that we all can cooperate together to achieve mutual goals.

Providing accurate, useful, relevant information in meaningful and culturally relevant ways is also essential. Solid informational diplomacy undergirds all diplomacy. It is also the strongest way to combat disinformation. The truth will always ultimately come out, so best to be on the side of truth and to protect your credibility. As Professor Nicholas Cull wrote in December 2018: “My own feeling about years of study is that a communicator always has to pay the price for a distortion, and you never know what the price will be. For example, the clever ways in which British propagandists made up negative stuff about Germans in World War I helped them to win that war, but meant that when the Germans were really committing atrocities on an industrial scale in World War II, those who sought to raise the alarm were not believed.”

Information strengthens the discussions that are an integral part of educational and cultural diplomacy. It gives participants in the public diplomacy process something to consider, to tussle with. In a way, it should echo the theater and music and art of cultural diplomacy. Good information triggers a deep thought process that can make you seek out more information and that can change your outlook. To do that, the information provided must be solid, true, credible and respectful.

Ultimately, this is why respect is so key. The message and messengers have to trust the interlocutor enough to engage on a mutually respectful basis. We must have conversations based on mutual openness and respect if we expect our audiences to remain open. The greatest evidence of effectiveness I got as the USG Arabic-language spokesman was when a contact said his wife could watch me on TV without wanting to break the screen. By speaking honestly and respectfully in her language, I was able to keep her listening to the conversation and my argument. She may not always have agreed, but she remained open and engaged. That is the beginning of public diplomacy engagement.

Public diplomacy materials and information must be clear, respectful and engaging, not pedantic and heavy-handed. They cannot be simplified propaganda. Like theater or music or art, they must make the reader want more, question previously received perceived truths, see that there are other facts and other understandings out there. Creating and sharing such information can be enormously challenging. The most important audiences are often those most set in their patterns of thinking. How to open them up to those conversations? By showing respect, by listening, by engaging through the medium of their language and culture, and sometimes by sharing your own vulnerability and open-mindedness.

The best public diplomacy must provide engaging, thought-provoking information and experiences that lead to honest and open and often uncomfortable exchanges and conversations. These are the bases for creating partnerships of mutual understanding with thought leaders and publics. This must be done with respect for sovereignty, national identity and for our differences, building on common interests and shared humanity. Through such public diplomacy built on informational diplomacy and cultural and educational exchange, we can get others, who may initially oppose our views or even simply not take an interest in them, to open their minds and work with us to achieve our mutual goals.

Michael Pelletier
CPD Blog Contributor
U.S. Ambassador to the Republic of Madagascar and the Union of the Comoros
YOU MIGHT BE INTERESTED IN...

Michael Pelletier
CPD Blog Contributor
U.S. Ambassador to the Republic of Madagascar and the Union of the Comoros