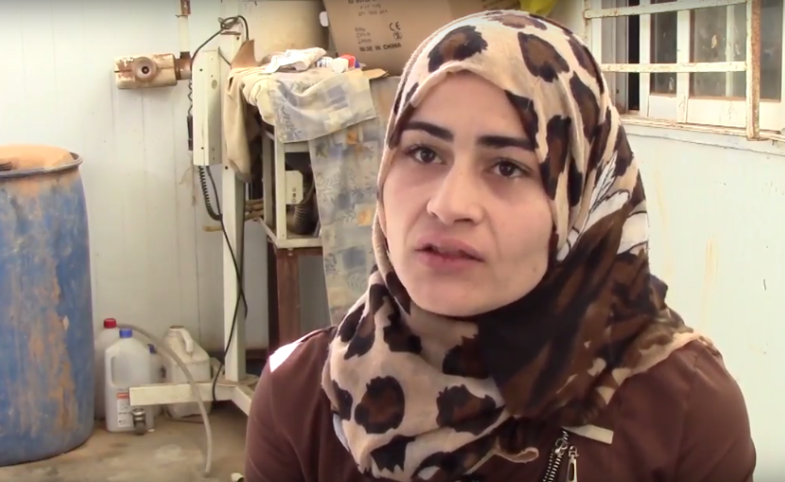 A World Indifferent to Refugees

Note from the CPD Blog Manager: This piece serves as an introduction to Neha Wadekar's multimedia project on Syrian refugees in Jordan.

Right now there are nearly 60 million forcibly displaced people in the world, according to a June 2015 report by the United Nations refugee agency, UNHCR. One in every 122 humans is now either a refugee, internally displaced, or seeking asylum. These refugees were forced to escape war, violence and famine in their home countries. Just over half were uprooted by conflicts in Syria, Afghanistan and Somalia. They live in widely varying conditions, from well-established camps to makeshift shelters or living in the open. They all await one of three possible solutions: repatriation, local integration or resettlement.

While refugees across the globe face dire conditions, it is the Syrian refugee crisis that has traveled to the forefront of our attention. The UNHCR reports that since early 2011, the main reason for the acceleration of the numbers of refugees has been the war in Syria, now the world's single-largest driver of displacement. Every day last year on average 42,500 Syrians became refugees, asylum seekers, or internally displaced, a four-fold increase in just four years.

The United Nations estimates that 6.6 million people are internally displaced within Syria, and over 4.8 million are refugees outside of Syria. The actual numbers, including unregistered refugees, are much higher. Some have made it to Europe and North America. But most have fled to the countries directly bordering Syria – Turkey, Lebanon and Jordan.

The conflict in Syria has had the greatest impact on these neighboring countries. Turkey reports an estimated 2.7 million registered refugees. Lebanon is hosting another 1.5 million. The Hashemite Kingdom of Jordan, with a population just under 10 million, had a count of 1.2 million Syrian refugees in its most recent census. Syrians now constitute 46 percent of non-Jordanians living in the Kingdom and 13.2 percent of the overall population. I traveled to Jordan to report on the impact of the crisis on Syria’s neighbor. This project is the result of that trip.

Hosting large numbers of refugees is not a new concept for Jordanians. Waves of Palestinians moved to Jordan in the 1940s, followed by large numbers of Iraqi refugees during the Gulf War and the War in Iraq. These refugees have been viewed as both a gift and a burden, as Jordan has worked to integrate new arrivals into its economy and its society.

Jordan is a country lacking in natural resources. Without the support of the international community, it is unrealistic to expect Jordan to shoulder the responsibility for caring for the refugees alone. The cost of infrastructure alone could be devastating for such a small nation. As the conflict continues, international aid has dwindled. The government has managed to establish several large refugee camps close to the Syrian border, but approximately 80 percent of refugees live outside these camps in cities and villages across the country.

Syrian refugees living in Jordan are currently not allowed to work without permits, which are awarded sparingly by the government to protect Jordanian workers from being displaced and to prevent unemployment from rising. This policy has forced the majority of the 1.2 million refugees in Jordan to depend entirely on aid from the government and international NGOs in order to survive.

Border countries, such as Jordan, are also struggling to expand the capacity of national education systems to accommodate the massive influx of Syrian children. Today, one out of every 10 school-age children in Jordan is from Syria. Jordan has created space in its schools for nearly 60 percent of registered Syrian refugee children, but the effort to include more Syrian children in schools is collapsing under the massive strain of the crisis.

Regardless of how they arrive in a country and for what purpose, migrants, refugees and asylum-seekers’ rights are protected by international law. The Universal Declaration of Human Rights (Article 14), states that everyone has the right to seek and enjoy asylum from persecution in other countries. The 1951 UN Refugee Convention protects refugees from being returned to countries where they risk persecution.

And yet, countries around the globe continue to close their borders. Right-wing governments and anti-immigrant movements are gaining ground. During a time when the numbers of refugees are increasing, global empathy is decreasing. Amnesty International reports that 10 million people across the world are “stateless”, which means that no country recognizes them as a national, and the numbers continue to climb.

Without the support of the international community, it is unrealistic to expect Jordan to shoulder the responsibility for caring for the refugees alone. The cost of infrastructure alone could be devastating for such a small nation.

Just this week, the Kenyan government announced that it was being “forced by circumstances to reconsider the whole issue of hosting refugees.” The government is threatening to shut down its refugee camps, which are home to almost 600,000 people, mostly from Somalia and South Sudan. This includes Dadaab, the world’s largest refugee camp that is nearing its 25th anniversary.

There has never been such an important time for global cooperation and coordination to effectively and humanely deal with the growing refugee crises around the world. As we have seen in Europe, geography is no longer an obstacle, as refugees from Syria seek sanctuary in countries across the globe.

More than seven months since President Barack Obama pledged to resettle 10,000 Syrians, the United States has let in less than a fifth of that number — 1,736 through the end of April, according to government figures.

The world is not doing enough for refugees. The panic and chaos that surrounds the refugee crisis has clouded our recognition of the fact that any of us could become refugees at any time. Refugees do not want to leave their homes. They are forced to because of dire circumstances. The international community can do better and must do better.

Over the years, public diplomacy has allowed many countries, nations, and organizations to tell their stories through many mediums and with innovative strategies. Recently, the United Nations used a digital storytelling...