Turkey’s public diplomacy has gained increasing prominence in the news over the past month, even in the weeks prior to the earthquake that hit Eastern Turkey. Changes in the political landscape have resulted in significant changes to Turkey’s international standing in the world. The theme that dominated news from Turkey’s Today’s Zaman throughout the month of October was this Muslim-majority nation with a secular democratic government and a vibrant Islamic culture. The concept of a modernized secular political system with Islamic traits seems to hold potential for Turkey’s public diplomacy and soft power: another Today’s Zaman article traces Turkey’s abandonment of its ‘zero problems’ orientation of non-conflict with neighbors in its action in opposing Syria’s Assad regime. According to the article, “The events of the Arab Spring, the Israeli-Palestinian conflict and a weakened Iran have left a window of opportunity for this once-dormant power to reemerge as the leader of the Middle East.” An article in the Montreal Gazette, says that Turkey’s increased pressure on Syria, through its conduct of military exercises, economic sanctions, and harboring of Syrian opposition groups, are all part of a calculation by the Turkish government that its long-term interest stands on the side of the Syrian people’s struggle for democracy. Tunisia’s emerging leadership has said similarly that Turkey could serve as a model for their political system. This trend of influence is also impacting Islamic societies, with Turkish melodramas that feature non-conservative Muslim characters becoming increasingly popular in Middle Eastern nations.

Outside the Middle East Turkey seems to be recalculating its desired sphere of influence. It is reviving ‘pan-Ottomanism’ in areas outside the Middle East, including the Balkans. A prominent Turkish minister paid visits to Balkan nations over the Eid-al-Fitr holiday, showing how the country is paying particular care to regions that are predominantly Muslim. Similarly the President has made calls for solidarity among Turkic republics. According to a Today’s Zaman article its foreign policy is likely to be influenced by energy in the future due to its proximity to countries that produce and consume energy the most. An editorial in the same newspaper makes the claim that this comes at a time where the influence of the European Union appears to be shrinking in Turkey, as the nation has become convinced that the EU will never accept them.

The recent earthquake had profound consequences for Turkey diplomatically: after an initial refusal to accept aid from Israel, Ankara turned to Tel Aviv for assistance and the Israelis were among the first on the ground, despite prior diplomatic tensions. A Guardian piece traces out the influence of “disaster diplomacy,” citing Greece’s provision of aid in 1999 during another Turkish earthquake as a pivotal moment that unlocked a settlement for peace despite years of enmity. Whether this will prove to be the case with Israel will remain to be seen and will be an area to watch in the coming months.

As the news coverage of the month of October demonstrates, Turkey is an emerging yet strong public diplomacy actor to follow. Its influence within the Muslim world as a state with a secular government balanced with an Islamic culture is proving to be an example for the countries emerging from Arab Spring revolutions. Importantly, it is one of the best examples of economic success in the region: the Turkish economy tripled in size over the last decade, and it is now the 17th largest economy in the world. A recent address by Hillary Clinton highlighted the significance of this area of growth, emphasizing the importance of the economic partnership between Turkey and the United States. Watch her address below:

Sarah Myers serves as the Associate Editor for PDiN Monitor. Currently a candidate for the Master’s in Public Diplomacy at USC Annenberg, Sarah’s focus is on technology and digital diplomacy, with an area interest in East and Southeast Asia. Prior to coming to Annenberg, she worked as an Account Manager for Media Monitors, Asia-Pacific’s leading media intelligence agency. In her time there she collaborated with many of Singapore’s largest corporate and governmental bodies to develop and implement media analysis projects. In 2011 she was elected to the Management Committee of the Singapore Press Club, and served as a member of the Institute of Public Relations Singapore as well as the Singapore Chinese Institute of Business. In her spare time, she traveled throughout Southeast and East Asia. 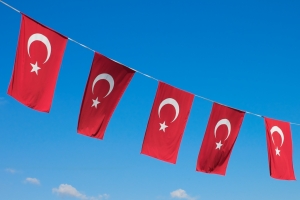