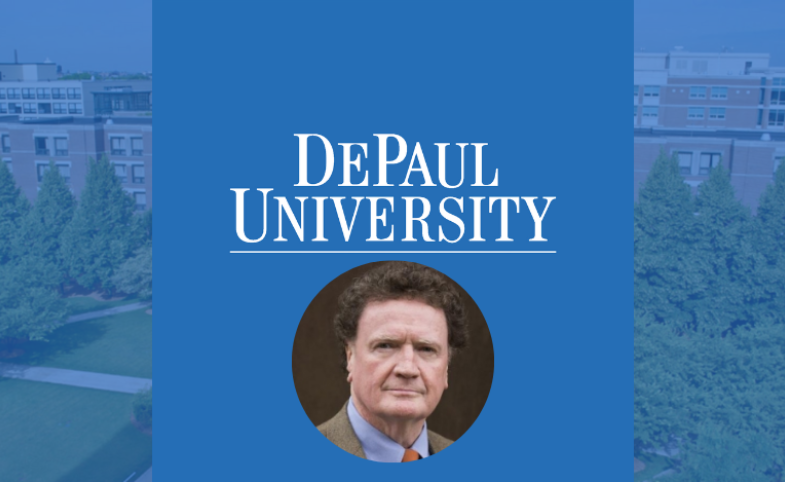 This story was originally published on Newswise and can be accessed here.

Geoffrey Wiseman, a professor, career foreign service officer and expert on diplomatic theory and practice, will join DePaul University’s The Grace School of Applied Diplomacy as its inaugural endowed chair in applied diplomacy. In the position, Wiseman’s teaching, research and writing will focus on exploring and explicating The Grace School’s transprofessional approach to the study and practice of diplomacy.

“The Grace School’s singular and unique commitment to building bridges between two domains: the official, state-based world of international diplomacy and the unofficial, non-state world of humanist activism, is impressive,” said Wiseman. “And the prospect of working to further its remarkable, philanthropic founding designed to transform diplomatic studies via an applied diplomacy vision made this an attractive community to join.”

“There is a growing normative consensus that many of the policy and social challenges we discuss (or should discuss) everyday — pandemics, poverty, climate change and violent conflict — require evidence-based and practical solutions,” said Wiseman. “We are more likely to find solutions to these challenges when we draw on the knowledge of all sectors of society, at the local, national and international levels.”

Wiseman joins DePaul after serving as professor and director of the Asia-Pacific College of Diplomacy at The Australian National University in Canberra, Australia.

Prior to his time at The Australian National University, Wiseman spent over eight years at the University of Southern California as a professor of the practice of international relations in the School of International Relations. He also served as the acting director and then full-time director of the USC Center on Public Diplomacy, which he played a role in establishing in 2003.

“As the world is being pulled in two different directions — it is both globalizing and (re-)nationalizing — it’s time to attach value to the idea that diplomacy is a plural concept and is likely to become even more so in the future,” said Wiseman.

Wiseman is the author, editor or co-editor of five books: "Diplomacy in a Globalizing World: Theories and Practices," "Isolate or Engage: Adversarial States, US Foreign Policy, and Public Diplomacy," "American Diplomacy," "The Diplomatic Corps as an Institution of International Society," and "Concepts of Non-Provocative Defence: Ideas and Practices in International Security."

“To say we are thrilled that Geoff Wiseman is joining DePaul would be an understatement,” said David Wellman, director of The Grace School of Applied Diplomacy. “His depth of knowledge in the field is remarkable, and he’s widely considered to be among the top diplomatic studies scholars in the world. He will add greatly to our efforts to mentor young transprofessional diplomats who aim to collaborate on global problems that cannot be adequately or comprehensively addressed by any one type of diplomatic actor.”