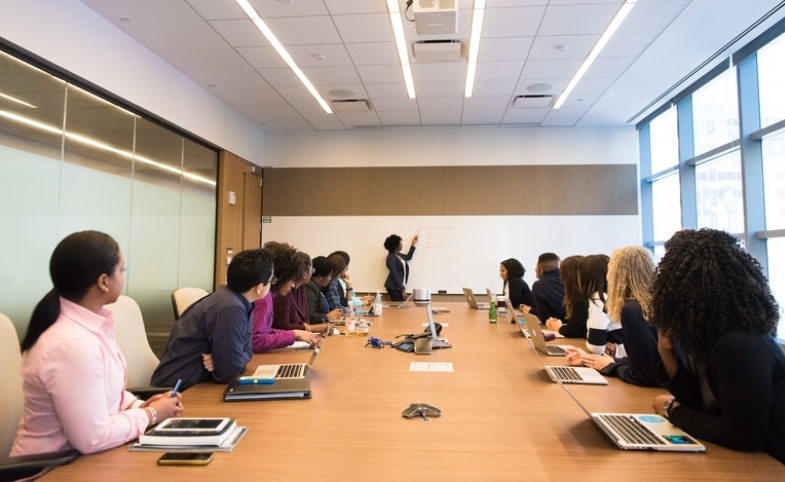 Global mobility is an important issue for all countries and multinational corporations. The ability to move employees easily has never been more important. Extending the influence of soft power beyond governments and into business networks relies on strong relationships with these everyday ambassadors of our ethos and values.

An objective of the Australian Government Soft Power Review is to consider new and more effective partnerships with other governments, the private sector, development partners and civil society.

Based on the results of Postings Survey 2018, the Australian Government Department of Foreign Affairs and Trade (DFAT) Families Network has been trying a new way to support a broad range of relocating partners. Having the ability to influence the behavior or thinking of others through the power of attraction and ideas is an important example of soft power. Diplomatic spouses offer a focal point to connect, support and celebrate the achievements of other relocating spouses living and working around the world. When they have overcome the obstacles, and forged new career paths in foreign lands, diplomatic spouses offer role models to inspire their compatriots to take steps to find their own paths.

Today, employees going on international assignments are often married to people who are as educated and career focused as they are. Globally, 77 percent of relocating partners were working before going on assignment. Yet many struggle to continue their careers overseas. A survey of 177 companies posting people found that 51 percent of employers report that employees have turned down international assignments due to partner career concerns.

The Posting Survey 2018 by DFAT provides some valuable insights on this issue. Like the situation globally, 94 percent of relocating spouses were working before going on assignment and only 9 percent continue unchanged in their careers once on international assignment.

The survey demonstrated the impact of this huge gap on the careers of Australian diplomats verses those of their partners. This is most evident when one considers the questions of whether "postings have helped / will help my career development" and whether "my family's financial position is better off as a result of the posting(s)."

Diplomatic spouses offer a focal point to connect, support and celebrate the achievements of other relocating spouses living and working around the world.

At the end of the day, over 70 percent of the diplomats stated that the “career development for me” was the most positive aspect of their posting experience. In stark contrast, less than 10 percent of the partners shared that perspective. It therefore should come as no surprise that the partners listed “having to sacrifice my career,” “finding employment whilst on posting” and “lack of recognition as a partner/spouse” as the most significant barriers of their posting experiences.

In the words of Michel Foucault, knowledge is power. The Posting Survey 2018 provides Australian diplomats and their diplomatic partners with a unique body of knowledge about the challenges facing diplomatic families in their own community.

And, some have already started to use that knowledge to establish themselves as thought leaders on partner empowerment in their local diplomatic and expatriate communities.

Britt Spyrou, spouse of the Australian Ambassador to the United Arab Emirates (UAE), spent a year developing her skills and profile to match UAE market requirements before finding work at an international applied research body in Dubai.

One of the skills she focused on was public speaking. At the Dubai Ellevate Business Women’s Network Annual Conference in June 2019, she was amazed at the number of women coming up to describe how her experience resonated so strongly with theirs after Spyrou’s presentation of her story about the personal resilience of diplomatic spouses. This inspired discussions with the DFAT Families Network and the Australian Business Group Abu Dhabi about how to connect and offer support more broadly.

Together they put together a workshop hosted at the Residence of the Australian Ambassador in October 2019 to bring together relocating partners from Australia, Canada, Ireland, New Zealand and the United States with a range of employment and professional support services.

The Australian Business Council Abu Dhabi partnered with its counterparts to identify expat partners who wanted to be empowered to continue working. The participants heard stories about those who had faced similar challenges and found the grit and means to overcome the challenges. They learned about the opportunities and platforms they could access to find a pathway forward.

For example the spouse of the Irish Ambassador, Maedhbh Cronin, spoke about finding work on her postings in China and Australia by simply having the courage to ask and getting contract work in Tehran and Chicago through using her connections back home.

There was great engagement from the relocating spouses who attended, with over 70 percent describing the two-hour workshop as “excellent” and that they would recommend it to a friend or colleague. They identified strategies to take next steps and created a wall of inspiration to keep them going until their business councils check in with them in a few months’ time.

This largely self-funded, networked and leveraged approach to maintaining dual careers potentially increases the reach of soft power beyond the role of governments, corporations and their employees being sent overseas. It accesses the wealth of resources in the spouses who accompany them and their potential to reach even further into the culture and networks of influence in foreign lands.

What's "In the Works" for Naren Chitty?

Professor Naren J. Chitty A.M. is Foundation Chair in International Communication in the Department of Media, Music, Communication, and Cultural Studies and Inaugural Director of the Soft Power Analysis and Resource Centre (...