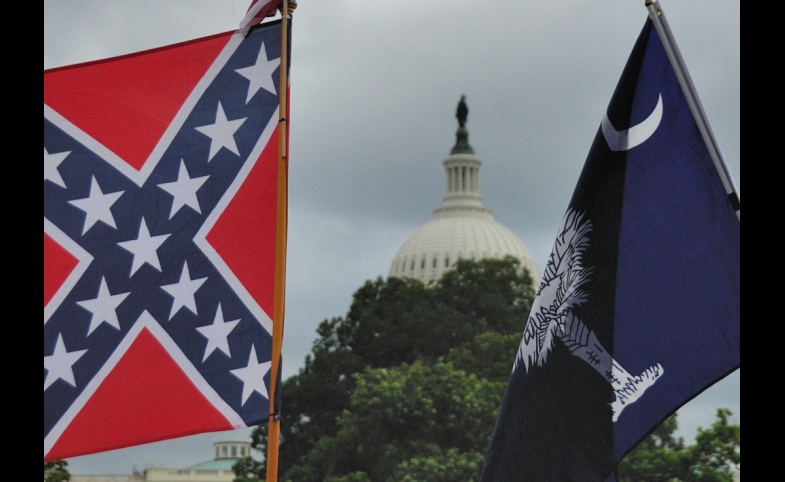 A Cautionary Note on Persuasive Messaging

Last year, South Carolina was in the news for all of the wrong reasons. At the beginning of the year, the white football coach at local school made headlines for a post-game ritual that involved smashing watermelons with caricature faces drawn on them in a way that suggested offensive racial stereotype demeaning to African-Americans.

Then, in April, eyewitness video emerged purportedly showing a white police officer shooting an unarmed black motorist in the back. The North Charleston police officer was later indicted on murder charges.

In June, a white male killed nine black parishioners at a prayer service in Charleston. Later, it emerged that the shooter reportedly said, “You rape our women and you're taking over our country. And you have to go."

In July, the Ku Klux Klan (KKK) protested the removal of the Confederate flag from the state capitol building. This led to clashes with the Black Panthers and others in Columbia.

Finally, in December, photos emerged online showing cadets at the Citadel with white pillowcases over their heads that resembled KKK hoods. The same month, the Confederate Relic Room and Military Museum Commission voted to spend up to $3.6 million of taxpayers dollars to display the recently-removed Confederate flag and other Civil War memorabilia.

Amazingly, these were just the stories that made the headlines. But what headlines they made. Consider these doozies from The Guardian. Following the Walter Scott Shooting, it ran an OpEd entitled, “Walter Scott: Week by Bloody Week, My America is Sliding Back Towards Slavery.” Following the KKK rally, it published an article entitled, "Still a Racist Nation: American Bigotry on Full Display at KKK Rally in South Carolina." Of course, it is beyond the scope of this article to provide a full account of what made international headlines or to evaluate their credibility. These examples are sufficient for our purpose. What they show is that it was not just the South Carolina brand that took a wallop from the events described above; brand USA also took a hit.

When negative news breaks, we try to get out in front of the issue. We try to take ownership of the narrative. And one of the best ways to do that is to find someone who is credible to deliver a message that changes the narrative.

Fortunately, not everyone in South Carolina turned a blind eye to what was happening. In July, our legislature passed a bill that finally removed the Confederate flag from the State House grounds. To many, this flag was a symbol of racial intolerance. The move was widely applauded across the United States and around the world. In September, our governor then headed to Washington, D.C. where she addressed the National Press Club. In her speech, she argued that South Carolina is not “a racially intolerant place.” Instead, she claimed that “racial harmony existed in South Carolina long before the nonviolent reaction to the hate-crime slayings of nine African-American parishioners at a Charleston church.”

In the end, the speech attracted significant press coverage. Personally, I think that had a lot to do with the messenger. Aside from being a potential vice presidential candidate, one of the most interesting things about Nikki Haley is that she “can offer a credible assessment of racism in the American South.” The daughter of Indian immigrants, she witnessed racism firsthand growing up in South Carolina. And yet she rose above it to become only the second Indian American governor in the United States. She even took a stand against some in her own party to push for the removal of the Confederate flag from the state capital. It is therefore not hard to understand why her claim that South Carolina is not racially intolerant was perceived as credible by many people: she spoke from experience. She was perceived as an expert. She was perceived as trustworthy. She was persuasive.

Unfortunately, the events of the last six months have not been kind to her claims about the new South Carolina. For that reason, her speech might very well end up serving as more of a cautionary tale in persuasive messaging. At the very least, it serves as an important reminder for anyone who specializes in strategic communications. Oftentimes, we get carried away with our own metrics. Our own short-term metrics. When negative news breaks, we try to get out in front of the issue. We try to take ownership of the narrative. And one of the best ways to do that is to find someone who is credible to deliver a message that changes the narrative. In other words, someone who is perceived as an expert. Someone who is trustworthy. Someone like Colin Powell. Or Nikki Haley. The problem with these strategies is that we sometimes do more harm than good, especially in the grand scheme of things. Now, maybe that won’t matter to a public diplomacy officer at the end of their tour. Or to a president of a think tank in desperate need of funding. But it should matter. Just ask Michael Morell.

Photo by Andrew Aliferis I CC 2.0