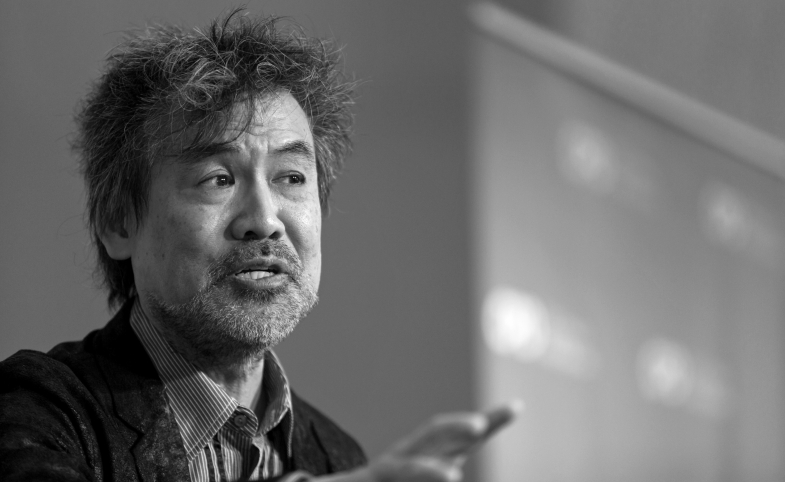 David Henry Hwang is a Tony Award®-winning playwright ("Yellow Face," "M. Butterfly") who recently joined CPD and Center Theatre Group to discuss the inspiration behind his upcoming world premiere of "Soft Power," an East-meets-West play with a musical. We caught up with him subsequently to ask a few more specific questions on soft power, cultural exchange and the arts.

How did you first become aware of the term “soft power”?

It's hard to remember, but I believe I encountered it first as a term applied to arts and culture. I've often been approached by Chinese producers about potentially adapting shows that have been successful over there to be produced on our Broadway. None of these discussions have led to anything substantive, but I became aware of China's desire to create a hit Broadway musical as part of the government's overall push for "soft power."

As a playwright, you have the ability to use the theater to spark political conversation. What do you hope viewers unfamiliar with “soft power” will take away from this production?

I hope audience members leave "Soft Power" talking about the issues and questions which the show explores: the subtle political messages behind even the most populist forms of entertainment, the role of democracy in our nation and the world today, America's current standing in the international community. At the same time, I hope they are delighted, entertained and ultimately moved by the beautiful music, amazing dancing, and love story.

“Soft Power” tells a story for an American audience through a Chinese lens. What opportunity does this present for cross-cultural communication?

In the show, the character "DHH" struggles with how to see the world from another point of view. Hopefully, audience members will also manage to see things through a new lens at this show. It seems to me that this experience facilitates cross-cultural communication, because it helps us to understand how culture affects the way both individuals and nations perceive reality.

Having been involved in cultural exchanges, what do you see as the role of the arts in building important and lasting international connections? What challenges stand out to you?

I believe art is uniquely suited to facilitate empathy and understanding. My particular form, theatre, for instance, allows us to see both difference and underlying humanity simultaneously. If we watch a show set in a different culture, we might first notice the superficial differences (habits, foods, attitudes). But if the play is good, we very soon find ourselves thinking something like, "That guy reminds me of my Uncle Frank." This ability to understand both difference and humanity is critical, I think, to building significant and lasting international connections.

What advice would you give to students who are studying public diplomacy and international relations?

Public diplomacy and international relations should be part of a triumvirate which also includes cultural diplomacy. The latter is critical to forging human connections and exchanging "soft power."

This Year in Events

Each year, CPD hosts a multitude of events with the top leaders and thinkers in public diplomacy. Included in this roundup are our 2018 event highlights ranging from an event with a Tony Award-winning playwright to a...