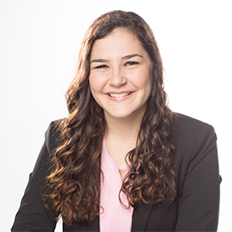 Alison was 2017-18 CPD Publications Assistant and graduated with a master's degree in public diplomacy from USC in 2018. She also completed her undergraduate education at USC, graduating in December 2015 with a B.A. in Political Economy and a minor in German. During her undergraduate studies she spent a semester studying in Berlin and worked as a student mentor in the Humboldt University of Berlin’s international office. Her interests include the Latin American region and the impact of international trade on public diplomacy.

As CPD Publications Assistant, Ali worked on various electronic publications including editing and promoting new content submitted to the CPD Blog. She was also responsible for identifying and sharing via CPD's social media platforms the resources added weekly to PD Hub. Ali has worked as a contributor to PD News.