Home|Coca Is Not a Dirty Word 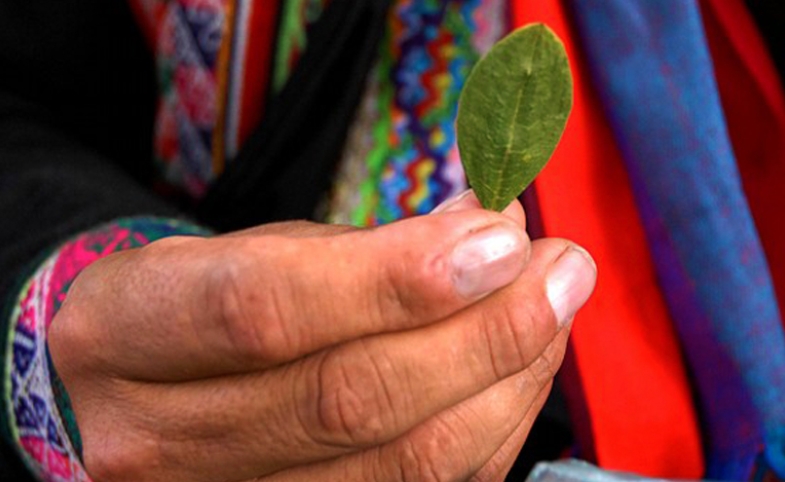 Coca Is Not a Dirty Word

In light of a recent ruling by Bolivia’s constitutional court allowing current President Evo Morales to run for a fourth term in office, it is worth exploring one of the issues he cares about. Namely, the coca leaf.

As one of Bolivia’s main agricultural products, the coca leaf has been a point of contention for both the U.S. and UN agencies because of its use in the creation of cocaine. As a former leader of a coca farmers union, Morales has made it his mission to rebrand the coca leaf as a legitimate crop and celebrate its importance to Bolivia’s history.

His dedication to the cause is admirable. Morales, who once ate a coca leaf in front of delegates at a UN summit to reiterate its safety for human consumption, has commented on the issue time and time again, even going so far as to send Foreign Minister David Choquehuanca to Europe in 2011 to lobby UN countries to vote for the legalization of coca chewing.

His actions have carried on steadily, including recently on Twitter, where Morales posted a photo of former U.S. Ambassador to Bolivia Robert S. Gelbard, accusing the U.S. of eluding its responsibility as the number one consumer of cocaine in the world.  In another tweet on World Diabetes Day, he recommended that those suffering from the disease consume coca leaves as a natural remedy.

Unfortunately for Morales, highlighting the crop’s health benefits hasn’t made the problem go away. Despite his numerous campaigns to separate it from cocaine, the coca leaf still has a long way to go before other nations begin to accept it.

Bolivia has faced an uphill battle in its attempts to convince the international sphere to see the coca leaf and cocaine separately.

In 1961, the UN Single Convention on Narcotic Drugs made consumption of the plant illegal and placed it on the controlled substances list. However, in 2013 following a campaign led by Morales, the coca leaf’s cultural significance to Bolivia was recognized when the UN added it to the exceptions list for domestic consumption.

Why is it, then, that Bolivia is forced to fight for the legitimate recognition of a crop that has been of cultural importance for centuries?

In 1995, the World Health Organization and the UN Interregional Crime and Justice Research Institute studied both cocaine and the coca leaf. The study found that in Bolivia, “indigenous peasants chew large quantities of coca leaves for decades yet manifest no ill effects from extended use,” and that in Colombia, “the acullico habit…has not been reported to lead to any noticeable mental or physical health damage,” concluding health risks associated with such coca leaf use as “unlikely.” However, this study was reportedly banned following a decision by the World Health Assembly and was released only by the Transnational Institute.

In recent years, coca cultivation within Bolivia has been on the rise, with numbers expecting to increase in light of a new law signed by Morales, which doubles the amount of land legally available for coca growth.

Despite its negative global image, the coca leaf is of both cultural and economic importance to the Bolivian people and has many legitimate uses.

The crop can mitigate the effects of altitude sickness, a problem faced by many of Bolivia’s visitors, considering that the capital, La Paz, has the highest elevation of any capital city worldwide.

Chewing the coca leaf, or drinking tea made from it, has been common practice for centuries. Tristan Platt, a social anthropologist at the University of St. Andrews, commented that the coca leaf’s importance to Bolivians is “absolutely incalculable; absolutely fundamental. … It's used in rituals of all sorts. Three perfect leaves of coca are a perfect offering to a sacred entity.” Even so, many countries still consider it synonymous with cocaine, including the U.S. which has banned personal use of the crop.

Because of this, Morales has been working diligently to rebrand the leaf. One of his public diplomacy efforts in this vein was the “Coca Sí, Cocaína No” (Coca Yes, Cocaine No) campaign, which focused on appropriating the plant for shampoo, wine and tea as well as stopping the haphazard U.S. Drug Enforcement Administration-led destruction of coca fields across the country. Bolivia's government has also commended the creation of the soft drink Coca Brynco, an energy drink whose main ingredient is coca.

Branding Is Not a Panacea

Unfortunately for Morales, no campaign to re-brand the coca leaf will work while countries still struggle to clamp down on drug abuse.

While he recognizes the crop for what it is—sacred to Bolivian culture—many countries only recognize it because of the drug that shares its name. Cocaine use worldwide continues to be geographically widespread. According to UNODC reports, in the U.S. a record 2.3% of the population ages 16–64 reported using the drug; in contrast, Bolivia has actually seen a drop in cocaine consumption, from 0.6% in 2007 to 0.36% in 2013.

Why is it, then, that Bolivia is forced to fight for the legitimate recognition of a crop that has been of cultural importance for centuries?

Demand creates supply, but in Bolivia’s case, the demand comes from elsewhere. Perhaps if the U.S. decreased its cocaine consumption, we would not see the coca leaf in such a bad light. Perhaps if North America did not constitute the largest consumer of cocaine in the world, we would not be so afraid of a crop’s potential.

Morales’ campaign has made it clear that the crop’s historical importance to the Bolivian people has nothing to do with drugs, but for the U.S. and other major cocaine-consuming countries, the crop is relevant only because of its potential use in drugs.

What this suggests is that branding in any form, whether it be national or product-based, cannot be a substitute for foreign policy. Branding is great, but it is not a panacea. Until countries like the U.S. see a marked decrease in their citizens’ cocaine consumption, they will likely be reticent to condone anything that reminds them of it.

Unfortunately for Evo Morales and his public diplomacy efforts to defend coca farmers, this means that Bolivia’s sacred crop will continue to be a dirty word in the minds of Washington policymakers.

On October 11, the world will celebrate the International Day of the Girl Child. This year, the focus is on preparing girls to enter a world of work that is being transformed by innovation and automation. By engaging...