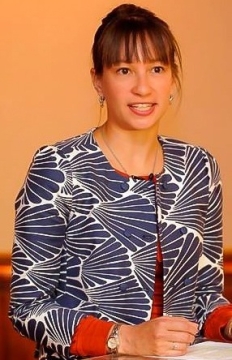 Dr. Mai'a K. Davis Cross is Senior Researcher at the ARENA Centre for European Studies in Oslo, Norway, and Senior Visiting Fellow at the Clingendael Institute in the Hague . She is the author of two books: Security Integration in Europe: How Knowledge-based Networks are Transforming the European Union (University of Michigan Press, 2011), which is the 2012 winner of the Best Book Prize from the University Association of Contemporary European Studies, and The European Diplomatic Corps: Diplomats and International Cooperation from Westphalia to Maastricht (Palgrave Macmillan, 2007). She is also co-editor (with Jan Melissen) of European Public Diplomacy: Soft Power at Work (Palgrave, 2013). Her work on European security, epistemic communities, smart power, and diplomacy has appeared in wide range of top journals, including Review of International Studies, Millennium, Comparative Politics, International Politics, European Security, Perspectives on European Politics, and Society, and European Foreign Affairs Review. Dr. Cross holds a PhD in Politics from Princeton University, and a bachelor's degree in Government from Harvard University. She serves on the editorial boards of Palgrave's Global Public Diplomacy series, and the journal Place Branding & Public Diplomacy.

Environmentalism Beyond Borders: The Climate Diplomacy of the EU, January 16, 2018.