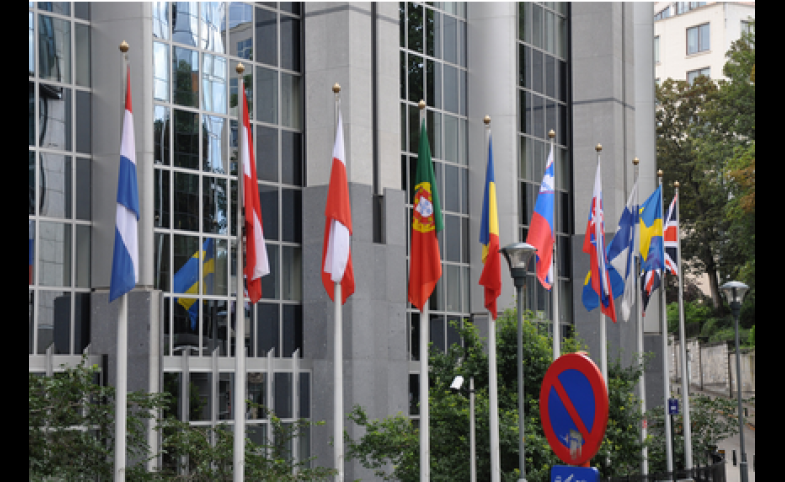 This piece was co-authored by Jan Melissen.

BRUSSELS - European Commission President José Manuel Barroso was right. Had the European Union instead of the United States fallen into partial government shutdown, the world would not have hesitated to use this as an opportunity to berate Europe and its influence as a global leader.

The trade in caricatures about the EU is a favourite past time. World leaders stand ready to offer free advice to European governments and institutions that they see as having no capacity to lead.

Chinese pundits boast publicly that Beijing has a system of selecting rather than electing capable leaders that is far superior to Western democracy. Even the likes of President Cristina Kirchner from Argentina have joined the ranks of those offering lessons in leadership.

More than ever, the time is ripe for Europe to take its external image more seriously. This can be done through a greater emphasis on public diplomacy and a more positive leadership style in Europe.

Damage to Europe’s reputation in other parts of the world goes beyond critical images of European leaders with no capacity to lead, and over-burdened bureaucracies suffering from in-group stereotypes. Emerging powers are starting to challenge Europe in areas of its traditional soft power, where the EU is still going strong.

The ultramodern African Union headquarters in Addis Ababa, funded and built by China, gives a powerful diplomatic signal about a changing world. Russia’s role in talking down the US over Syria is another example. Europeans realize that Brazilians, Indonesians, Indians and others often know too little about what the EU is all about, but they erroneously think this is merely about a lack of information.

They should worry more that ‘Europe’ is still largely lecturing previous colonies rather than listening to them as rising powers with their eyes set on the future.

No week goes by without European think tanks debating the impact of the ‘rise of the rest’, but this has not translated into an understanding on the part of governments that there is an urgent job to be done when it comes to Europe’s public diplomacy.

While the world tries to make sense of Europe’s struggles during times of crisis, 90 percent of the EU communication budget is still being spent on outreach to the EU’s own 28 member states. There are good reasons to ‘sell’ Europe at home, but are the overall priorities right?

Worse than foreign misperception, though, is how Europeans judge themselves.

There is a strong tendency for political leaders to be too critical of what they are trying to achieve through European integration. They publically create a prevailing image of self-doubt. People in other parts of the world with different political systems are often perplexed by such self-deprecation. They are not used to this kind of self-defeating, myopic leadership style.

When faced with a crisis – such as disagreement over Iraq in 2003, the failure of the Constitutional Treaty in 2005, or more recently, the Eurozone crisis – European leaders often project a lack of resilience and self-confidence.

Sometimes circumstances are exceptional. But European leaders need to understand the importance of perception, especially during crises. If this is not understood not only does the EU’s image suffer, but also the reputation of its component parts. States, regions, and cities may see their global business interests harmed.

One irony of the EU’s early 21st century predicament is that the international peace associated with integration - Europe’s greatest source of soft power - is losing its previous appeal, even while political leaders around the world discretely admire it.

The economic crisis has complicated matters by spawning a cultural rivalry between leading EU members Germany, Britain, France. ‘Beggar thy neighbour’ economic competition between the states of Europe is undermining more enlightened practices of communication with foreign publics in favour of more simplistic promotional practices meant to target trade and investment.

Rightly or wrongly, this even creates an impression that Europe lacks progress when it comes to its communication with the rest of the world.

Not Everything is Bleak

Not everything is bleak. Europe can still pull itself together. With its highly-active populations, assertive regions, diverse member states, activist town halls, and attractive cities, Europe remains a mosaic of collective projection capacity without equal in the world.

Future public diplomacy should build on Europe’s evident strengths at the sub-national level, closer to civil society. European policy-makers must also wake up to the fact that maintaining the traditional separation of domestic and external communication spheres is completely out of touch with the reality of vast information flows that simply ignore borders.

Recurring criticism of EU foreign policy chief Lady Ashton has compounded difficulties for Europe’s diplomatic service to fight Europe’s negative image in the world. It is time to start trusting EU diplomats to develop new public diplomacy traditions that are also in the interests of states.

The EU External Action Service could be instrumental in moving away from the EU’s greatest shortcoming in public diplomacy: its tendency towards talking at others. Beyond such one-way ‘infopolitik’, internal image and external image are of course related.

When others start talking about Europe in a more positive light, Europeans themselves may even start believing that there is some truth to what they say.

This article was originally published on the EU Observer.
Read the original article.

Jan Melissen is a Senior Research Fellow at the Clingendael Institute and a Professor of Diplomacy at the University of Antwerp.
Before joining the Clingendael Institute, he was Director of the Centre for the Study of Diplomacy at the University of Leicester (UK). At Clingendael he held various management positions (2001-12). He taught at the College of Europe (Belgium) and has been a visiting scholar at China’s Foreign Affairs University in Beijing. Jan Melissen has done research and advisory work on diplomacy for various governments and he lectured in many countries in North America, the Asia-Pacific region and Europe. He is founding co-editor of The Hague Journal of Diplomacy, editor of the Diplomatic Studies book series with Martinus Nijhoff, and he is on the editorial board of various international journals. His current projects are on trends and innovation in diplomatic practice, foreign policy strategy and public diplomacy. He graduated in Politics and International Relations at the University of Amsterdam (the Netherlands) in 1988, and in 1993 he was awarded a PhD in Law from Groningen University (the Netherlands).