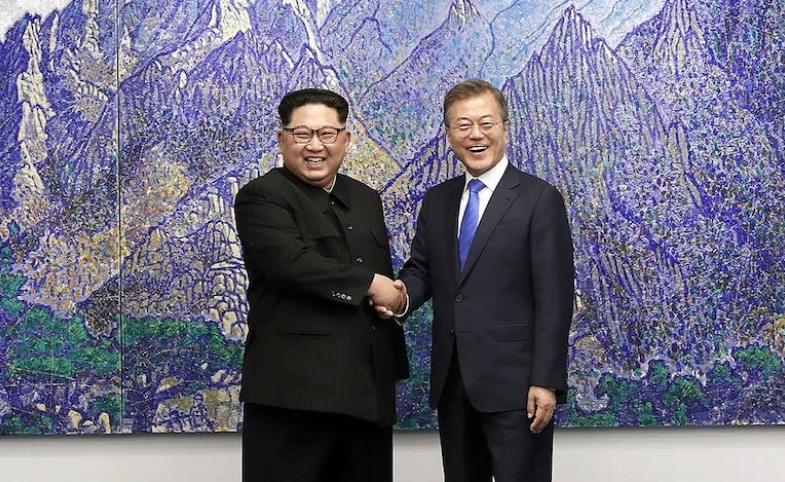 Even before the Korea Foundation and the USC Center on Public Diplomacy announced a new grant opportunity to further research on South Korea’s soft power and public diplomacy through the lens of summitry with North Korea’s Kim Jong Un, a wave of commentary and discussion about recent summits had already overflown the community of North Korea watchers.

Being an optimist and seeing summit diplomacy with Kim as transformative in world politics, I suggest viewing the Xi-Kim, Moon-Kim and Trump-Kim summitry through the perspective of face-to-face diplomacy and through the fear-cooperation-trust triad.

Marcus Holmes’ face-to-face diplomacy theory explains why leaders engage in this type of diplomacy and what outcomes follow such interactions. The fear-cooperation-trust triad has been adopted from Ken Booth and Nicholas Wheeler’s seminal book on the security dilemma that explains various implications of the intersection between fear, cooperation and trust for inter-state relations.

Summit diplomacy with Kim began with a surprising and mostly unexpected meeting between Xi and Kim in March 2018. Kim’s visits to China followed in May and June 2018, in January 2019, and finally in June 2019 with Xi’s visit to Pyongyang. The first three summits were conducted in secrecy or accompanied by rumors and were revealed to the international audience after the summits occurred. The intended secrecy could be explained by security reasons and the authoritarian nature of political organizations in both countries.

Looking through the prism of the fear-cooperation-trust triad, it seems that both leaders and countries do not express fear in relation to each other. There is no visible evidence that North Korea would ever threaten China, whether with ballistic missiles or its nuclear arsenal. The opposite is also true—China does not seem to pose any threats to North Korea. Instead, China is powerful enough to balance relations in the region and is interested in sustaining regional stability.

These summits with Kim may be well-taken as the starting point for an actual dialogue between North Korea and the international community.

Xi-Kim interpersonal relations might be explained through a civilization societal compound of traditional Confucianism. If Xi represents traditional seniority and stability, then Kim should represent a younger generation and might seek support and protection from the more senior Xi. If this is the case, then there might not be a real fear dynamic to observe.

However, economic sanctions do not allow China to help North Korea economically, making cooperation largely impossible, but it can successfully proceed in other areas, such as cultural, humanitarian and spiritual. In this case, jumping to the trust stage should be a natural and smooth process.

The general line for the inter-Korean summits is reconciliation and peaceful coexistence. The summits took place in April, May and September 2018, and a handshake between South Korea’s Moon and Kim took place during the April summit at the DMZ. The summits were prepared and announced in semi-secrecy. The summit in May was a surprise, but the other ones were announced in advance, although with little notice. Due to strained bilateral relations, this may have been to avoid the potential embarrassment of a no-show for Kim. There might have also been a reputational and political concern at play, as the conservative part of South Korean society does not show genuine support for reconciliation and the public’s reaction might not be fully predictable.

Also, South Korean society demands a certain level of openness and democratic transparency when it comes to foreign policy, and the North Korea issue is a foreign policy issue rather than a domestic one. The general tone of the inter-Korean summits was to pursue reconciliation and ensure the lasting peace on the peninsula. The underground flow of information indicates rational choices for both Koreas to keep the peninsula safe and to eliminate the danger of preemptive strikes. Yet, rational choices in diplomatic negotiations do not necessarily mean building trust between the Koreas.

The main international players who have leverage to deal with North Korea are China and the U.S. South Korea does not look to be a significant player in resolving the nuclear crisis and reshaping the politics of the region. Its military alliance with the U.S., the deployment of the American troops, and overall cooperation with American power also make South Korea less trustworthy to North Korea and to China. The inter-Korean summitry phenomenon and trust building has real challenges.

However, there is no real fear expressed towards North Korea’s nuclear capacity, even though in the outbreak of nuclear war, Seoul might be the first target. The view of a relative indifference towards North Korean threats has been expressed by South Korean people even in the midst of nuclear crisis. There was a widespread belief that North Korean nuclear weapons do not pose a direct threat to South Korea because they are directed exclusively against an external enemy and will never be used against “Korean brethren.” The real fear, however, comes from cyber-attacks to which South Korea is very vulnerable.

The cooperation between the Koreas was already taking place before the summits through the Sunshine Policy. Now, any economic cooperation is largely impossible due to economic sanctions, but other methods of cooperation are existent: humanitarian assistance, joint railroad inspections in North Korea, removal of mines along the border lines, etc.

The Trump-Kim summits in Singapore, Hanoi, and a flash summit at the DMZ on June 30, 2019 attracted enormous attention worldwide. Despite the questioned outcomes, the summits also appear to have been the most discussed and referenced. The personalities of both Trump and Kim added to such interest and observation. The essence of face-to-face diplomacy grows exponentially in this summitry, accounting for the power to reshape U.S.-North Korea relations and to further impact international relations and diplomacy in Northeast Asia.

The absence of notable signed agreements should not be taken as a failure because the most useful summit meetings would instead concentrate on disagreements and ways to address them.

Because of the summitry, the positive dynamic for the peninsula and for the whole region should be praised, encouraged and further developed. For Trump and Kim, there is a real chance to overcome mistrust and build interpersonal relations that might lead to the improvement of bilateral relations.

For now, cooperation is problematic due to unsolved issues of North Korean denuclearization, sanctions, human rights violations and more, but other approaches might be enhanced, such as cultural, scientific and educational cooperation.

Fear theoretically might be present but would most likely be exhibited by North Korea. Kim seems a pragmatic and rational politician and understands his country’s limited technological capacity for progress and prosperity due to estrangement from the international community.

These summits with Kim may be well-taken as the starting point for an actual dialogue between North Korea and the international community. Kim demonstrates his willingness to sustain dialogue with regional and international partners. Kim’s encounters with Xi, Moon, Trump and, recently, Putin are evidence that summitry has a significant potential.